Did You Hear About This Komodo Dragon That Was Rescued from a Garbage Can in Queens? | spoiled NYC

Did You Hear About This 9-Pound Komodo Dragon Rescued from a Garbage Can in Queens?

It seems like New York City just can't get enough when it comes to animals running loose.

We all remember Pizza Rat... but there's also been a wild coyote who ran loose a few months back, that hawk who killed an innocent pigeon in broad daylight, and then who can forget that alligator who was found all the way in Uptown Manhattan, right?

But this story right here, first reported by DNA Info, might just take the cake as the most wild of 'em all.

According to Dr. John Charos, who works at the Central Veterinary Associates in Valley Stream where the Komodo dragon recovered from surgery,  "She may have gotten into a fight with a raccoon since she came in with a lot of bite wounds," he said.

"She had an infection going on and since it was a bit too cold out there for her, her metabolism was slow." 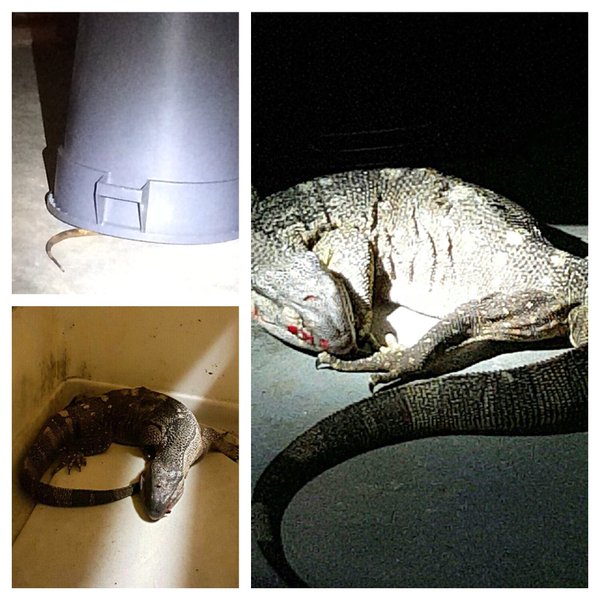 In case you're wondering, it's absolutely illegal to keep a Komodo dragon as a pet in New York City-- although there has been no one charged yet in this wild tale, according to the NYPD.

Check out This 25 Pound Rat from London That Makes NYC's Rats Seem Like a Joke.