New York’s art scene tends to thrive during the summer months and 2018 is no exception.

In this guide, you will find artwork that is in essence arresting. The exhibits contained in this guide will command your attention whether it is through optical illusions, immersive audio-visual installations, politically charged imagery, or live dance performances. 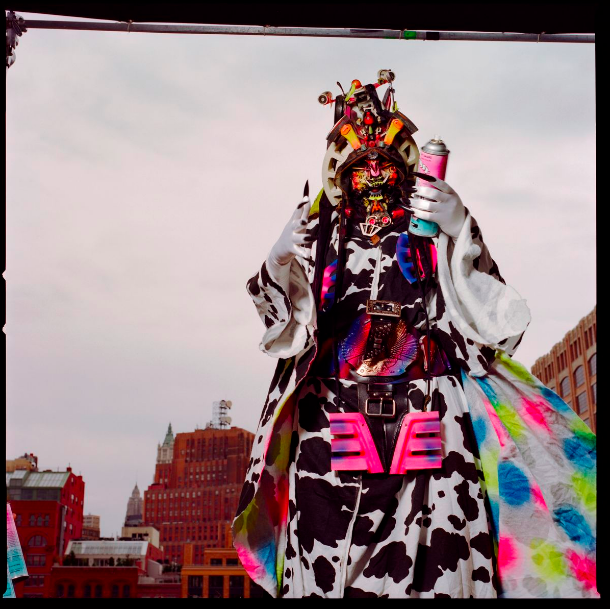 Rammellzee -cultural influencer, legendary artist, graff, and hip-hop pioneer, and New York cult icon- is bringing a retrospective of his vast amount of work to New York this month.

Whether you recognize his name from his seminal record Beat Pop, “which is still widely regarded as one of the foundational tracks of early rap, and has inspired artists such as Parliament Funkadelic, the Beastie Boys, and RATKING,” his hip-hop collaborations with Charlie Ahearn and Basquiat, or his cameo on the all-time classic film Stranger than Paradise, this is a show not to be missed.

Racing for Thunder examines the evolution of Rammellzee’s artwork and will provide its viewers with snippets of his vast body of work, including his seminal post-graffiti artwork, pieces from his Letter Racers and Garbage of Gods exhibits, as well as new work commissioned by Red Bull Arts New York. 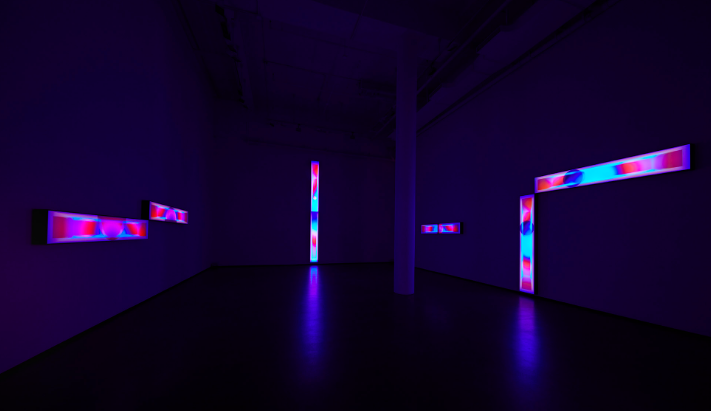 This exhibit overall creates a soothing atmosphere. One that comes to fruition because of the synchronicity there is between the hushed, intermittent soundtrack playing in the background and the fluid animations that dance to its rhythm. 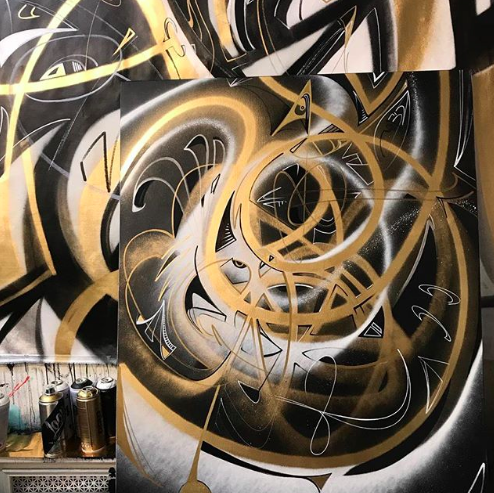 Zeehan Wazed’s work is blending the worlds of sculpture, painting, and performance art.

‘Momentum’ marks Wazed’s first solo show at ABXY. In this exhibit, viewers will be given an iPad that when pointed at one of Wazed’s paintings, will play the dance choreography that was inspired by that particular piece.

Through this show, Wazed is, therefore, attempting to provide a visual representation of the ways in which the worlds of dance, music, and fine art are interlaced inside his mind.

ABXY is located on 9 Clinton Street 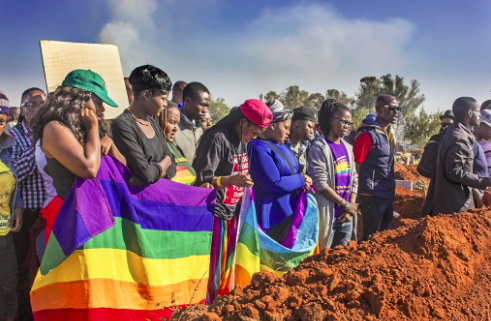 ‘Pride and Loss’ provides a visual representation of the “joys and brutalities faced by the LGBTI community in South Africa.”

Even though South Africa was one of the first nations to legalize same-sex marriage in 2006, this country is still riddled with widespread violence and systemic bias against LGBTI people. For instance, a staggering “four out of ten LGBTI South Africans know of someone who has been murdered ‘for being or suspected of being’ lesbian, gay, bisexual or transgender.”

The intent of this show is therefore not only to showcase the courage and strength of the LGBTI community in South Africa but also to encourage local communities to “use artistic tools such as cameras as weapons to fight back.”

In this sense, the South African artists gathered by this show, want to motivate New Yorkers to struggle against the homophobic prejudice and violence that has been pervasive over the past year in the US and that has specifically targeted transgender people.

After touring all over the world the exhibit “David Bowie Is” will have its last stop at the Brooklyn Museum.

This show will provide its viewers with unprecedented access to Bowie’s interdisciplinary legacy, which includes “approximately 400 objects drawn primarily from the David Bowie Archive, including the artist’s original costumes, handwritten lyric sheets from famous songs, original album art, photographs, and videos, all tracing Bowie’s creative process from his teenage years in England through his last twenty years, when he resided in New York City.”

In here you will also find dozens of immersive rooms filled with “immersive, multimedia installation that includes continuous audio along with projected animation and video.” 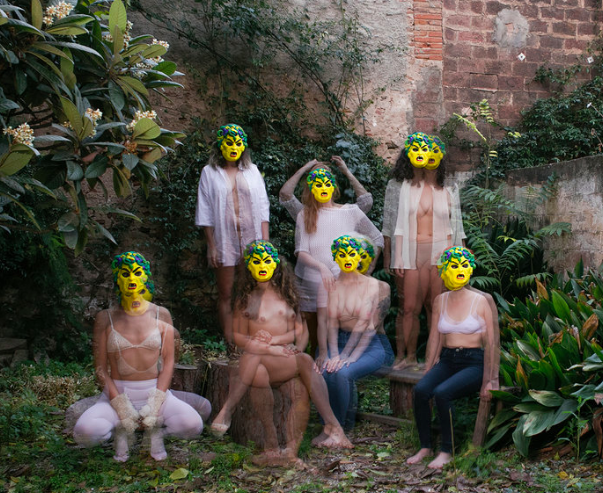 This month Air Gallery is covering its walls with postcards designed by artists from around the globe.

The ‘Wish You Were Here’ show is dedicated to “immigrant rights and reproductive justice advocate, Alejandra Pablos, who was detained on March 7th for protesting against the Department of Homeland Security at a rally in Virginia.” All the proceeds of this show will go to benefit A.I.R. Gallery programs and towards financing Alejandra Pablos' legal fees.