Sometimes there's just nothing you can do in the face of obliviousness.

In New York City, we're acutely aware of this fact, being constantly cut off on the road and sidewalk by those pushing their way in or out. It's savage, but sometimes we enjoy it.

The internet definitely enjoyed shaming a young woman on a plane from Houston to Boston who recently made the mistake of hanging her ponytail over her head rest, obstructing the view of the Boston Globe columnist Dante Ramos sitting behind her.

Soon after, Ramos posted a photo of his first world problematic life, over 7,000 people retweeted and the shredding began.

Eventually, Ramos got the attention of the young woman who moved her hair right away.

But check out all the gross and gnarly stuff people suggested as punishment for her!

As for a journalist shaming a woman for her ponytail obstructing his in-flight entertainment, well, what's there to say? He works in Boston. She may have invented a new way to be awful at 35,000 feet, but he has to live it every day on the ground. 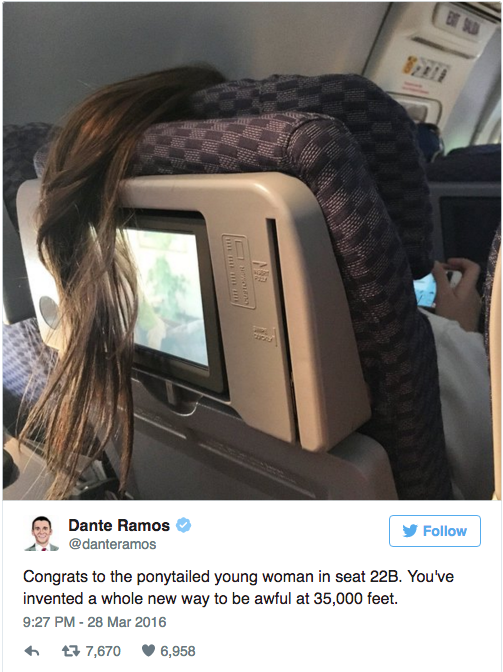 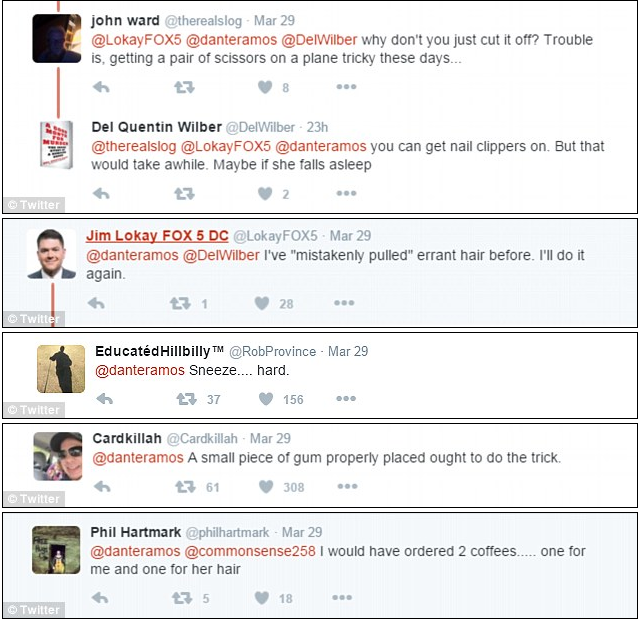 Check out This NYC Subway Rider Woke Up to a Giant Rat Crawling on His Head.