Every year around Christmas, a short list of products materializes out of the ether essentially determining what trendy thing everyone gets under the tree. In the past, it's been Tickle-Me-Elmo, Nintendo 64, Furbies, Tomagotchi, etc.

While toys regularly account for a good portion of that short list, entertainment products like game systems and iPods have been big sellers in the past.

For this past Christmas, Amazon's best selling home audio system was a turntable-- the $50-range Jensen JTA-230 with built-in speakers.

With vinyl sales having eclipsed those of other physical distribution formats in past years, it's without surprise that an entry-level turntable was one of the most popular Christmas gifts bought on Amazon.

The JTA-230's built-in speakers don't sound amazing, but the system does have some cool features besides being inexpensive.

For one, it's a three-speed capable of playing 33/45/78 RPM records. It kind of bridges the gap between 1976 and 2016 by including software, cables, and a USB port to convert records to MP3 format so you can take your records on the go, more or less.

Being that it's a stereo turn table for beginners that converts music into MP3 rather than FLAC, it's likely audiophiles aren't the ones buying these up like hotcakes. 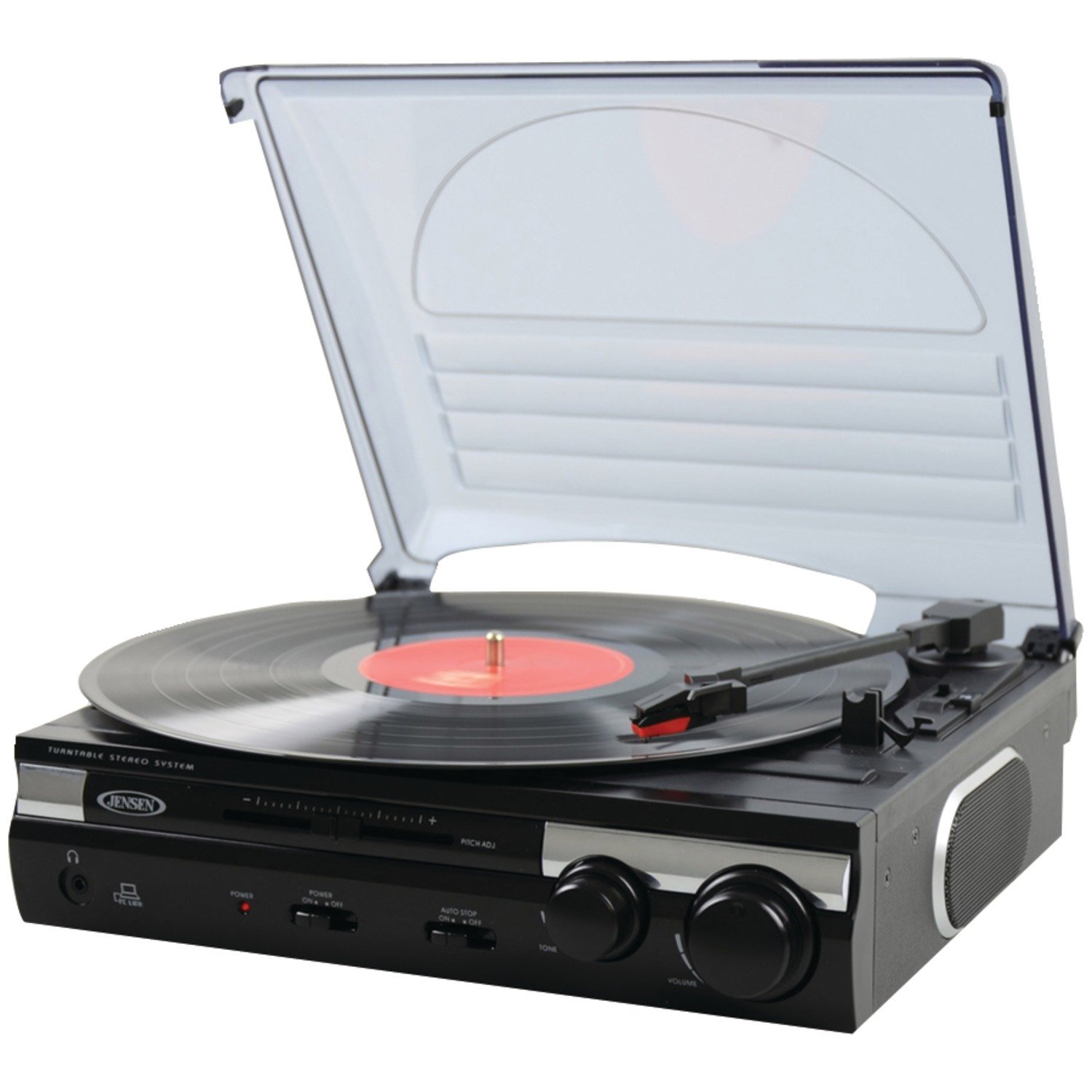 Instead, it's more likely that countless adults had the, "I Remember Getting My First Record Player..." discussion with younger family members and loved ones as they introduced newer generations to the joys of dusting and not breaking the equipment.

On Amazon, the best selling vinyl to go along with it was, not surprisingly, Adele's 25.

Check out 25 Can't-Miss Concerts in NYC This January.