Happy New Year, from all of us here at spoiled NYC! Hope you've been unscathed by the blizzard this week as well.

Now that we have all been forced to leave the calendar bubble that it holiday bliss and rejoin the real world (only 354 more days until Christmas) here’s a monthly guide to having fun while avoiding the cold. 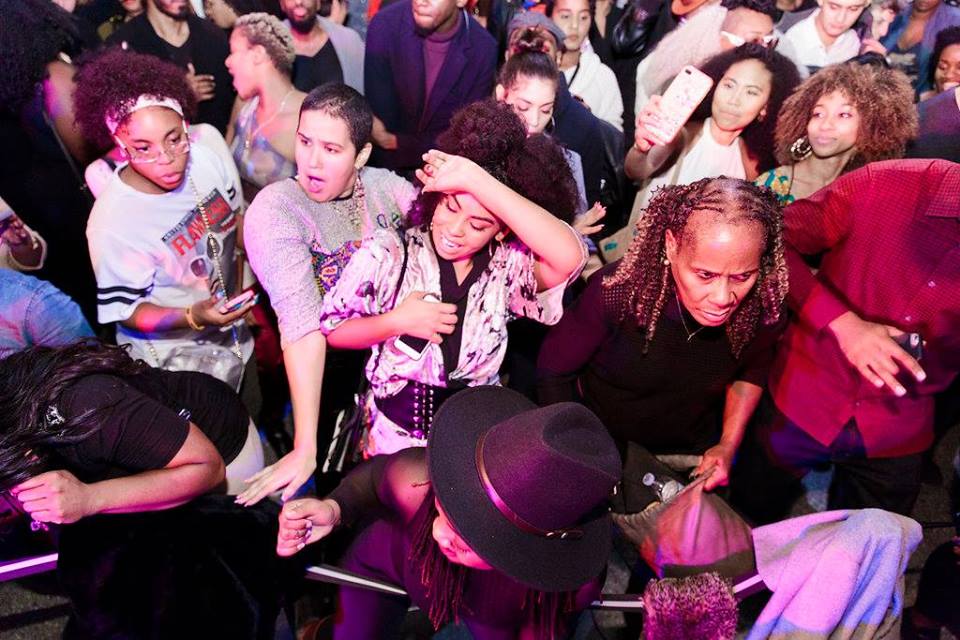 Brooklyn Museum's monthly first free Saturdays continue into 2018. In honor of the New Year, imagine new futures with artists and changemakers. Happy Hour is 5-7 PM, and the evening is filled with a few talks, showcases, and of course, music and party vibes.

The annual event staged by Improv Everywhere will be happening this Sunday. What was once a small prank has turned into an international phenomenon. Head over to the Improv everywhere website to sign up for details to join the mission.

ICYMI, Videology Bar & Cinema, The Brooklyn Horror Film Festival, and IFC Midnight team up one Monday a month for screenings of recent and upcoming horror films.

Don’t forget to stick around after the movie to redeem your ticket for $2 off at the bar. 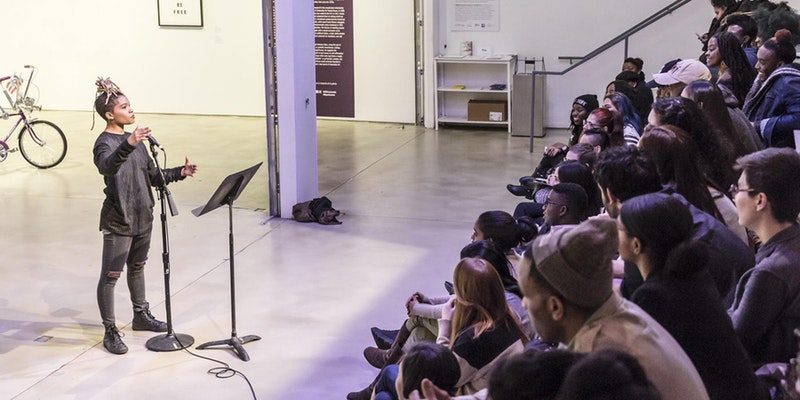 Hosted by BRIC, the Brooklyn Poetry Slam brings forth some of BK's best slam poets for a monthly gathering of words and wisdom.

There's also going to be an Open Mic afterward, so come early to sign up if you want to get your slam on. No need to RSVP, just remember it's first come, first serve.

Best of the Bay is a concert in Long Island, featuring some of the best up-and-coming acts throughout the state including BTG, Brooklyn-based StravDuhGod, and Johnny 2 Phones to name a few.

The show is 16+. Attendees 21 and over will get a wristband at the door.

Stick with your resolution and find your flow surround by art, courtesy of Adidas. After yoga and mindfulness meditation, participants are encouraged to explore the galleries on a self-guided tour of specially selected contemplative objects.

It's a great way to get the creative energy going. For those who still haven’t figured if yoga is their thing, yoga mats are provided.

globalFEST is moving the 15th-anniversary edition of its flagship festival to Midtown, adding a new collection of sounds in the world stomping ground that is Times Square.

Heralded as the city’s largest public celebration in honor of Dr. Martin Luther King Jr., the Tribute returns to BAM in Brooklyn for the 32nd year.

Created and curated by world-renowned activists, intellectuals, and civic leaders with the goals to pay tribute to King’s legacy and keep his message alive.

Head to BAM for a full day of free events, including a movie screening, a talk featuring keynote speaker Jelani Cobb, and an art exhibition.

Show your solidarity and support with a benefit reading by #PoetsForPuertoRico to raise funds and continued awareness of the ongoing political and environmental devastation in Puerto Rico.

NYC Restaurant Week returns at the end of the month. New York is one of the most food diverse places in the world, to the point we’ve even played Frankenstein with our foods.

Check the website after January 8 to browse menus and book tables (and if you love somewhere, trust me, make a reservation).

Your admission buys you a sampling glass to enjoy an all-you-care-to-taste sampling of beer and bourbon.

With over 60 beers and 40 bourbons paired with noms by Chef Elliott Farmer & Farmer's Gourmet Catering, you’ll have a southern fun afternoon.

I have been a Knicks fan since birth, but I’m waiting for the day that either New York basketball team *actually* makes it through the playoffs.

Head over to Watch the New York Basketball rivals duke it out on the court. Tickets: Barclays & Madison Square Garden

Recently featured in Spike Lee’s She’s Gotta Have It (#teamGreer), Brooklyn Moon has been a Fort Green staple for over 22 years.

Celebrate the full moon and sing your heart out, with $4 margaritas providing you\ courage.

The open mic starts at 7 PM and is open to creatives of all types (rappers, poets, musicians).

Make a Volunteer profile on Volunteermatch and start giving back this year. There are even virtual opportunities for those getting started.

That's all for this month! Enjoy and make the most of it.