Next Month, You'll Be Able to Buy Your Asparagus Water in Bryant Park's New Whole Foods

Despite being smack in the middle between Times Square and Grand Central Station, Bryant Park can actually a pretty nice place to spend a quiet afternoon.

That is, when it's not overrun by tourist groups who are lost on the way to Rockefeller Plaza. So basically, not very often.

The rare quiet moments around the Stephen A. Scwartzman building are going to be even fewer and far between soon, since the Whole Foods between West 41st and 42nd Street will be opening at the end of this month, on January 28th.

It's hard to be that mad, because it's not exactly gentrifying the area, but let's be real, it's probably going to be useful to the area, even if it does make it even more difficult to navigate.

“Bryant Park is known as one of the highest pedestrian traffic areas in the U.S., and Whole Foods Market will add an exciting breakfast, lunch, dinner and shopping option for the area’s residents, commuters, office workers and tourists,” Whole Foods said in a press release.

We don't know what kind of masochist would go food shopping in that area, but we bet employees in surrounding buildings are psyched for the new lunch options.

Whole Foods' next stop in world domination? An outpost on Wall Street in FiDi. At least they know their target audience. 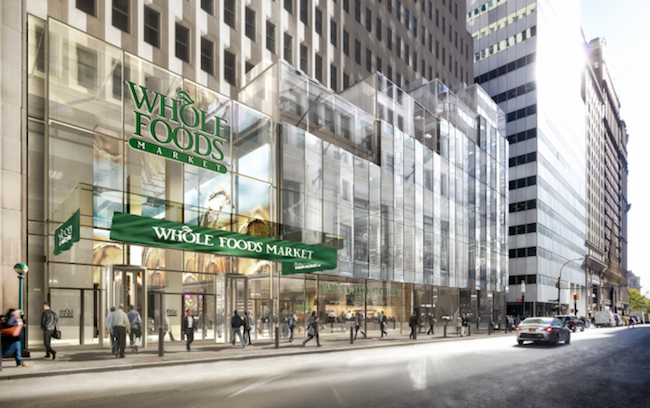