New Yorkers, Are You Sure You're Getting the Internet Speed You're Paying for?

It's a fact in New York City that if we do not keep a close eye on our utility companies, they'll rob us blind. The same thing goes for landlords, banks, and basically any company we pay for goods or services.

Even when we do keep a close eye on them, they rob us blind, and there's little any individual can do about it.

Sure, there are watchdogs like the Better Business Bureau, but even they aren't necessarily reliable.

So in the pursuit of ensuring New Yorkers receive the internet speeds we pay for, there is now a crowd-sourced data collection campaign headed by NYS Attorney General Eric T. Schneiderman aimed at protecting citizens from predatory or underperforming internet utilities.

Basically, it comes down to this: have you ever wondered why your internet is going so slow all the time and you just assume your computer is the problem? You may be costing yourself a lot of money on that assumption.

The FCC issued the Measuring Broadband America report before, but privacy laws restricted their research and data considerably.

To fill in the blanks of the Measuring Broadband America report, and hopefully catch providers not living up to their advertising, you can now go to InternetHealthTest.org to give your web speed a checkup.

Besides the FCC's test being restricted by people's privacy, it also only measures internet speeds one way: the "last mile," as in how fast the users data moves along the network. 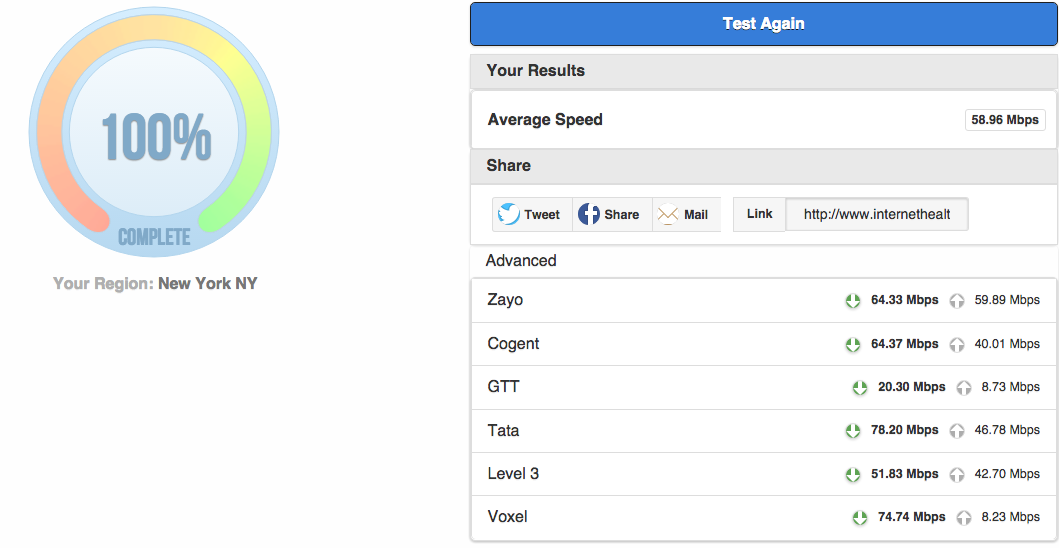 In comparison, the InternetHealthTest.org evaluation measures how quickly your data moves along multiple points in the system, providing a more exhaustive test.

Users are encouraged to take Internet Health Test and screen shot the results to send into the Attorney General's program (directions onsite).

Schneiderman reiterated, "Too many of us may be paying for one thing and getting another. By conducting these test, consumers can uncover whether they are receiving the internet speeds they have paid for."

Check out There's Another Reason to Lighten Your Wallet This Holiday Season.