Hip Hop Born & Raised: Check Out This Incredible Map That Shows Where NYC-Based Hip Hop Artists Are From

Hip hop and New York City have an unbreakable bond.

While it has become a global phenomenon, hip hop was born here. It lives here. But where, exactly?

But have you ever seen a map of hip hop?

Thanks to the lovely folks at Charts and Maps, now you can. The map won't tell you anything you don't already know if you're a serious head, but it is always nice to see things represented visually.

Now of course the majority of artists we see on the map come from South Bronx and Brooklyn. But each of the five boroughs are represented here.

Even Kuris Blow is the farthest outlier on the map. If they'd included New Jersey we'd also have Wycleff Jean and Lauryn Hill, but where do you draw the line? 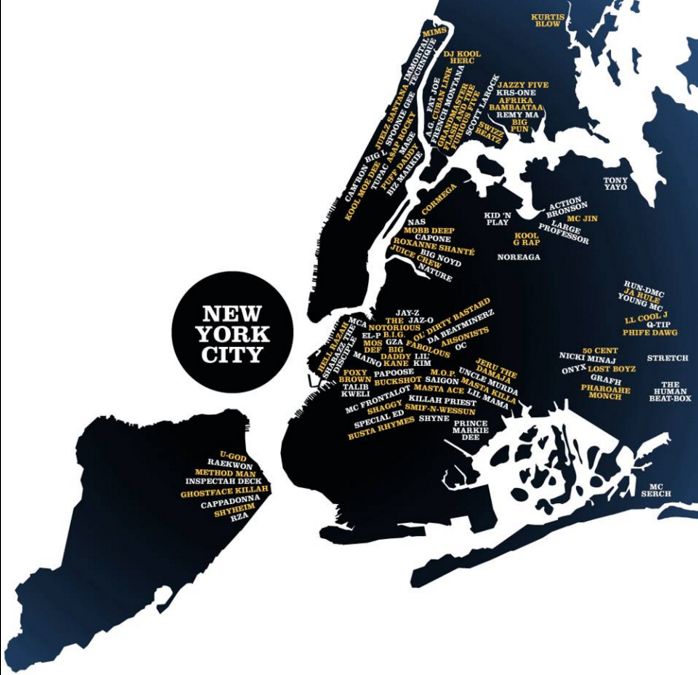 Check out This Map That Shows Which Subway Station Is Closest to Cheapest Apartments in NYC.