Raise your hand if someone (college advisor who keeps forgetting your name in your thirty minute counseling session, parent who hasn't applied for a job in thirty years, friend that is annoyingly more successful then you, etc.) has given you the advice to "try and make your resume stand out."

But what does that actually mean? You never know if you're dealing with an HR rep that basically considers irregular fonts an attack on their family.

Worry no more. Lukas Yla, a 25-year-old marketing professional job hunting in San Francisco has cracked the code– he's already scored almost a dozen interviews by applying to jobs with copies of his resume in a box of donuts.

That's one way to avoid the slush pile of the resumes from dozens of other near identical candidates that are bound to be applying to the same job as you (wow, sorry, this is getting kind of rough).

Yla took things one step further by posing as a Postmates worker to hand deliver the donut packaged resumes to 40 recruiters at marketing agencies and tech firms he's interested in working for. Obviously, no one's gonna turn down a box of fancy donuts, even if you don't know who it's from.

When the box of donuts is opened, Yla's resume is front and center, declaring "Most resumes end up in trash. Mine– in your belly." Talk about a Trojan horse. Trojan... donut?

Not to be a buzzkill, but we just can't help but feel a little wary for the future of the already intense job market, especially for millennials. Is this what we need to do now? Feed employers sugary treats to be considered for jobs we're qualified for?

As reported by Thrillist, Yla acknowledges it's "a bit odd" to pretend to be a delivery worker to score a job interview but his success rate is making it hard to really question him too hard.

With that type of innovative thinking, he's bound to stand out, even in the competitive tech and marketing job pools. 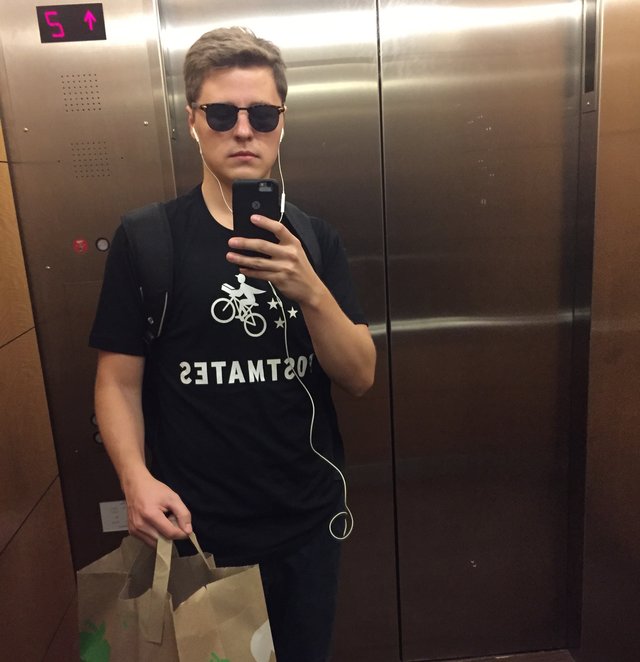 "I had 10 interviews so far and I haven't delivered donuts to all the companies I admire and love what they're doing yet," said Yla. "Recruiters, marketing pros, and people in general love this kind of approach, it's something you didn't expect, fun and out of the box."

Yeah, we're inclined to believe him.