14 Reasons Why Greenland is the Perfect Adventure for New Yorkers

If there's anything we crave more than culture, it's epic adventure. Except maybe pizza, because pizza is everything. Wood-fired pizza, late night pizza, breakfast pizza... anyways. Back on track here people. Adventure is better when it's uncharted, off-beat adventure. So how about gettin' down and dirty with your bad adventurous selves on the biggest island in the world? NBD.

As if you needed convincing. But just in case, here's 14 ways to delve into the Greenlandic adventure culture that should will absolutely do the trick.

Didn't think you could have an adventure without actually doing anything? Welp, turns out ya can. The mountains in Greenland are so arresting that your heart will race just LOOKING at them. Little effort = big reward. Boom. 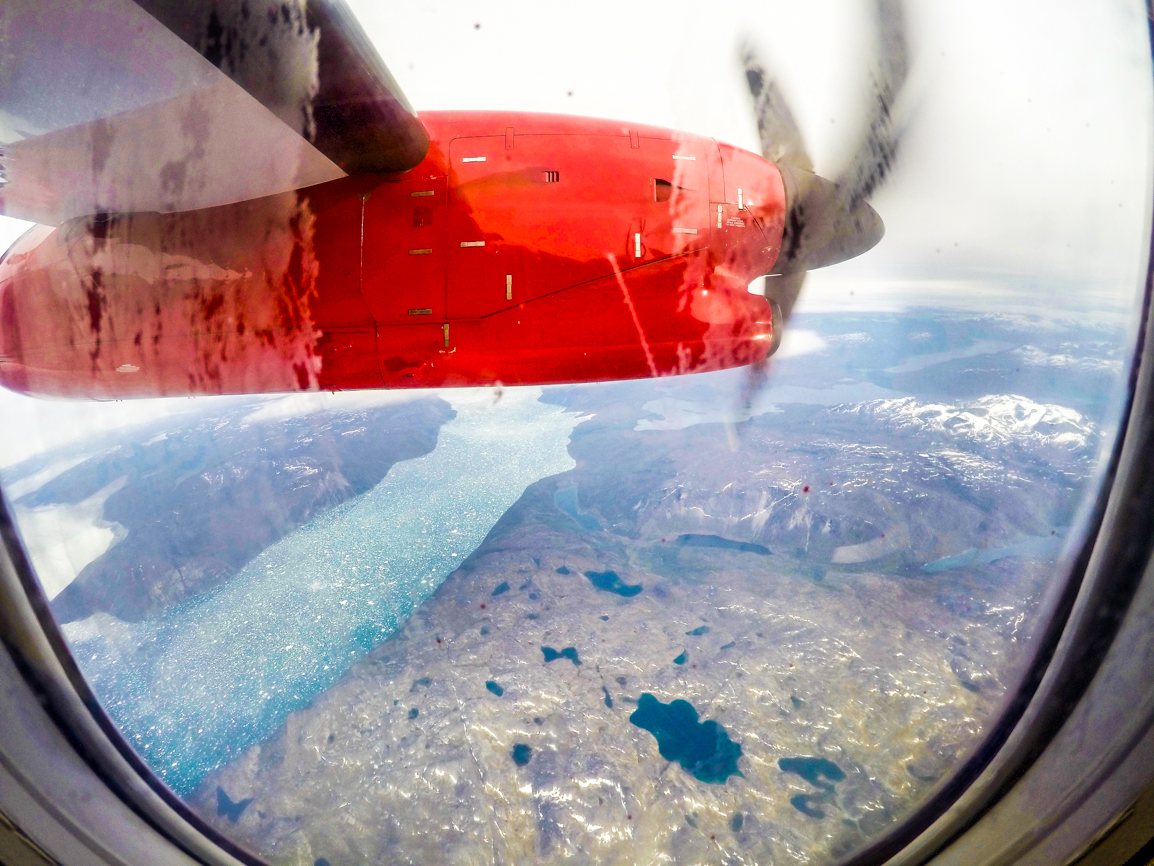 Your arrival is via small Dash-8 propellor airplane where you can view icebergs like sprinkles in the Arctic ocean from above, and soar over the ice sheet. Just beware, that sh*t is blinding. Get ready to swoop over downright majestic fjords galore as you prepare for landing.

Your four-year-old self will be jealous of the real-life toy airplane you just flew in on. 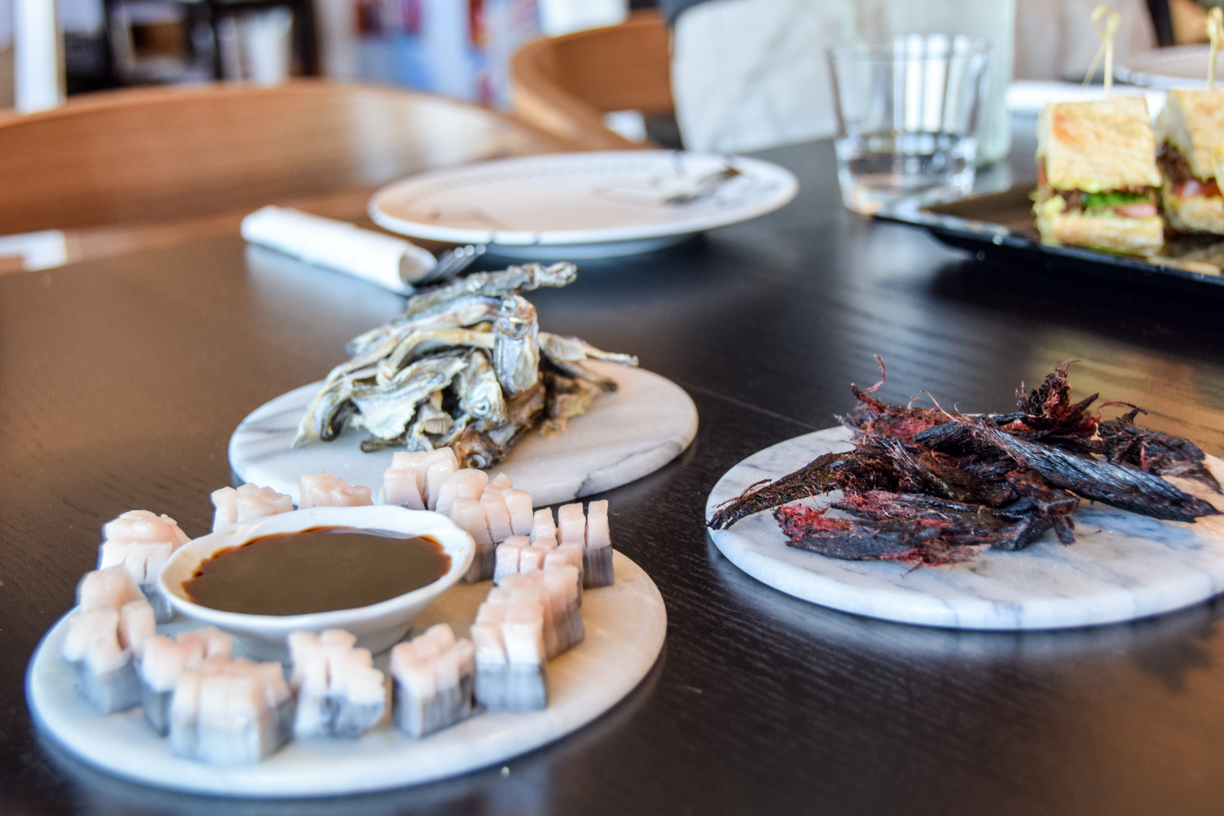 Every travel-venture requires snacks, and in Greenland your nosh options will take your level 10/10 adventure and raise it. Try the narwhal bites—it's whale skin and blubber with a chewy texture that Greenlanders deem "Greenlandic chewing gum."

Or maybe you'd like to embark on eating some dried seal meat? You said you wanted adventure... you and your taste buds got it, dude. 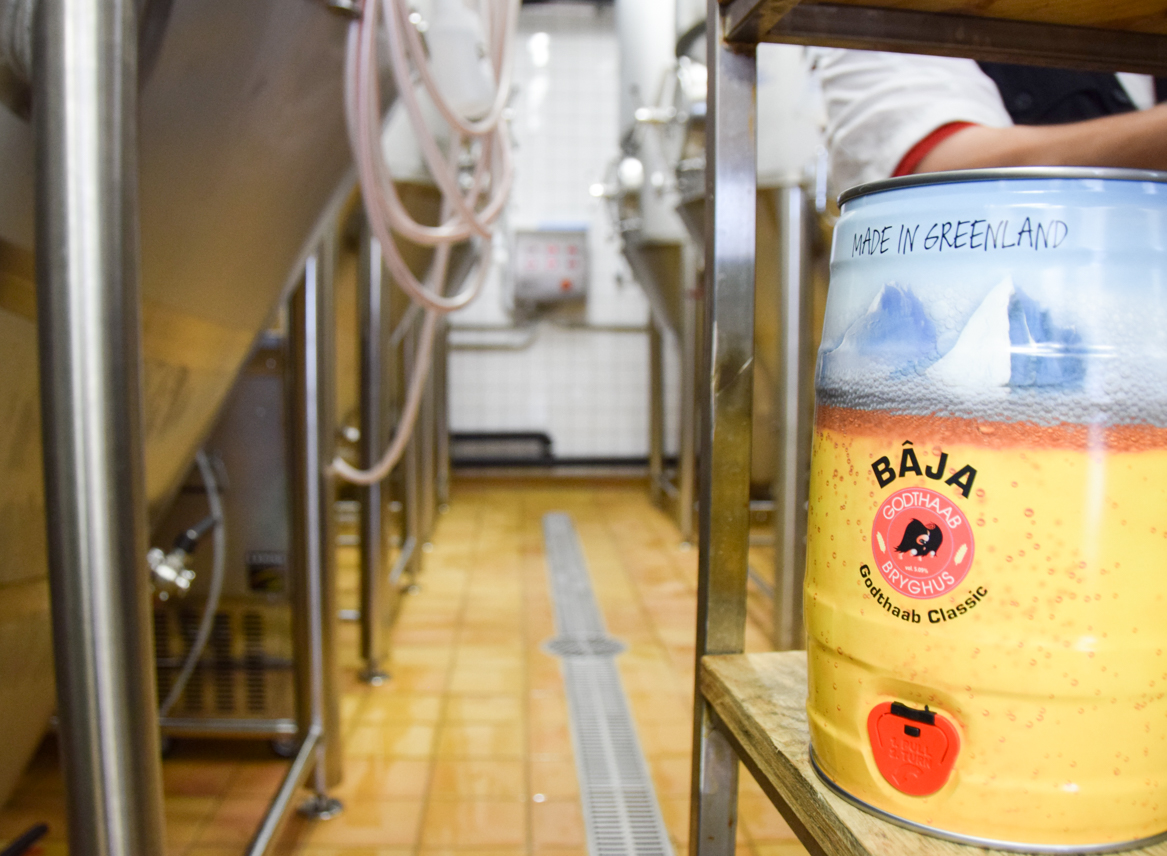 Every solid escapade should involve the option for adult beverages. Bring "cool" full circle by venturing into Nuuk's own microbrewery.

Celebrate adventure the Greenland way, with some extra bubbly in that brew when sampling their magical Pullartat creation. What's that, you say? Their very own beer-champagne brew, naturally. Adventure in liquid form—who knew! 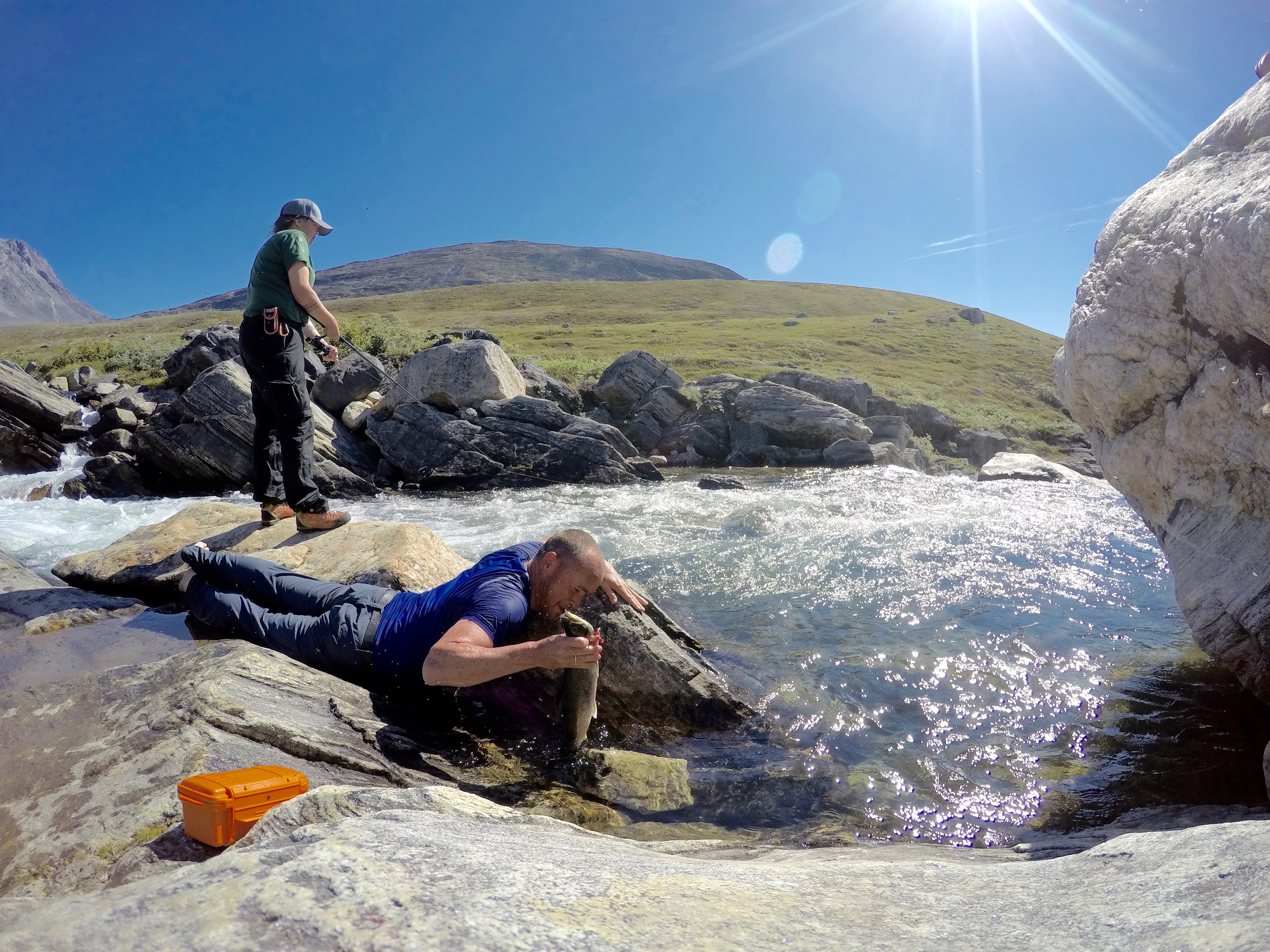 Fishing is an adventure in and of itself, sure. Doing it the traditional Greenlandic way though is a touch more "hands-on"... literally. Hand fishing is the name of the game and it is, in fact, fishing with your hands.

If you're picturing yourself sprawled across a giant rock in the midst of an icy stream feeling around for the exact perfect moment to shove your hands blindly into the gills of a trout, then you're picturing correctly.

Hop on with ABC Charters and experience adventure tailored to your arctic desires. Deep-sea fishing? No problem. Remote settlement explorations? You got it. Cruising in an ice fjord dodging iceberg after iceberg? YUP.

Trade in your Central Park picnic days for an iceberg picnic, because why not.

You'll think you jumped into an actual painting. Test your limits in the Greenlandic wilderness in terrain riddled with untouched lakes, snow patches, and views.

You'll lose your breath in the physical sense and the awe-inspiring sense. Thirsty? Shan't be an issue. Water is so clean you can drink straight from a stream. You're cool Poland Spring, but you ain't a pristine glacial stream. 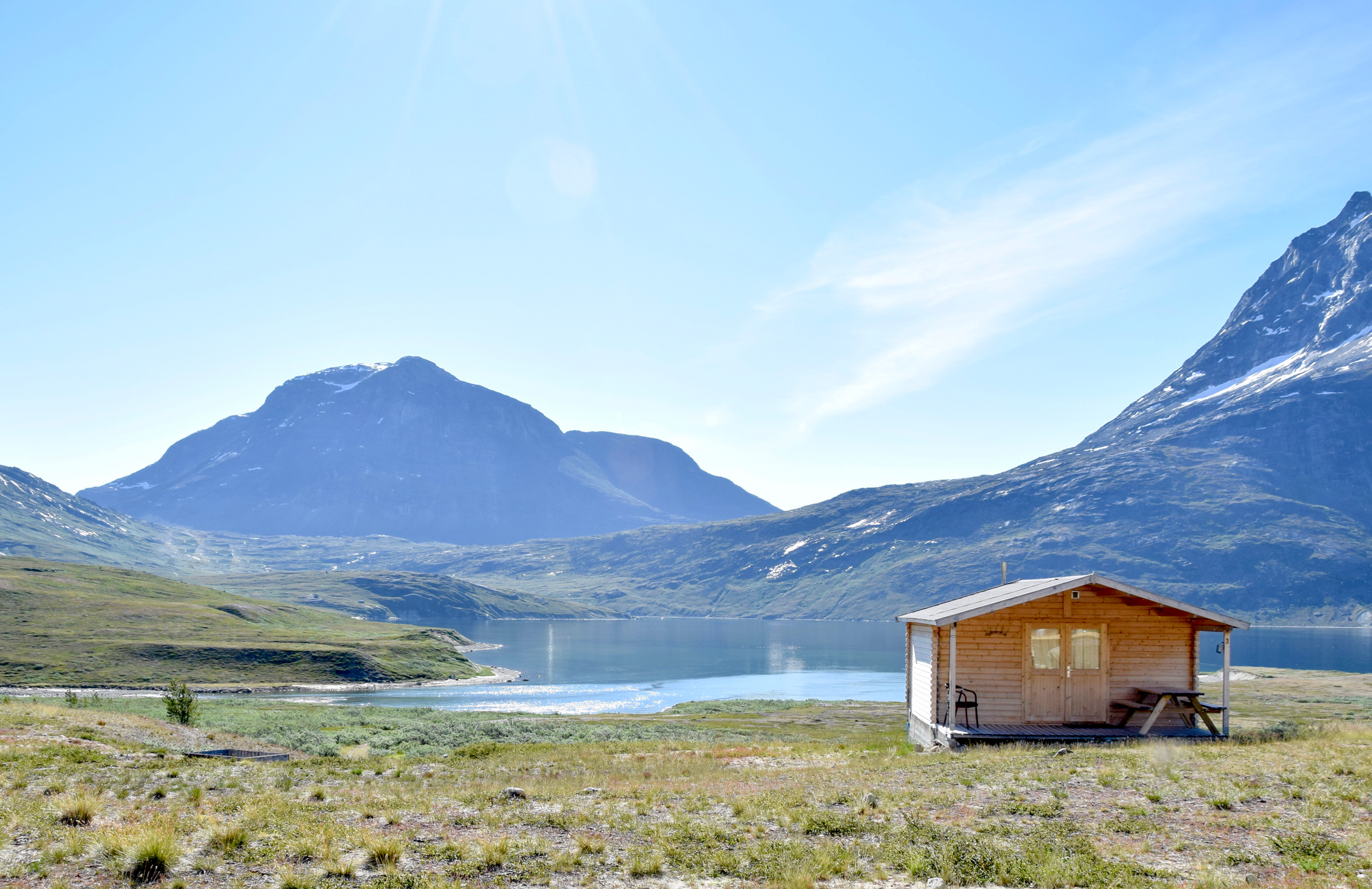 You don't experience Greenlandic summer until you experience the cabin life. For city dwellers like ourselves, going remote is well out of our comfort zone.

Indulge your wild side in Nuuk's surrounding fjords while slumbering in a mountain cabin that'll bring you back to basics, in the best way possible.

Snuggle up for tippy-top sunsets at the end of the world where the only sounds lulling you to sleep is the silence that nature gifts, and the occasional mosquito. 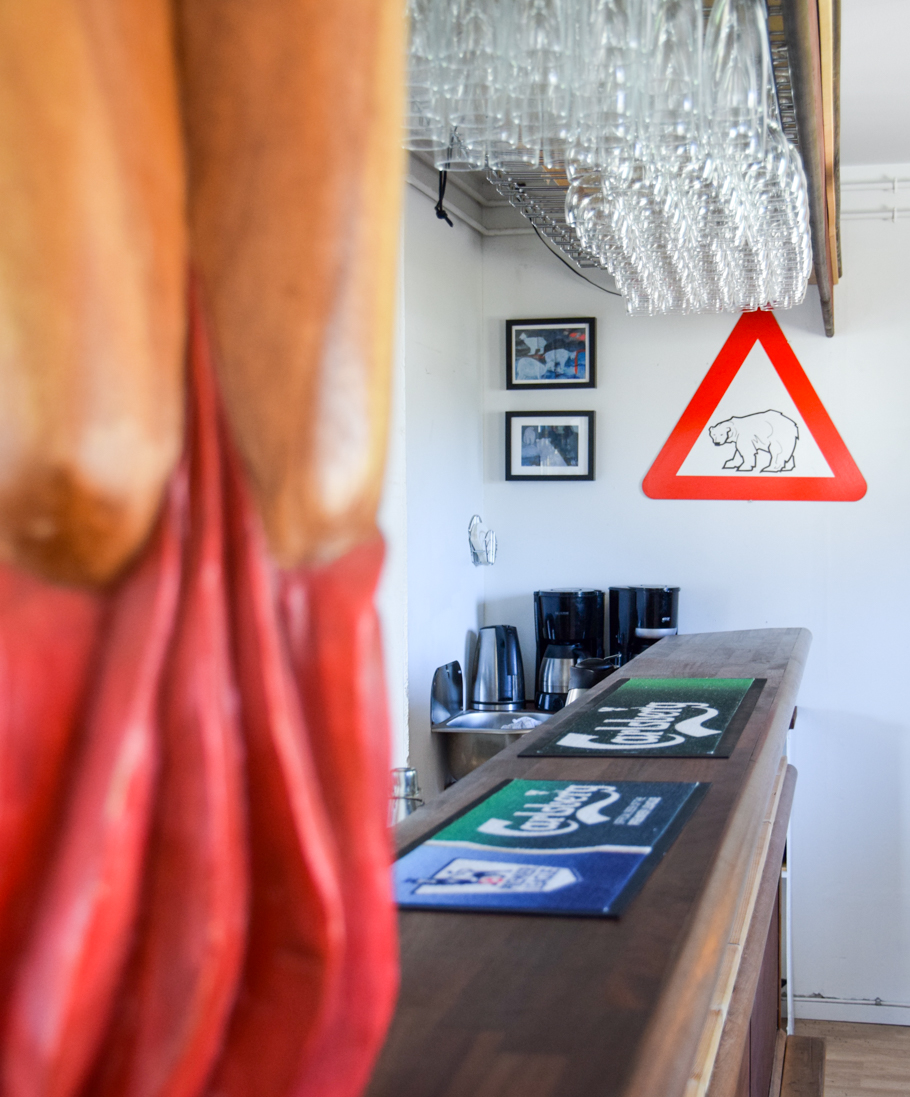 When you have to bring a rifle on a hike because of a recent polar bear sighting, well, now you're living! (Very unusual around Nuuk, but still cool as all hell.)

Some of the other cast of characters? Musk-ox, reindeer, fox, to name a few. Not to mention the resident whales that pop up near Nuuk's harbor on occasion. 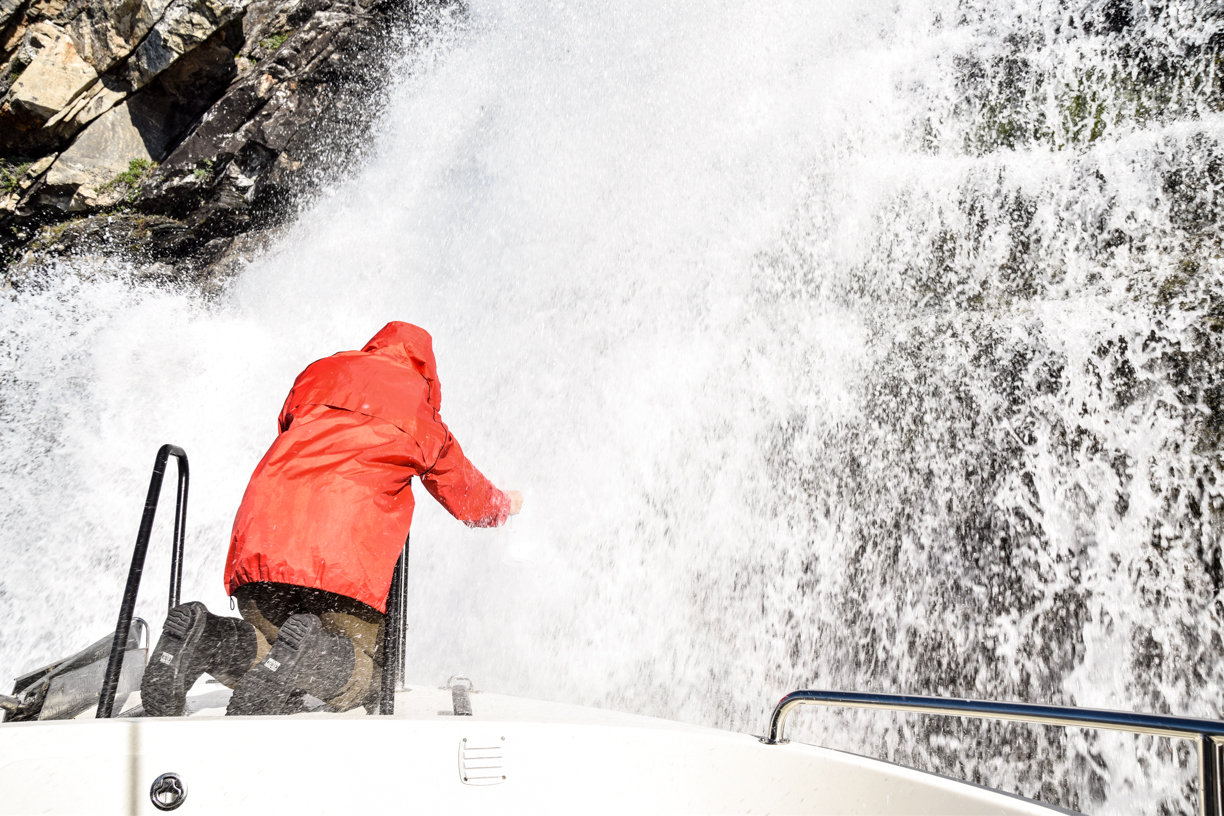 Every solid adventure includes a waterfall in the wild. They're pretty to look at, sure. But how bout filling a pitcher of waterfall water from the bow of a boat and having the freshest drink of water in your life? Again, no love lost Poland Spring, but WATERFALL WATER.

Yup, it's real, and you can do just that on your ABC charter boat. 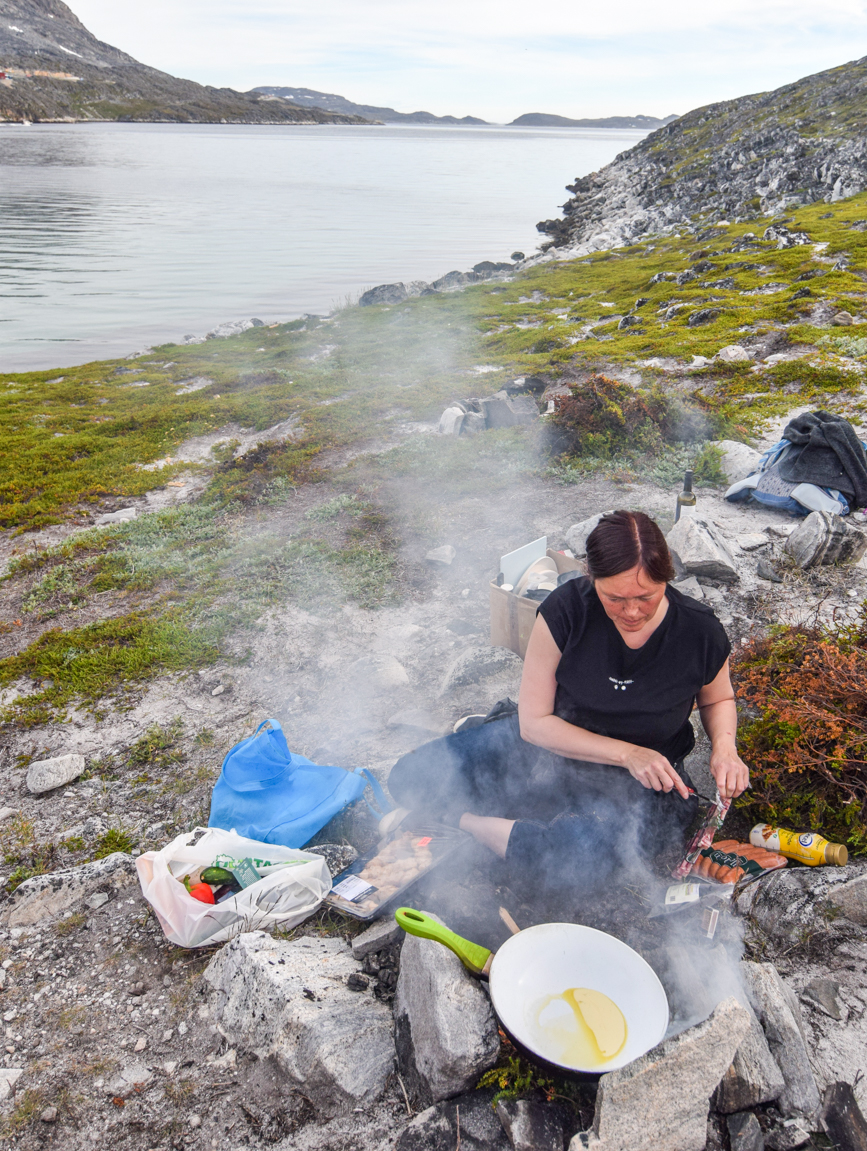 Yes, Greenlanders have their own style of bbq-ing; yes, it's amazing; and no, Oscar Mayer isn't invited.

Gathering brush, starting your own fire in a homemade bbq fashioned out of rock, you'll channel your inner girl/boy scout.

It's the most wild summer bbq-in' you've ever had (besides the beer Olympics costumed slip n' slide event of 2010, obviously).

Learn the true definition of a "polar plunge" in the Arctic. It's cold in your bones type of frigid, but refreshing AF. You can't not do it. 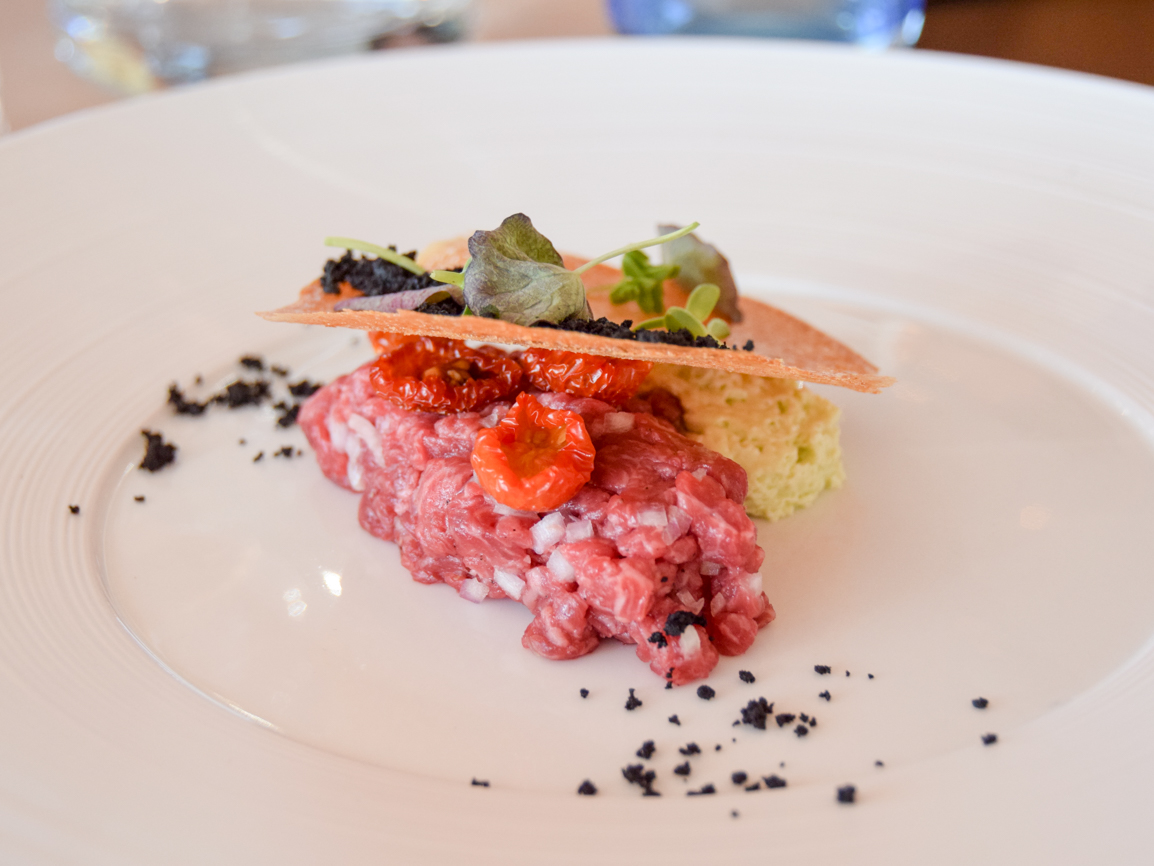 Um, we weren't kidding about this adventurous foods thing. It doesn't stop at the snacks. Musk-ox tartare anyone? Crispy fish skin calling your name?

Greenland is one of those magical places that experiences the midnight sun during high summer. And that can only mean one thing: more time for all the activities.

Elevate your adventures to a new level by doing them at, you guessed it... midnight.

Now it's your turn to go enjoy this magical haven of bucket list adventures and experiences. Get those travel alerts going now and snag some flights.