So This New Green "Park" Is Supposed to Treat All That Horrible Pollution in the Gowanus Canal?

It's no secret that New York City has a pollution problem, and perhaps the most concentrated area is the Gowanus Canal.

Yeah, that's how bad the pollution is, people really believed that. But now a new "Sponge Park" is planned to help.

The idea is to build a park that will absorb a quantity of the pollutants that would otherwise flow directly into the Canal.

Sponge Park pioneer and creator, Susannah Drake, coined the term and devised the concept. Costing only $1.5 million-- essentially nothing compared to other cleanup efforts --the park should make a dent in the future filthiness of the waterway.

It will be a plot of land measuring 2,100 square feet including plants that absorb things we don't want in the water or settling into the soil, like sewage and heavy metals. Get it? Sponge Park.

There are a couple reasons why the Park is coming. For one, the Gowanus Canal has been a dedicated Superfund site since 2010, meaning it's definitely polluted as all get out.

But beyond that, the City's sewage and drainage systems are out of date and overtaxed, so in the Gowanus area, heavy outflow just goes directly into the Canal, dragging with it all the horrifying pollutants. 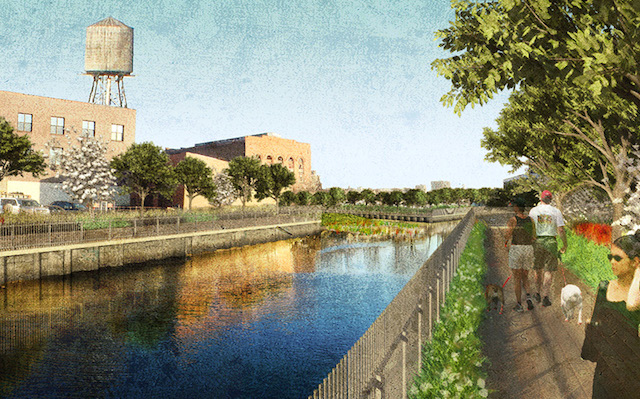 Drake's research shows that the new park should capture or filter all the water flowing toward lower Second Street and also grab some of the pollutants headed to the canal during heavy rain.

By next spring, the park should be all set up, a passive stopgap against further pollution of the Canal. The trick is using "...just the right amount of of sand and organic matter because you want to get the right balance of permeability and water-holding capacity."

Check out Congress Set to Extend Benefits for 9/11 First Responders.