You Can Get Your Clothes Ironed for Free in a Brooklyn Bar Next Month? No, Really

Um, apparently people do– meet the Brooklyn Ironers' Union Local 278, a group of "journeyman-level ironers" led by Greenpoint dad and producer, James Hook (who also goes as "Iron Man" because he saw the opportunity and he took it).

Why should this matter to you?

Because these ironers are willing to iron your clothes for free, and we know you sure as f*ck don't want to.

As reported by Gothamist, Hook already irons strangers' clothing at Pete's Candy Store in Williamsburg, but has partnered with other Brooklyn locations to host ironing sessions with his fellow union members.

They don't guarantee "tricky" items like silk or pleats, but your interview outfit should be just fine. May you never wear a wrinkly button down to a meeting with your boss again.

Have some clothes you need ironed? Check out their schedule below, they'll be out on Tuesdays in January, from 9 p.m. until midnight.

An ironing-enthusiast yourself? You can hit up the next union meeting at The Diamond at 6 p.m. on January 8th. Hook says that all are welcome, as long as you're serious about ironing. 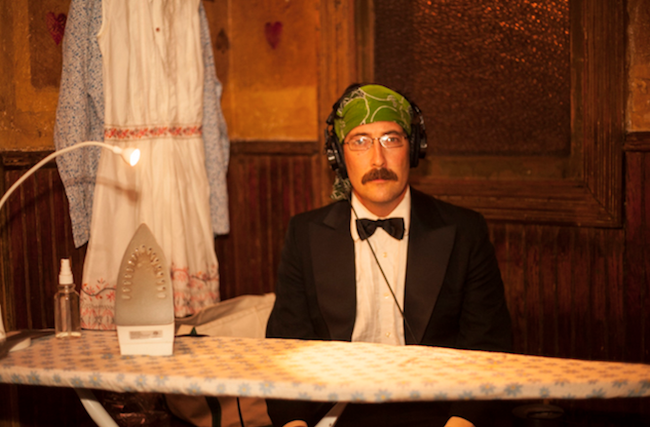