https://bit.ly/2wSDZd9The American drinks three too many orange juices. He watches three movies and sleeps two hours to pass the time. The plane has finally touched down at Frankfurt International. He feels like an oily piece of salami. The American gets off the plane and immediately sprints to the nearest bathroom.

He notices that the urinals have no dividers, but he shrugs and conducts his business anyway. He goes to wash his hands. When he turns to the paper towel dispenser and tries to rip off a paper towel, it doesn’t budge. He thinks, “What is this? How does it work?” There are a few other passengers behind him. He doesn’t want to look like an idiot, so he quickly exits the bathroom while wiping his hands on his pants. 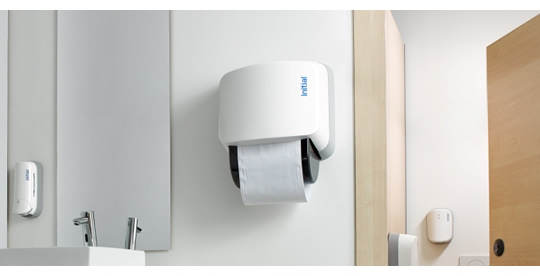 This is a cloth roll towel dispenser, an alternative to disposable paper towels. It doesn’t let you rip off a rectangle of paper to wipe your hands with. Instead, it works like a conveyor belt. You use the side that’s facing you and pull as much as you need to use. Then it pulls the used side back into the box and new clean section rolls out.

Upon stepping outside into the humid German air, the American notices how clean and well-kept the sidewalks and streets are both in major cities as well as rural towns. Frankfurt, Munich, downtown Karlsruhe, Baden Baden, Berchtesgaden are just a few examples.

The black smudges denoting squashed chunks of gum are seldom seen. A few cigarette butts here and there, and the occasional snack wrapper, but otherwise the streets are practically dinner tables in comparison to a place like New York City. Mountains of trash do not line the sidewalks like art installations.

Germany takes public cleanliness very seriously. An article from Deutsche Welle says you can get fined for any litter and improperly disposed garbage, from 20 euros for a cigarette butt to 150 euros for a couch.

The American does not drink a lot of water on his trip. At restaurants, he drinks more soft drinks and beers than he would normally. A .3 liter bottle of water costs on average 2,50 to 3,00 euros. A half liter of Radler is comparable. Sometimes, it is cheaper to drink beer over water. The American also delights at how refreshing an ice-cold tap beer is in 80-degree weather.

When the American enters a grocery store, he is astonished at how low the prices are for daily, essential goods. A bag of mixed greens is only 3,00 euros. A pint of blueberries is similar. Red meats are cheap as well. Take a look at the prices at one of Germany’s biggest grocery chains, Aldi. Generally, the price of foodstuffs is less than their U.S counterparts.

The average height of the German male and female is 175.4cm (5’9”) and 162.8 cm (5’4”) respectively according to an article from disabled-world.com. This particular American is only 5’6”. In many residential roads, parking lots, and parking structures, the American feels cramped. Some streets are so narrow that cars will park halfway on the sidewalk.

There isn’t a lot of room to maneuver. Only the bare minimum of space is used in order to maximize capacity. Some elevators can only hold four to six people at a time, like a dumbwaiter. To maneuver one’s car, they must do so with near-surgical precision. The margin for error is very small. One centimeter too far and the car door might trade paint with the concrete wall. 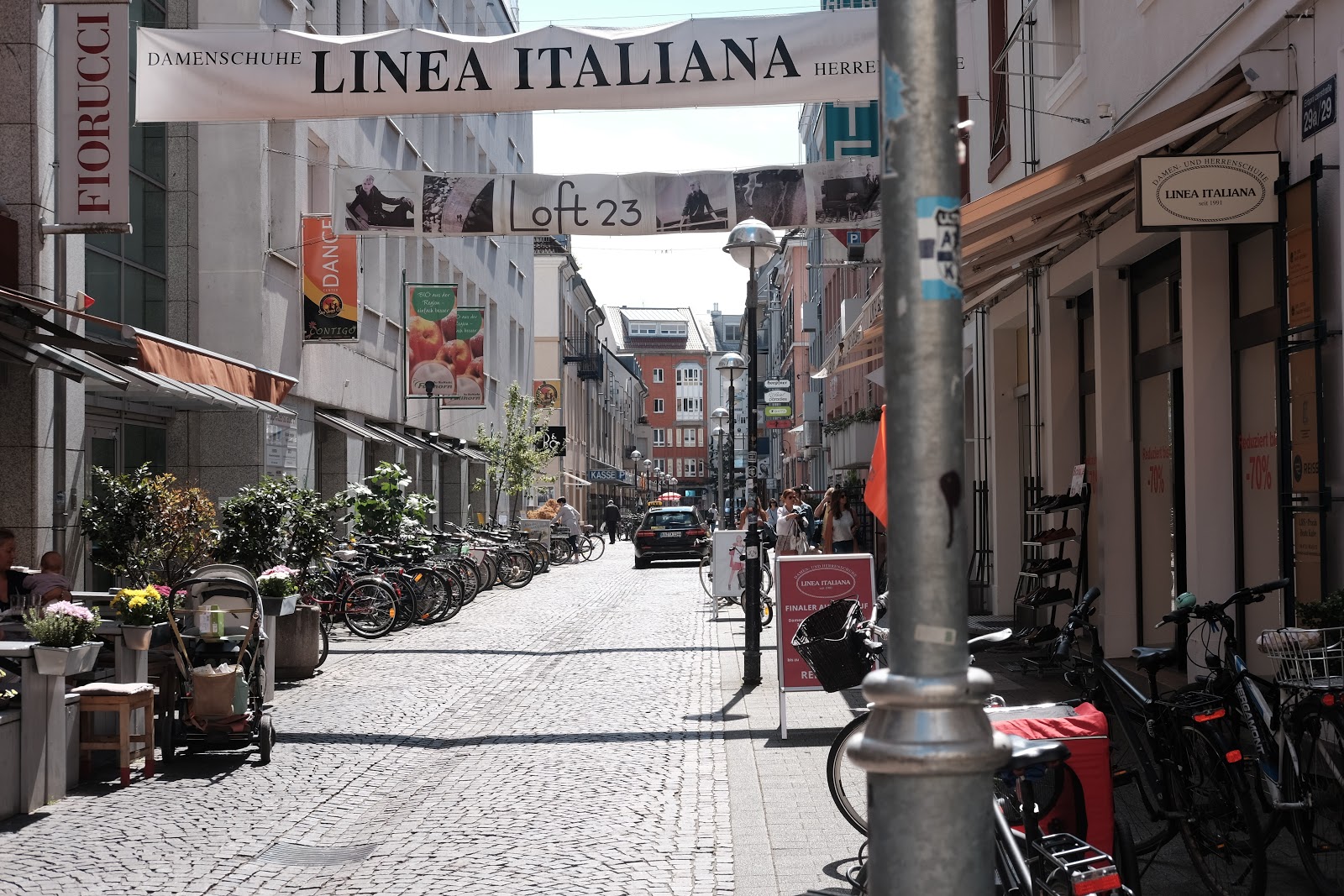 When the American eats at a restaurant, the menu will often suggest a wine or beer to pair with his dish. What they don’t tell him, however, is what sort of cigarette will pair well with your meal.

In the United States, you can no longer smoke at restaurants. In Germany, at restaurants and cafes with outdoor seating, there are still certain areas that allow smoking. Some people are more considerate than others, as they will leave the seating area and venture off to smoke. Sometimes, the scent of a neighboring patron’s cigarette becomes infused with the American’s schnitzel or wurst. Trying to breathe through one’s mouth while eating is a choking hazard.

More interesting, however, are the cigarette dispensers that are located nearly everywhere you go. In the metropol or in the rural town, there are automatic dispensers where you can purchase a cigarette pack. However, the American does not see anyone purchasing packs from them. Some of them are littered with stickers and graffiti, like relics of the past. 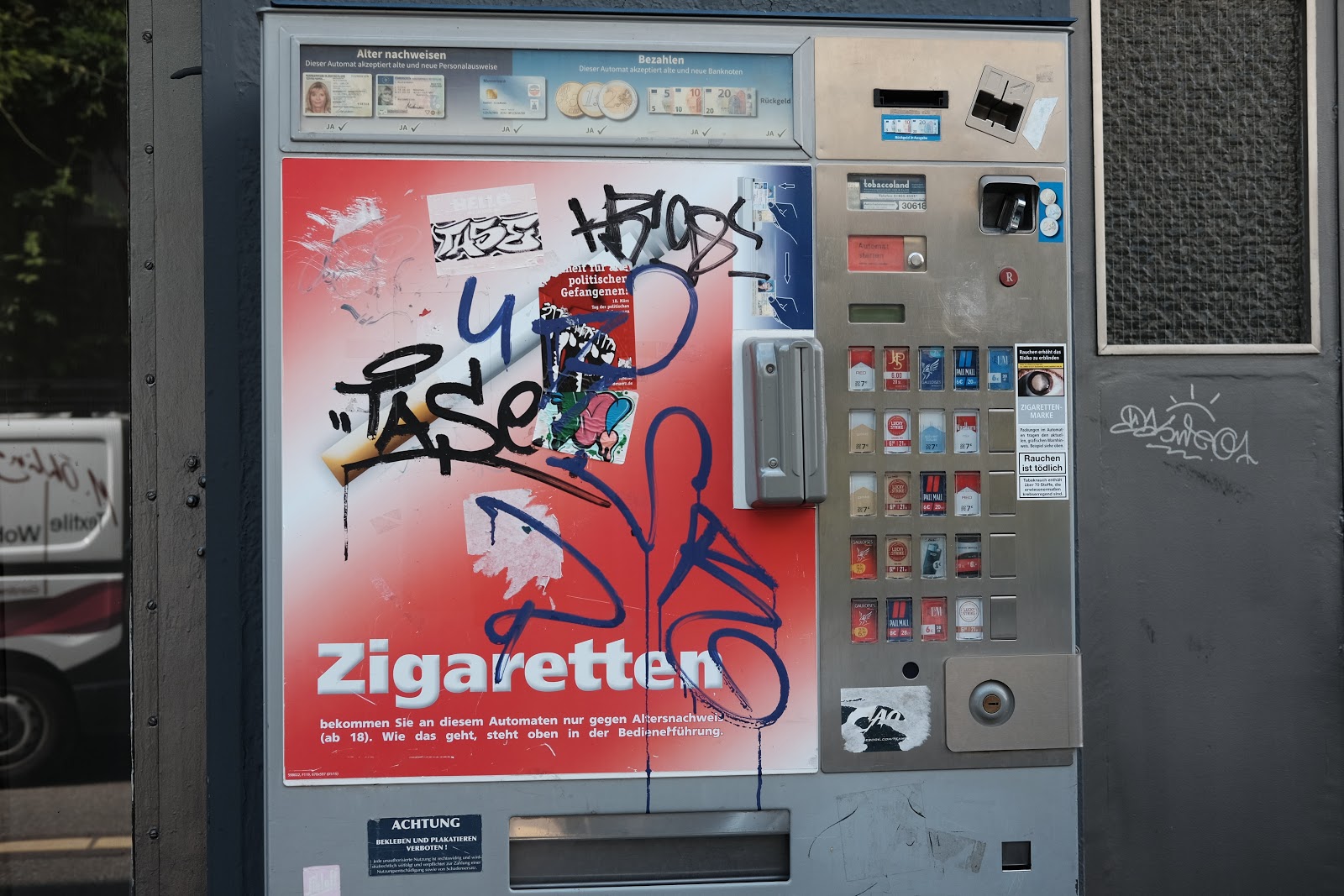 The American doesn’t expect to shop in Germany, but he does. He picks up a beer stein, a few Kinder eggs, German sodas, currywurst mix, a pair of glasses, and other wares. He is warned that he must do his shopping before Sunday. He doesn’t understand why until the next day.

On Sunday, he notices that all shops and supermarkets are dim or completely dark. They are completely devoid of people. The only businesses still open are restaurants, cafes, and select tourist attractions.

Sunday is a day of rest and recovery. In Germany, the 24/7 workday is a foreign concept for most. Work hours are fair. The American is unaccustomed to these Sundays, but there are some of the most peaceful and relaxing days there. The Germans respect the welfare of the mind and body. In Germany, the word “weekend” truly lives up to its name.

On his drive to Munich, the American hears Eminem’sThe Real Slim Shady begin to play on the radio. “We’re going to have a problem here…” he mimics. He thought it’d be odd to play a rather explicit rap song and shotgun it full with bleeps and blanks. However, the song plays without a hitch. The English F-word is as plentiful as the number of words in the dictionary that begin with the letter “S.”

At a magazine/bookstore at the airport, the American also notices the German equivalent of a Playboy magazine. The adult parts are not hidden behind brightly colored, multi-tipped stars tagged with a one-liner. The goods are on full display.

In Munich, the American passes by an adult pleasure store the size of a Starbucks. It is bold, conspicuous, and proud. It is not hidden by an obscure looking storefront or sitting in a side-alley. Its wares are displayed in the window like mannequins sporting a hot new look. The American’s mother asks what sort of store it is, as if she’s never seen one before. He does not answer the question.

As an added bonus, the American is confused when he sees a vending machine dispensing condoms next to candy bars and snacks. 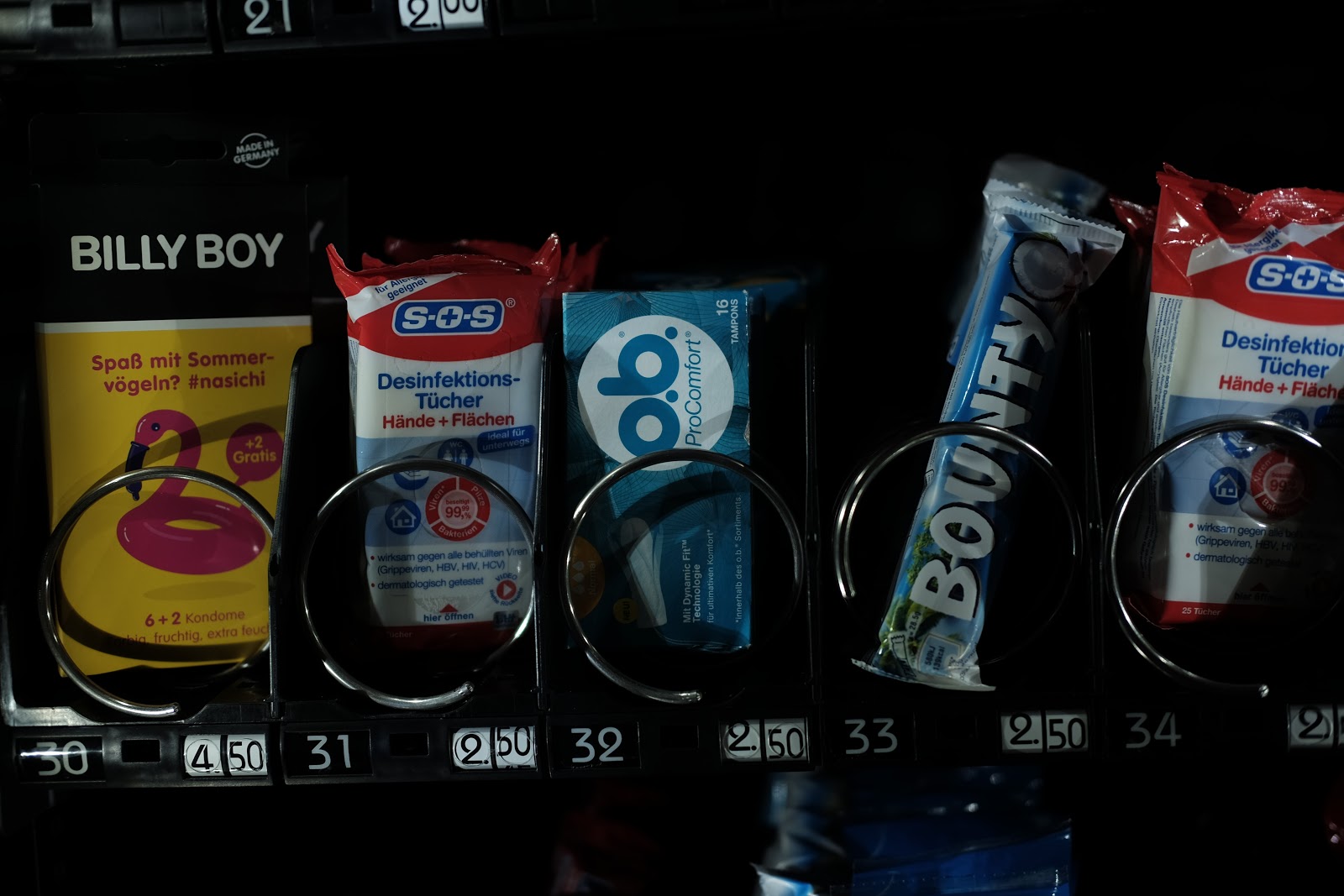 This 5’6”, 120lbs American is a lightweight. He likes his beer light and sweet. He knows that beer is a big cultural artifact in German culture. He is caught off guard by the casualness at which people drink. The age limit before one can drink beer is 16 years old. At 18, they can drink spirits and hard liquor.

On a cool summer night, he sees a couple drinking beer in the open without concealing them inside brown paper bags. In the United States, they would have been hit with an open container citation.

Beer is big. In America, you might drink a Blue Moon from a Bud Light beer glass. However, the Germans ensure that each beer is poured into its corresponding beer glass. One time, the American reaches for his beer bottle and brings it to his mouth. His uncle slaps his hand. A cardinal sin, he warns. In Germany, beer should always be drunk from a glass, both for scientific and cultural reasons.

The American is not a beer person. He is unfamiliar with the lingo. “What is a lager? An IPA? A pale ale? What’s the difference?” The only thing he is certain of is a Radler, which is beer mixed with citrus juice. It is also known as a shandy in the States. He usually drinks 1L of Radler per meal. He does not look forward to a country where he cannot order a Radler with every meal. He does not look forward to the poor excuse of a Radler in a can.

It appears that beer is introduced at a young age in order to teach teens and young adults to drink responsibly. Beer is treated as an average refreshing beverage, although with a little kick, and not an adults-only concoction that gives youngsters misguided notions of adulthood. Beer is no longer an under-the-table, speakeasy drink that is binged. It is simply beer.

So clear are the differences between American and German culture. Their take on sex, beer, smoking and groceries (really, life) is much less conservative than that of Americans, ensuring education and freedom for all who seek it. If one is seeking to escape the monotony of regular American life, Germany is your essential destination.

Looking for something even more exotic? Follow @ChasingRooftops Patrick Castillo through Thailand.