The Future of Subways 😀🚉⏳ | spoiled NYC

Changes Coming: The Future of Subways and the MTA 😀🚉⏳

New York is undergoing drastic city-wide changes to keep up with the times, something that’s imperative for a centuries-old city to survive. Current plans to upgrade the 110 year-old-subway, the mode of transportation for 55% of city commuters, are long overdue.

With 1.7 billion annual riders, the subways have seen their fair share of wear and tear since the early 20th century. From train cars to tracks, the system is need of a complete overhaul; the effects of this aging manifest in daily delays for customers.

While, there may not be any OG cars on the tracks, there are still “legacy” cars from the 1960’s and 70’s that will soon be replaced. The Metropolitan Transportation Authority plans on spending $3 billion on nearly 1,200 new subway cars by 2023. Half of these upgraded cars are going to be open-ended — meaning no doors between cars — giving commuters substantial breathing room on this new subway experience. Pretty dope if you ask me. 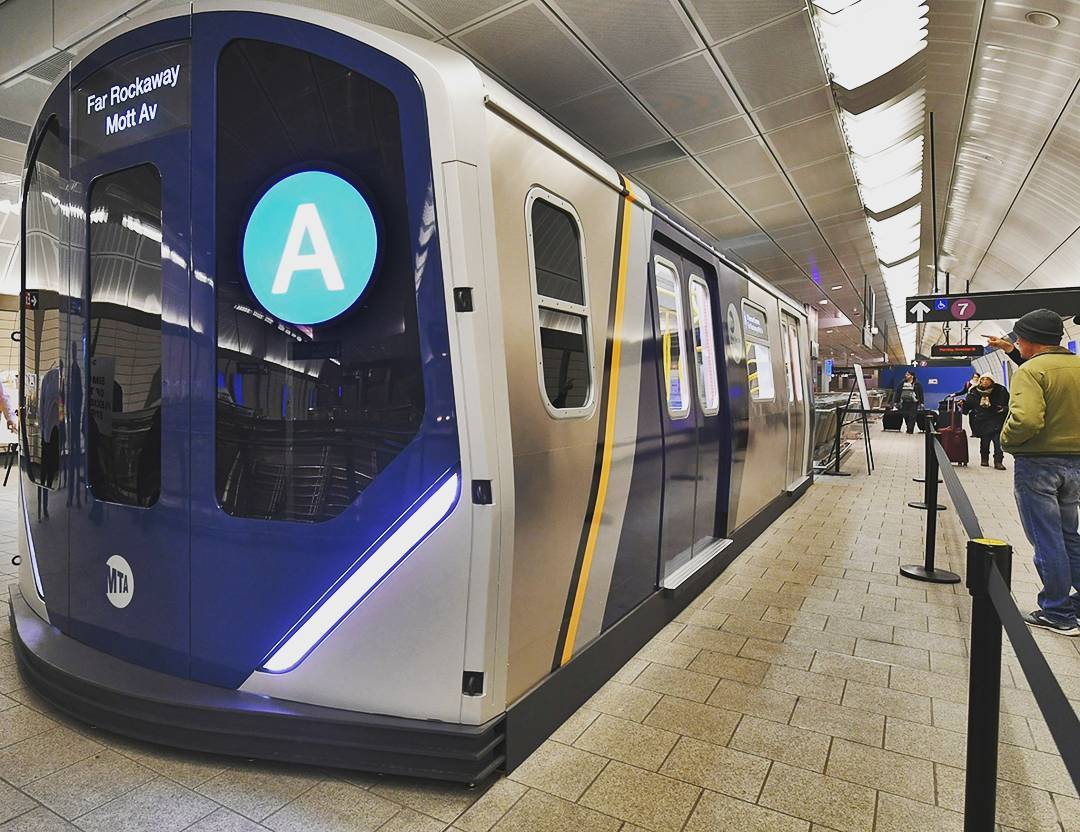 Image Courtesy of the MTA

Current renovations underway on tunnels and rails are ushering the system towards an eco-friendly future. New subway cars will convert heat from their brakes into energy, which is recycled into the third rail. Conservation is cool. 😎

But wait, that’s not all folks!

The MTA has proposed a $32 billion plan for modernized subway expansions, although funding efforts have been lackluster until recently. In 2016, the mayor and governor budgeted a collective $10 billion to begin improvements.

This gave way to the subway’s newest flare; accurate countdown clocks, Wi-Fi hotspots and USB charging ports, all available in stations now. Additional plans include transitioning to cardless entry by 2020. Similar to the New Jersey Transit ticket, users will be able to scan their phone for entry.

Now can we just have mobile-friendly licenses and passports?

Scan my face or something! Snapchat already has a collective database of our mugs anyway.

These upgrades will definitely usher the subway system into the future, but there seems to be a bit of resistance towards the order in which things are being taken care of.

Daily commuters have gripes about USB outlets and digital display screens as they aren’t the main issues in the subways. So why is that these things are being prioritized with the minimal funding that MTA is working with?

Disgruntled residents feel modernization upgrades are headed in the right direction, but handicap accessibility, elevators and infrastructure updates should be the first point of focus. Essentially, structural issues with the subways should be addressed long before superficial tech updates.

Image Courtesy of the MTA

Such is life, as there is a yin to every yang. While these modernized updates don’t seem so important to some right now, they are definitely necessary in the long run.

As the future rolls in and steps are made to ensure a more stable subway system, it is exciting to live and be a part of what has yet to come.

By 2023, it seems that the MTA underground is going to have leveled up in dopeness. 🔥🔥🔥