All the Free Things! There's a Free Outdoor Movie Festival Going Down in Brooklyn This Weekend!

We looove outdoor movies. The best thing about them is most of the time, they're free! You really can't beat free.

It's the last week of summer though, which means saying goodbye to catching flix under the stars for a while.

You might want to take advantage of what might be one of your last opportunities this year to catch a free movie in the cinema of the great outdoors.

This week is IFP (International Film Project) Week– a collective of filmmakers, artists, and storytellers will be bringing DUMBO a free film festival to end the summer.

Kick off the week at The Archway, under the Manhattan Bridge, with a Tunnelvision: DUMBO dance party at 4 p.m., then catch your breath with a screening of the '80s cult classic, Krush Groove at 8:30 p.m.

On Tuesday (September 20), head to Brooklyn Bridge Park for a first look at 20 new feature films before they even hit the festival circuit at 8 p.m.

If you want to catch a musical performance by Pop and Obachan, arrive half an hour early.

You can catch the screenings on Wednesday too if you can't make it Tuesday, same time, but the live music will be provided by Laser Background. 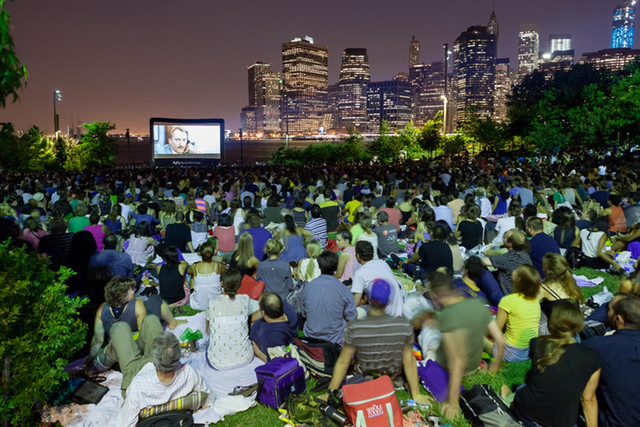