There's something really amazing and beautiful about seeing live theatre in the great outdoors.

But if somehow, you were unable to put aside ten hours to get Shakespeare in the Park tickets this year, you're not sh*t out of luck just yet.

If you're looking to fulfill a Bard fix with a twist, you really don't want to miss Brooklyn's newest staging of The Tempest– featuring a nude cast.

This staging of William Shakespeare's final play, which was performed in Central Park in May, will run from September 7th until the 10th at Prospect Park's Music Pagoda. Their cast is made of of eight actors, three dancers, and two musicians.

Brokelyn reports that while full nudity is illegal in New York City (both men and women can go topless whenever they f*cking please, thank you very much), the city has a provision for performance art.

The play was directed with specific intent to work nudity into the play without compromising Shakespeare's work.

The show's male director, Pitr Strait, asserts that staging the play with its' actors in the buff promotes body positivity. However, he does acknowledge that stripped down performers would "create some conversation" because duh and also, we're all pretty much eighth graders at heart.

According to their website, "the play’s selective use of nudity to dramatize The Tempest's central themes of alienation and reconciliation builds on a long tradition of free expression in theatrical productions held in outdoor settings." 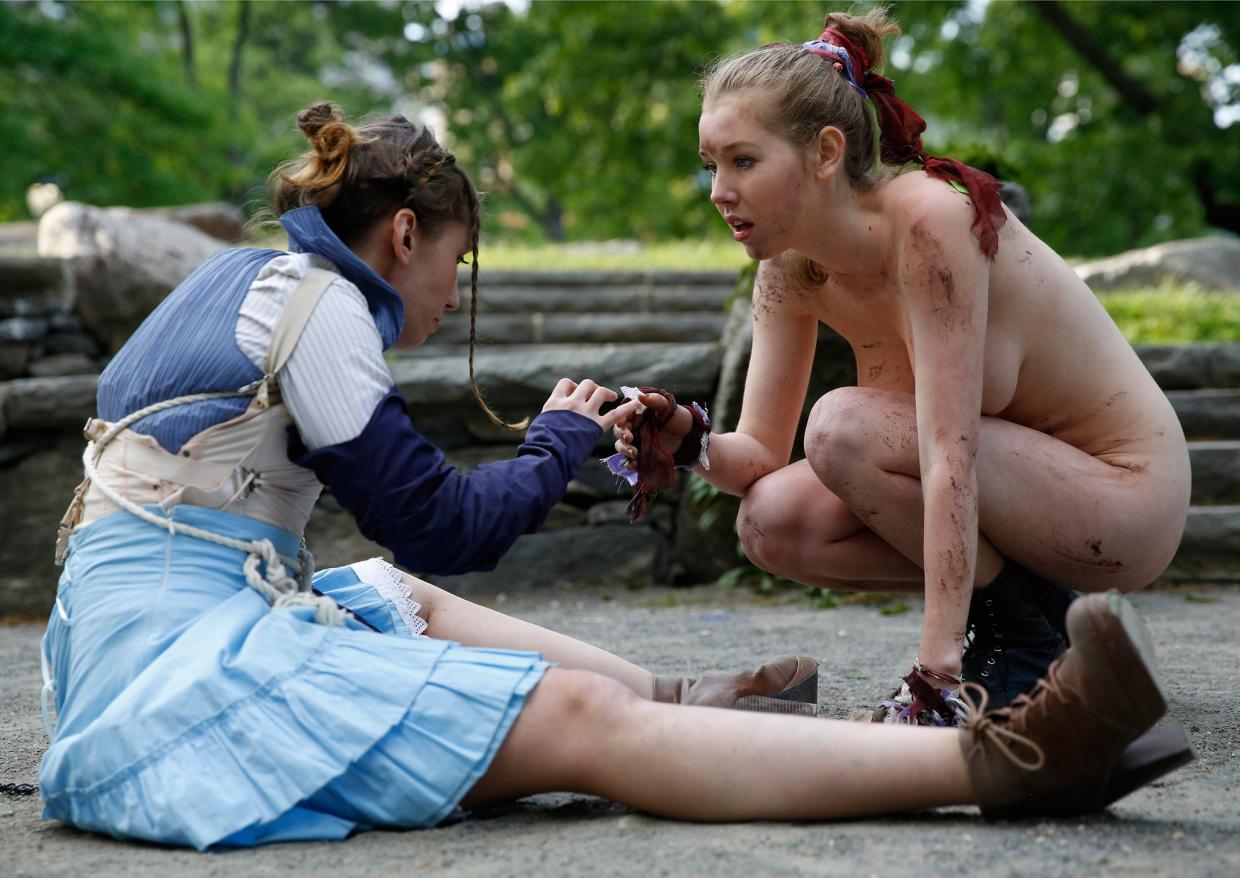 They are also working with The Outdoor Co-Ed Topless Pulp Fiction Appreciation Society, who have worked for the past five years to educate New Yorkers about non-sexual exposure of the human body.

Also, eyes up here for a second, these performances are free as these ladies'– okay, we're sorry, we really shouldn't go there. That was rude. Anyway, no tickets are required.