Ever Had the Sneaking Suspicion That the Entertainment Industry Is Just a Bit Sexist? So Has She

It's no secret that being a woman in the entertainment industry comes with a unique set of obstacles.

Aside from all the obvious, eye-roll inducing hurdles such as constantly being asked about balancing motherhood with career and having their appearance ripped to shreds by red carpet commentators, women in this industry face a large discrepancy in casting expectations between themselves and their male counterparts.

(i.e. Why did JLaw play a 40-year-old divorced mother of two at 24-years-old? When has a male actor of the same age ever played a 40-year-old father? Answer: literally never.)

These unfair expectations are not contained to the entertainment world, however, they reflect a much bigger societal problem that has existed for an embarrassingly long time.

Actor and writer Carrie McCrossen set out to make a show about an aspect of lady life that she found particularly puzzling: motherhood.

It's called M.I.L.P: Moms I'd Like to Portray, and it definitely isn't just for moms (or women). The show is back at UCB Chelsea this month for two performances on July 20th & 27th, and it's certainly not one to be missed.

I had the chance to chat with Carrie about her experience both in creating the show and as a female performer in general.

"I got the idea for the solo show just because it's a lot of stuff that's sort of swirling around in my mind. There's definitely an element of 'I am a woman in the entertainment industry and I'm starting to audition for a lot of mom roles all the time'," she explained.

Just like JLaw, Carrie has been cast as a mother well before it made biological sense.

"The thing is, you start playing moms at 25. And yeah, there are real-life moms that are 25. It felt like I was putting something on to play moms that young. There's like a weird overlap of types. When you see teachers and students in Hollywood, they're all the same age. The students are a little older because they couldn't get actual 18-year-olds, and the people playing the teachers are like super young so that they can still be super hot."

Could she be any more correct? I mean, come on; besides Mr. Feeny (whose age contributed to the character's ability to bestow wisdom/old timey sass unto his students), when else are teachers on TV anything but absurdly hot? 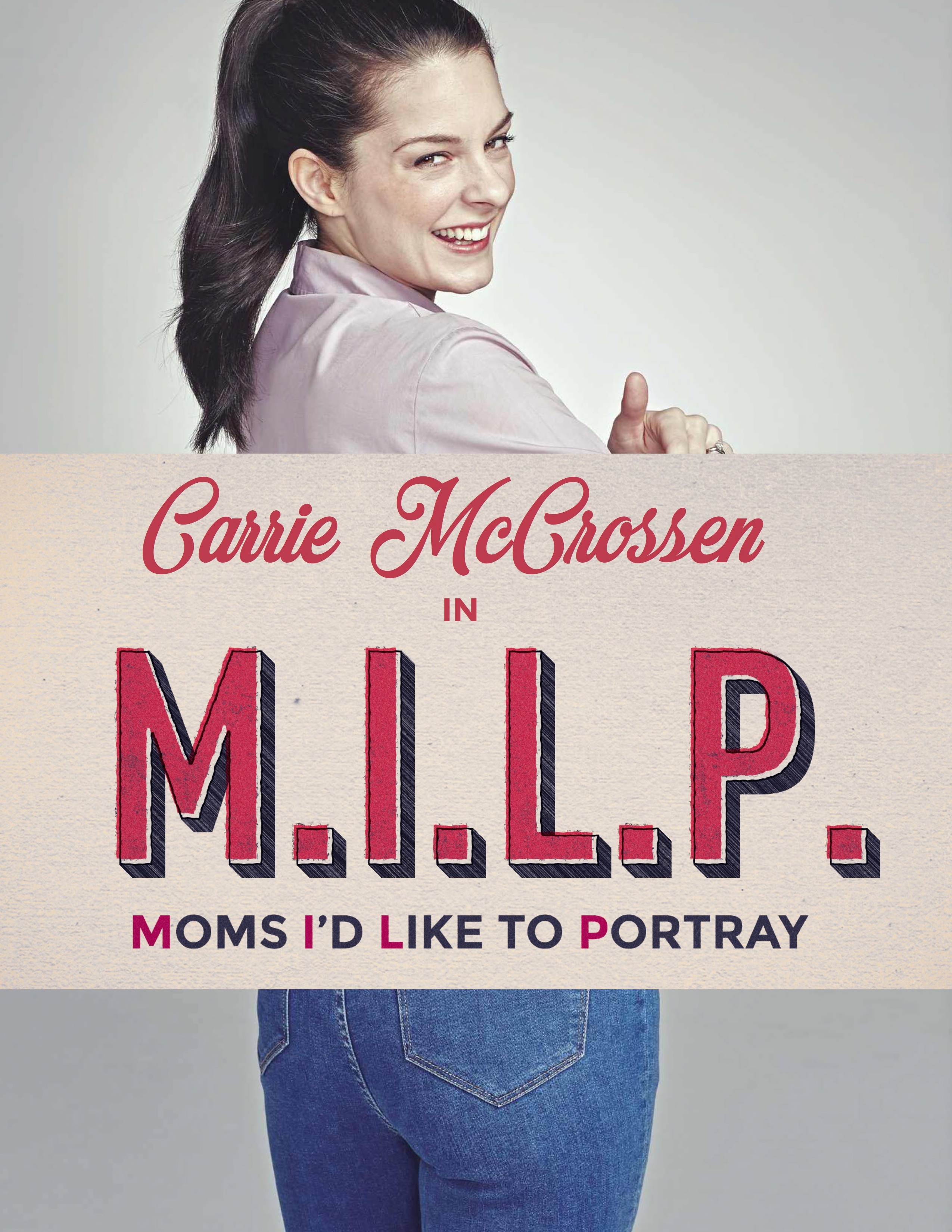 While Carrie's show certainly contains commentary on the industry and how it types women, she makes a point to explore broader concerns as well.

She said, "I didn't want the show to just be about the industry; it definitely has this other piece of being woman, what are expectations are for women and what our expectations are for mothers.... a lot of the individual moms in the show are based on fears that I have around motherhood."

But she wants make one thing clear: "The show is not therapy. It's 100% comedic. But the genesis of it, a lot of it came from that."

Even though the show is a comedy, Carrie has worked very carefully to ensure that the characters are well-rounded people.

"I always tell people 'there's no wigs in the show.' But, these are moms that have some fun and unusual tendencies. I tried to make them feel as much like fully lived-in characters as possible. There's a mom who's really worried that she's giving her young son's friends boners; like that's unusual, but I try to make her not feel like a caricature of a mom."

Despite the fact that these characters are in no way based on any of the actual humans in her life, Carrie's own mother makes a small appearance in the show.

"There's a running gag when I play actual voicemails from my mom. It's pretty humbling, because for all the work that I've done developing this, trying to make it funny, rehearsing it and everything else, my mom's voicemails are far and away the funniest part of the show. They're completely earnest, they're just her talking to me...I didn't do anything to them. And they steal the show."

As someone whose mother often sends through hilariously text-tone deaf messages, I related to this immediately. Parents are always the funniest people, merely because they're not trying to be funny (comedians - take note). After all, that was the whole concept behind "When Parents Text," wasn't it?

In addition to performing M.I.L.P, Carrie is also a member of UCB's Harold team Women & Men (you can catch them performing at Harold Nights, Tuesdays at UCB Chelsea. Go see them. They are hilarious.)

In an effort to differentiate myself from every other white 20-something female in NYC, I dabble a bit in improv. Despite the freeing, "there are no limits" vibe of improvisation, I've noticed that women are often quick to be typed in scenes based on their appearance, or just based on the fact that they are women. It's deeply frustrating, and I'm interested to hear Carrie's thoughts on the matter.

While she loves playing with her team Women & Men and feels completely supported as a team member, she has definitely felt unfairly "casted" in scenes during her time as an improviser.

"Coming up in improv that is something that happens. That's that part of this piece [M.I.L.P.] that I feel like has a bit of commentary on the industry; how much their [women] appearance matters for all those things and you find yourself of a really small box.

The show is kind of a comedic take on it because it's somebody who's really leaning into playing mom roles, the persona of this character is like really excited to just be defined by her type [laughs]," Carrie says.

I find this to be a super refreshing take. Instead of fighting it, Carrie leans into the character type she often finds herself playing, and totally runs with it.

In doing so, she not only takes the audience on a hilariously fun journey, but she proves that within the "mom" type there exists a wide character range (you know, because moms are human beings with more than one personality type), and she's capable of playing all of them.

"The premise of the show is that mom roles are way more fun than some of the other types for women. I also find that as a female performer you start to find a comfort zone doing some of that stuff and I think it's really important to challenge yourself to play characters that are not totally in your wheelhouse all the time. I honestly wish I were better at that, I often find myself playing the straight man in scenes and I don't know why that is, if it's because it's a strength or it's a comfort zone, I don't know."

I didn't ask Carrie her actual age during our interview ― mainly because it literally doesn't matter at all. Her experience is her experience, and deserves to be heard whether or not anyone deems her an "appropriate" mom age or not (whatever that means).

"Every once in a while people ask me my age [at auditions] and I don't give them an answer because I'm like, 'Well, look, you have to make a call whether you think I am right for this role or not and I might be younger than you think and I might be older than you think but I think I'm going to leave that up to you and just focus on my performance. I don't want anyone making casting decisions based on a number. I'd rather let them just check out my work."

You can catch M.I.L.P: Moms I'd Like to Portray at the UCB Theater in Chelsea on July 20th, July 27th, August 4th & August 25th. The show is directed by fellow UCB performer Hunter Nelson, and also features Aaron Jackson and Eric Gersen of UCB.

And trust me, you will. Because even though she's definitely not a mother, Carrie knows best.

Check out This Dopeness Right Hur.