First dates can be a bit awkward, a tad intimidating, and require a pep talk beforehand. On the flip side, putting yourself out there in the dating pool can also lead to something magnificent. Today, people do most of their socializing on the net. Apps like OkCupid, Tinder, POF, and Match make virtual dating a breeze. You can go from solitary pajama dates to coffee dates in the city in minutes. The hardest part is usually going on the first date. How can you be sure the connection will translate from the cell phone screen to the real world? The answer is, you can’t be sure.

So, what does one do after having a nightmarish date? They share it with readers of course! In these hand-selected online submissions, people share their worst online dating experiences. Enjoy exploring these social experiences, the romantic archives of Reddit, and more. From first date love letters to stalkers and ghosters. Here are a few tales of digital dating disasters that might make you feel a little better about flying solo.

I Eat You Pay: A Sea of Appetizers

“I had been talking to this guy I met on Tinder for a couple of weeks, and he seemed nice enough. One day, I posted on Snapchat that I was going to get coffee, and he writes back asking to join. I agreed and gave him the name of the place where I was going to be. I sit down, and the waitress takes my order, a caramel latte; he enters, and we say our hellos. Conversation-wise it was fine, nothing too exciting but not horrible. We were both Dominican, so we bonded over that, but he was good-looking, and he knew it, so a lot of the conversation became about him. He orders his coffee and two appetizers. Then another two. And another two.

When he gets the last one, he offers me some, but I decline because I have plans after to eat with my friends. So at this point, I have had one coffee, and he's had six appetizers and a coffee. Now this place isn't cheap; my latte was $7, and all the apps they sell are $14+. When the check comes, I take out $10 from my wallet and put it on the table. He looks at me and says, 'Aren't we going to split it?' I start laughing because, of course, he must be kidding since I didn't even have one bite of the apps, and the check is over $100. He's not laughing, so I realize he's not kidding. I tell him I'm not paying since I didn't eat anything.

He says, 'So? That was your decision.' At this point, I really don't want to argue, so I just stand and tell him to have a good day. He started yelling in the restaurant, saying all these insults about me and how sad that makes him 'cause I seemed nice and he had high hopes for us. I could hear him still yelling when I was outside.” 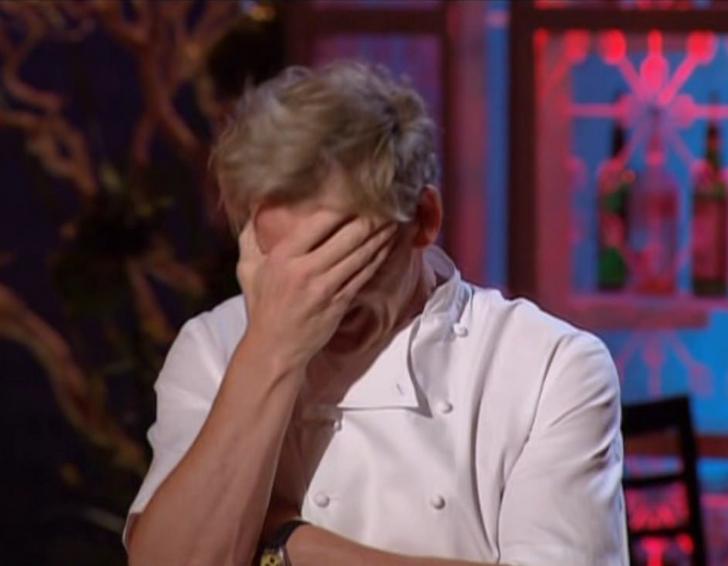 “I went on a date with a guy I'd been on a few dates with in the past, but all of them hadn't involved eating in a restaurant setting. This date was in a casual restaurant. Among other things, we ordered a large plate of fries that we decided to share because it was so huge. Things were going fine until he reaches for the squeezy ketchup bottle. Now, I should mention that I don't eat fries with ketchup. But if he does, that was cool with me. I simply assumed he'd squeeze a bit on the side of his own plate (we each had one for our other food) and dip the fries into it. Ya know, like a normal person. But no. He grabs the ketchup bottle and squeezes it all over the whole giant communal-sized plate of fries.

Not a single fry escaped his ketchup wrath by the time he was finished.

I didn't confront him about it, which is probably why I'm ranting here, but I made a point of digging through the plate to find any fry that had no ketchup on it just to show him how annoying what he did was. He was unfazed, as he consumed the fries, hands blood-red and sticky from the monstrosity he had created. Needless to say, that was our final date.”

“Went on a date with a girl I had been chatting online with for months when I was in college. I knew what she looked like from the pictures she sent me and she was very chatty when we would speak by phone, but when we finally went on a date...I could not get a read on her. She was pretty much silent the whole time but was still being nice with awkward smiles. So I was confused. Does she like me and is just nervous? Am I not what she was expecting and wants to leave? What is going on here? I tried to create conversation, but just short answers back to my questions, then back to awkward silence. Took her home, dropped her off, and thought "Well clearly she doesn't dig me, so I probably won't hear back from her." The next day, I woke up late since it was the weekend, checked my email and I have 4 emails from her. The first two are E-Cards, one thanking me for the date and the other expressing how much she likes me, which had hearts all over it (a bit much). I thought "oh...that's nice, she did like me after all". The next email is a poem entitled "Will you be my other wing". I thought the title was a bit much but read it, it was basically her expressing her undying love for me and how she wanted to be my wife and saw herself bearing my children someday. It was sooooo over the top, I literally sat there reading with my mouth agape going "oh god..what do I do now?!" The fourth email was just a normal email where she tried to backtrack and say "I hope my cards and poems weren't too much and don't scare you away...I just really like you and hope to see you again." But all the alarms were going off in my head.

I discussed it with my friends, showed them the stuff and they suggested I back away. I didn't want to completely ghost her, so I was honest and told her that what she did was too much and that we wouldn't go out again. The next 3 months were her constantly trying to message me, emailing, finding any social media I was on to message me. She was, in the beginning, trying to apologize, then she went on to say I had issues with "commitment" (1 date...), got her friend to start messaging me to harass me and insult me. Then she just stopped one day and I didn't hear from her until about a year later randomly out of the blue she called me from a new number. I was nice to her and she asked about "getting back together" to which I told her "we were never together, to begin with, so no”. 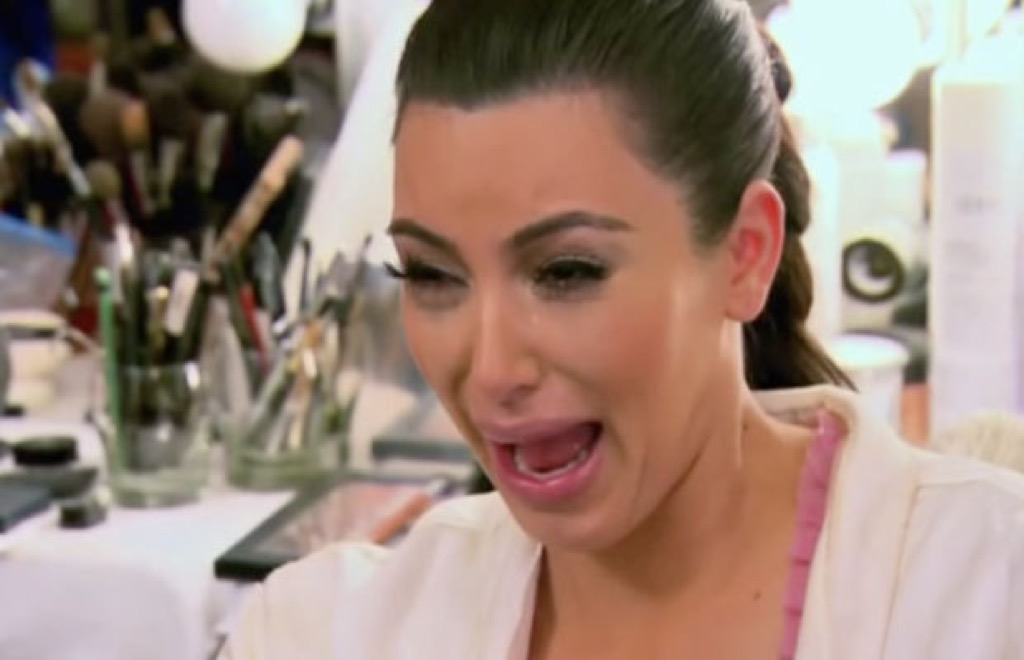 Left At The Coffee Shop

“He picked me up, we went to the lake and it was going great. We were talking and talking. Then he said that he was a little hungry and I kinda don't blame him, it was like almost 10 am. So, we went to the coffee shop and we parted at the washrooms. I got out and sat at the table that is closest to the washrooms so he could see me when he got out. But after 10 minutes, I got worried. Well, I comforted myself, thinking maybe he's pooping or something, I don't know. So I texted him, "What would you like?". I got no reply, another five minutes and I can't deny the possibility anymore so I checked the parking lot for his car and he's gone.

Stupid me thought that maybe he went to get gas so I texted again,

"Where'd you go?" I got no reply, I called twice and both calls rang once and went straight to voicemail. He blocked me. I stood there expressionless, got some tea to calm myself, and sat down. He was the second guy I met from a dating app, (the first is my good friend now, almost 6 months). Then my friend from the next town over who had no idea I went for a date called me and then I burst into tears when she asked where I was. 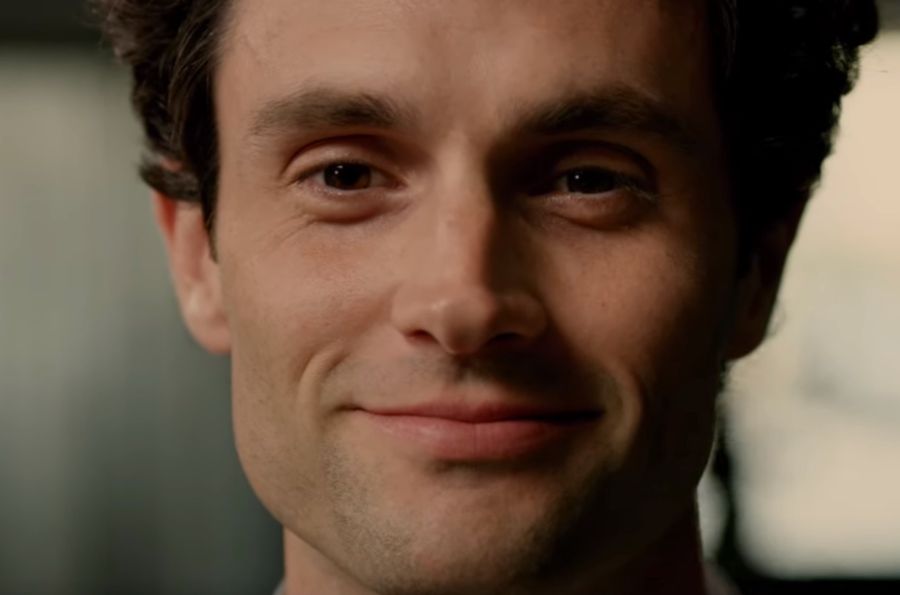 "We went out for dinner and hung out at his house afterward. It went pretty well, but I was getting a weird vibe, so I decided to go home. Immediately after I left, I noticed a car following me, so I started getting really nervous. I drove to my friend’s house instead of mine, asking him to wait outside for me. When I arrived, the car was still following me, so I quickly got out of my car and ran into my friend's house.

We saw the car drive by, so we thought that we were good, but we heard knocking at the door about five minutes later. My friend opened it while I stood behind him, holding a knife. When he opened it, there stood the guy I had just gone on a date with, holding an earring in his hand. He explained that he was just trying to return it because it looked expensive. Later that night, I realized that I had both earrings in and that this wasn't my earring. I haven't spoken to him since that night, and I haven't used Tinder either.” 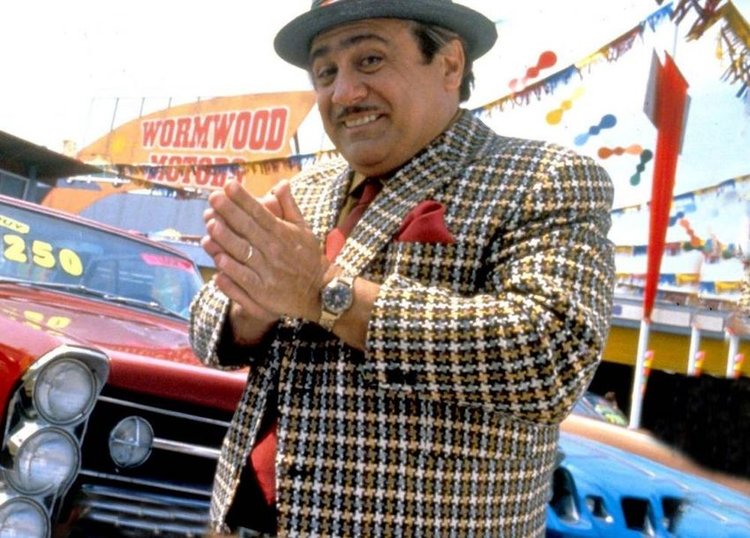 The Car Salesperson Disguised As A Date

“This one was a bad experience from the start. We tried to go to my favorite local breakfast place that has the best eggs benedict in town. It's cute, has great staff, a fun environment. Unfortunately, the wait time was about an hour so I suggested we go somewhere else. We don't have any shortage of breakfast spots around here and I was ready to suggest a few others when he suggests we go to another classic breakfast spot: Denny's.OK, sure. Denny's is the place I find myself with friends at 2 AM because we wanted a milkshake and fries, you know, at two in the morning, when there's no other option. Or, when you're on a road trip and you have to stop at Denny's at least once because that's what you do. But alright, breakfast date at Denny's it is.

By the time we sat down, I already had an inkling that it's going to be a no from me if he asked for another date. At this point, he had told me all about his favorite protein powder and how much he benches.Time passed, we ordered food, and I was doing a lot of nodding and wondering if this guy was ever going to ask me a single question about myself. Finally, the question he chose to ask was what kind of car I drive. I mentioned that I was currently saving up to buy my first car.

"Oh, no way! That's actually awesome because I'm selling my car! So what's your budget? I'm thinking of selling it for like $5,000! That's pretty reasonable, don't you think? You in?"Spoiler alert: I was not in”

We hope you’re still inspired to get out there and keep swiping after reading this bundle of dating woes from your comrades in the love game. Statistically speaking, these things can’t happen to everyone, right? If you have an unfortunate, funny, scary, or otherwise horror-level dating story, feel free to DM it to us on Instagram for a feature in our next bad date round-up!