It is shocking to no one that New York City's commuters find public transport to be grimy, crowded, and annoying.

Nor is it shocking to anyone that in the City we call Gotham, most of us want to think we're super heroes.

Whether that's simply being an everyday hero for the little guy, or simply possessing incredible abilities, we all want to believe we're something extraordinary.

But a new study by credit card Chase Freedom shows that when asked to rank five 'commuter super powers,' 47% of NYC commuters asked wish they had supernatural germ killing abilities.

And if you spend a good amount of time around the City's illustrious Superfund sites, you might develop those super powers after all... or a third ear, or mesothelioma.

Superhuman germ-killing powers were ranked above clearing traffic jams, muting the transit noise, ridding the air of subway stank, and positively having a seat every time.

And that makes sense. In NYC, who cares if you have a seat if it's covered in mystery slime?

Commuters all around the country were polled, revealing some surprising, though more trivial than scientific, data.

What is surprising, though, is that only 19% of New Yorkers find their daily commute to be stressful.

It's a testament to NYC's real life super human ability to live inside a bubble of "Huh?"

Compared to Denver, where 50% of commuters find their commute "not very, or never" stressful, we're in the upper percentile of annoyance, necessitating an extra "Whatever" force field that's also, apparently, effective against germs. 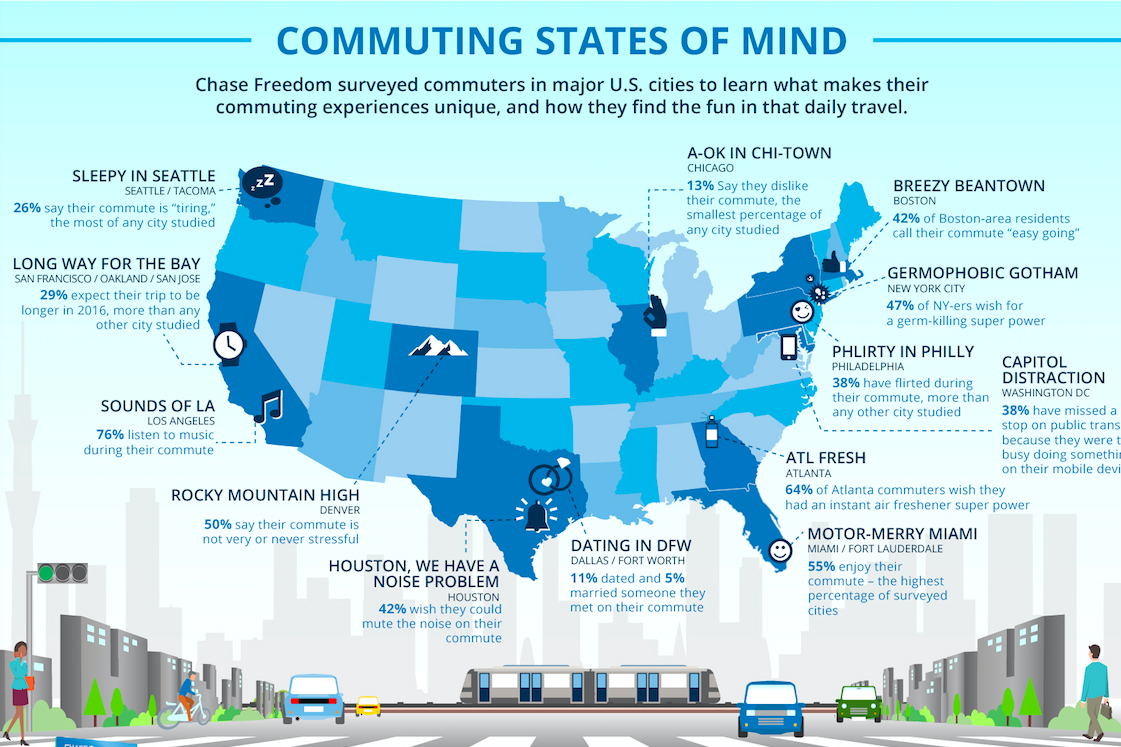 Check out NYC Could Have Nearly 300,000 Potholes by the End of Spring.