After a seemingly never-ending winter, we think New York City has finally earned the right to start summer just a lil' early, amirite?

So, what’s more summer than partying on a yacht (with 300 other New Yorkers who love to party, by the way) fully-stocked with an open tequila bar by Santera Tequila, an open beer bar by our uptown friends at The Bronx Beer Hall, and complimentary finger foods & hors d'oeuvres by our good ol’ pals over at FoodKick?! Absolutely zilch. Nada. Nothing.

For the third consecutive year, we’re kicking off Summer ’18 with an epic three-hour, Cinco De Mayo Sunset Cruise down the East River, under the Brooklyn Bridge, and right past the Statue of Liberty. With NYC as your Insta-backdrop, come spend the night dancing to vibes by NVRSleep and Urban Leak's very own Nick Zallo. 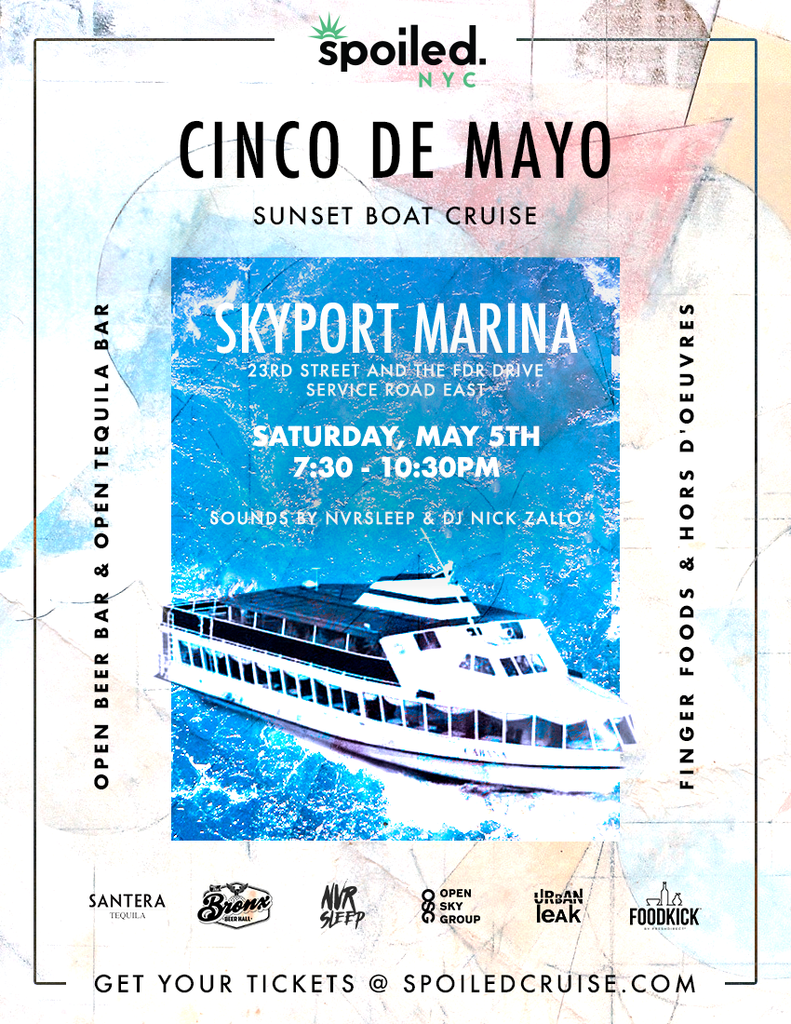 What’s more summer than partying on a yacht stocked with an open tequila bar by Santera Tequila, an open beer bar by The Bronx Beer Hall, and complimentary finger foods by FoodKick?!

It’s going to be one epic night. Need some more convincing?

We rented out a beautiful, one-hundred thirty foot, dual-floored luxury yacht named The Jewel. (And just in case Mother Nature decides to not cooperate with us, the second floor deck is completely covered to protect us from the high heavens. That means we will party on, rain or shine, with two fully-stocked bars, and two separate tequila and beer stations to lessen your wait times-- yes, please and thank you!) 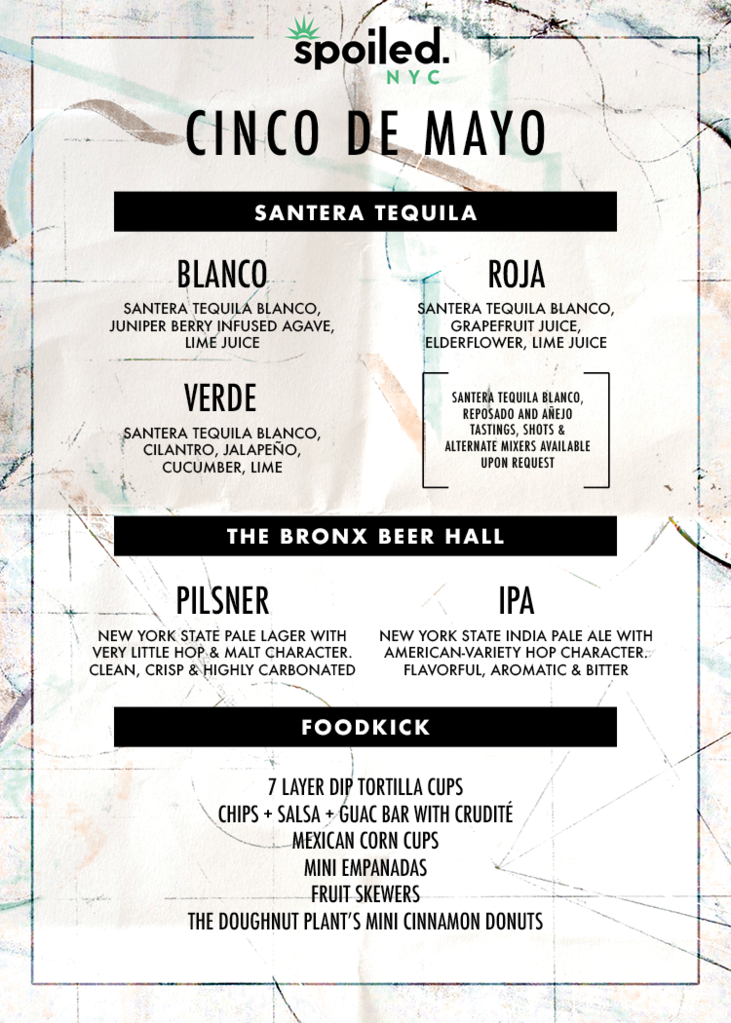 Plus, just because we care, FoodKick will provide the delicious noms for when all that dancing, New York State Craft Pilsner & IPA beer, and specialty tequila drinks & shots start to get you hungry. What’s on the menu? 7-layer dip cups with tortilla chips, chips + salsa + guacamole bar with crudite, Mexican corn cups, mini empanadas, fruit skewers, and The Doughnut Plant’s mini cinnamon donuts, just to name a few.

The party takes off from the FDR Drive at East 23rd Street on Saturday, May 5th (just in case tu no hablas Español). Boarding starts at 7:30 PM, and as you may know, boats don’t wait around for anyone, so make sure you’re there because we’re leaving at 8 PM sharp and will be back dockside by 10:30 PM.

Now here’s a quick run-down on our sunset cruise will cost ya: General admission tickets start at $75/person (which includes that open tequila & tequila bar, and all that delicious food we mentioned) and they will gradually increase as we get closer to May 5th.

We’ll see you there? Snag your tickets right here.