So Awkward: Everything You Missed from Chuck Marcus's Different View into the World of Dance

On a cool Saturday evening in Harlem, attendees gathered at La Maison d'Art for the inaugural gallery showing of "Awkward Spaces."

The Harlem-born visual artist and photographer Chuck Marcus made his vision come to life by successfully highlighting the juxtaposition between grit and beauty.

But by the use of explosive movement, light, color and environment, "Awkward Spaces" is intended to challenge any assumptions we may have had in regards to experiencing the art of dancing.

“Any dancer can transform any environment into a stage,” said Marcus as he pointed to his body of work.

The talented photographer achieves to showcase that dancing can exist beyond the stage by featuring each of the dancers in spaces considered "uncommon" or "awkward."

Some of these places include a local library, laundromat, supermarket and Grant's Tomb. 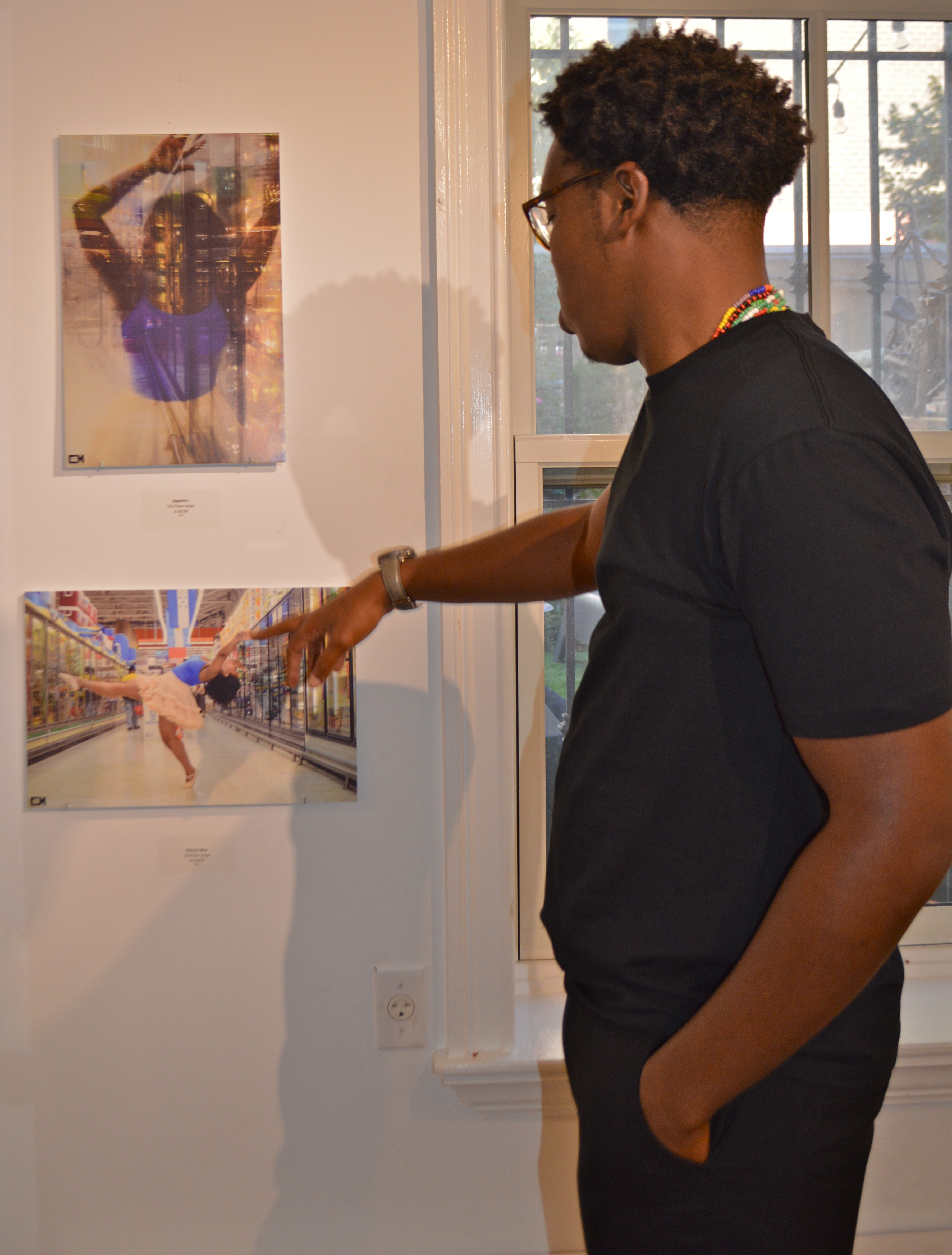 The idea first stemmed from Marcus’ friend who brought up the concept about doing a shoot featuring her in a supermarket. From that moment Marcus shared that he was inspired to continue the project by reaching out to more professional dancers.

“At first I went with 'uncommon spaces,' but as the project gradually grew, I felt that awkward seem more fitting to describe those places,” Marcus explained.

Capturing the essence of strength, grace, power and variety, Marcus is able to document performance art in it's rawest and truest form. By transforming the scenery, we are able to appreciate the beauty of dance while imagining a story. 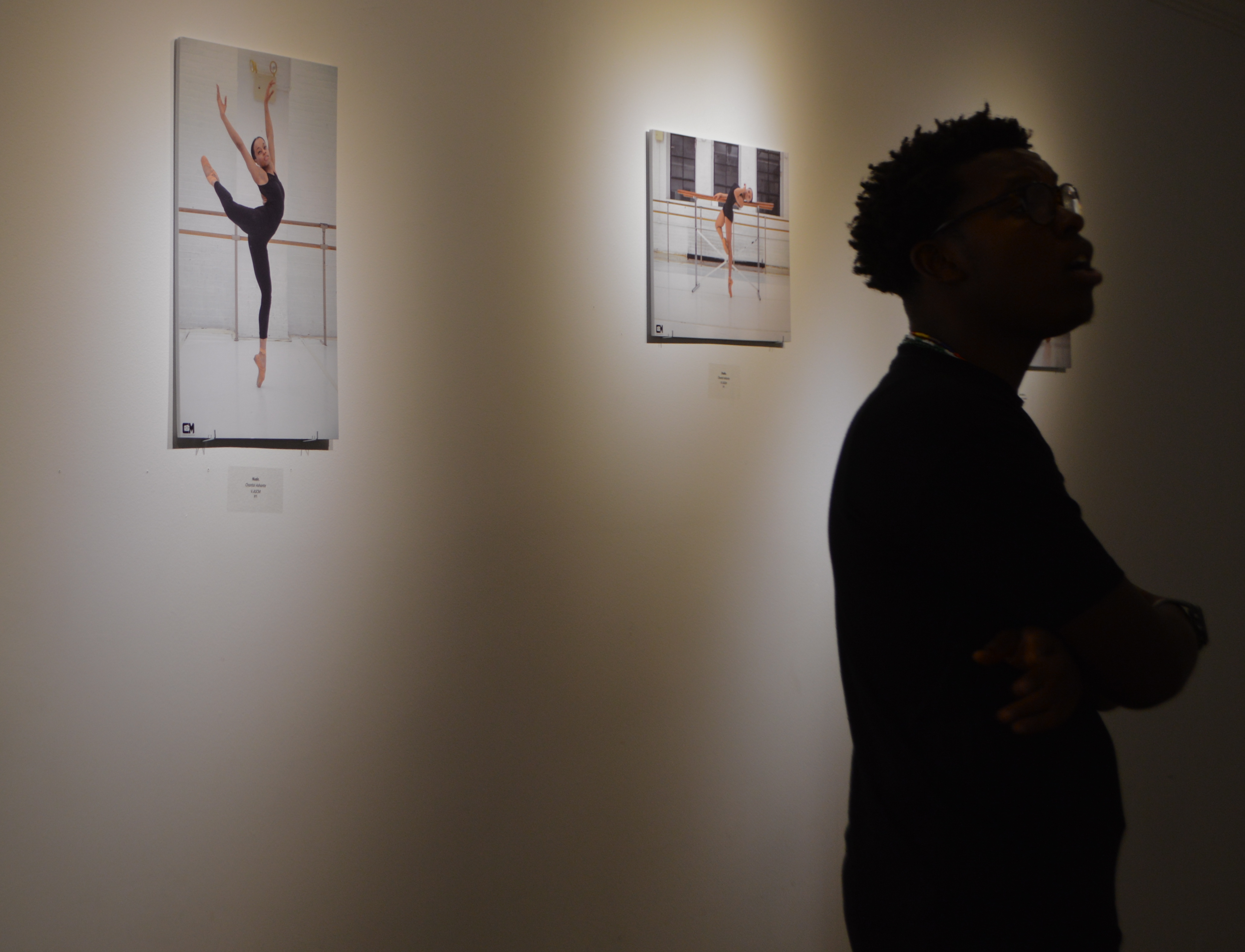 When I pointed out that one of my favorites was of Chantal Ashante Hill at the local library, he smiled and said, “That one only took me 50 tries man. My favorites would have to be the ones from the laundromat and Grant’s Tomb. I had a lot of fun working with those because they were more challenging.”

“Too many times we focus on just one preconceived idea or notion instead of opening ourselves to all the possibilities.”

As the lights slowly began to dim more guests arrived. Viewers paced around while others stood in a tenacious manner to really gaze and value the images with wonder as they sipped on their sparkling wine, while others stopped to chat and take pictures with the man of the hour.

Filled with interesting and creative ideas, Marcus also disclosed with me that he’s prepping to add a second part to this project, but that it will focus on men only. Specifically metrosexuals, in surroundings that viewers wouldn’t normally expect them. 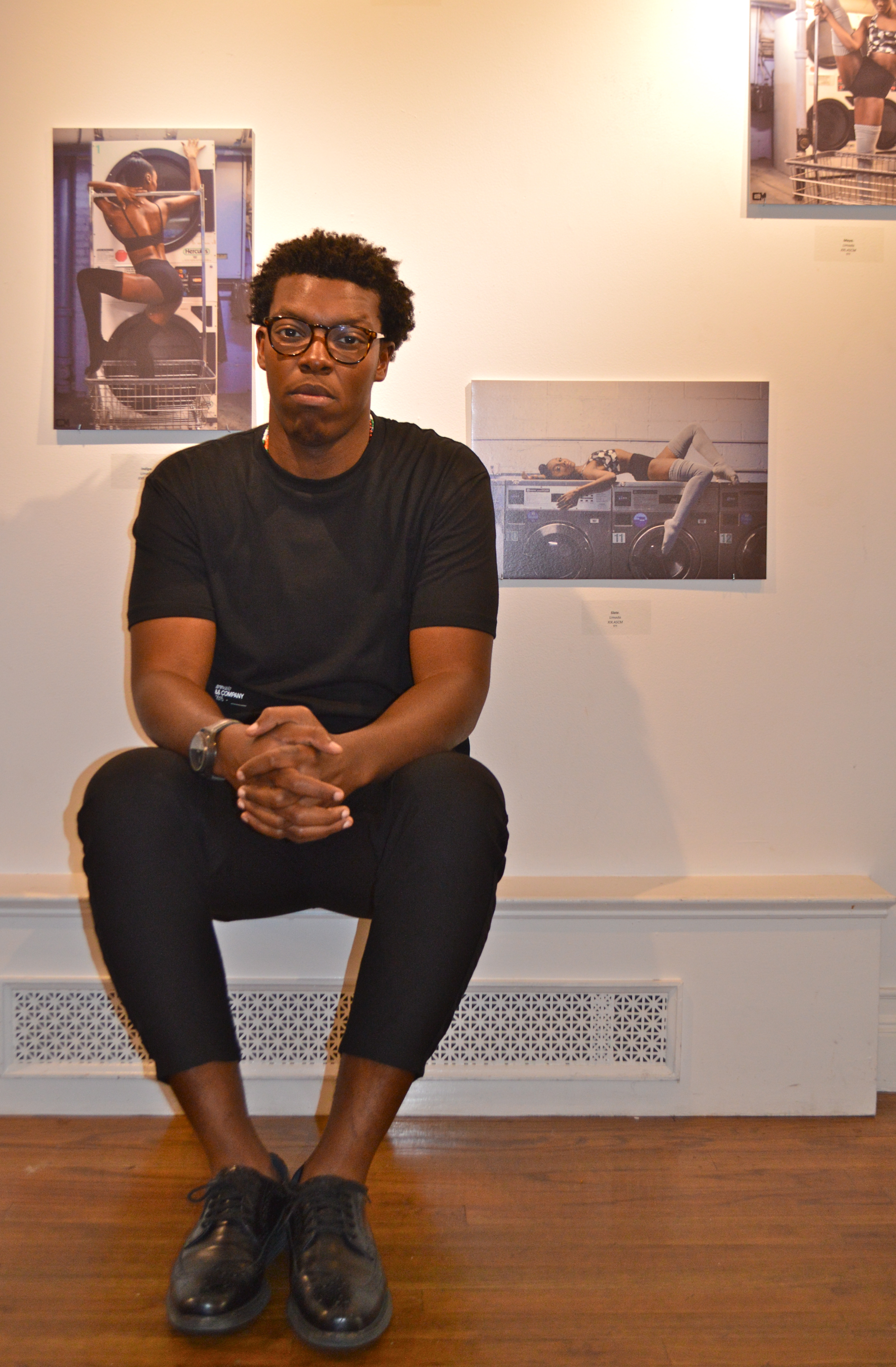 An example he gave me was a well-groomed man dressed in a suit and tie, but playing sports.

Overall, for much of the show, it felt like I was at a family get together celebrating amongst creatives.

A friendly contagious aura of smiles and laughter filled the room as everyone associated with one another. All around it was an amazing night brim with positive vibes and great artistic energy.

In the end, Marcus shared that he just wants his photography to intrigue and inspire people to think.

“Too many times we focus on just one preconceived idea or notion instead of opening ourselves to all the possibilities.”