Who the Hell Is Anthony Bourdain? There's an Incredible Food Hall Coming to Chinatown This Fall!

Okay, so we're a bit in love with the variety food halls provide. Sure, Anthony Bourdain's food hall at Pier 57 is in some sort of food hall purgatory.

But New York City has been seeing nothing but food halls opening lately. There's even another in development in the South Bronx.

Just wait, in November, we're getting 12,000-square feet of food and retail space at 265 Canal street.

Yeah, where that Necessary Clothing used to be.

The Canal Street Market, between Broadway and Lafayette, is going to hold over 11 vendors and 27 artist and brand booths that haven't been announced yet, an indoor garden, and a common seating area.

Gothamist reports that we are definitely getting at least a Davey's Ice Cream, a bubble tea shop (YAS!), and a newsstand-coffee shop hybrid.

There will also be a new food stop called Yori Nori, brought to us by the Korilla guys and Mokbar.

According to Eater, this space is also a play by developer Philip Chong to bring the "young, energetic downtown creatives" and the "gourmet-minded" over to Canal. 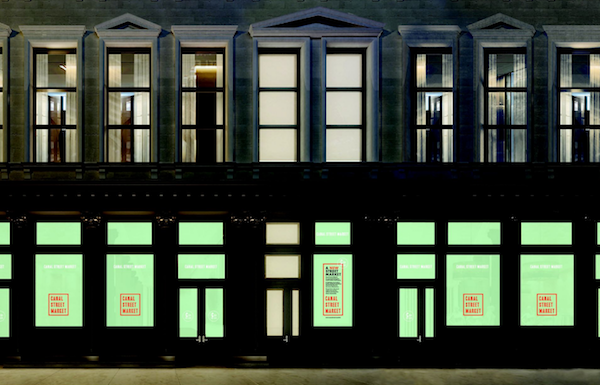 Since the retails spots are scheduled to open in October, it seems like its less likely there are going to be delays getting this place up and running.