How I Survived NYC's Absolutely Epic Black Party in Just a Pair of MeUndies...

Walking against the wind up Atlantic Avenue, we saw the old warehouse in the distance.

The shiver of cold lent itself to one nervousness and excitement as the distance between us and the Black Party became mere footsteps.

We were ushered in through the massive entrance and at 1 a.m. in Brooklyn, the night suddenly began.

Well known as one of the wildest circuit parties in the gay nightlife scene, the Black Party started back in 1980 with the East Village nightclub The Saint, where all the rules and social graces were dropped, along with most of everyone's clothes.

But for a party so well known, its graphic details are still kept relatively quiet except for the stories that surface from bragging or scarred guests. Phones are checked right after the door, bags are searched and your clothes are checked to further lessen the likelihood of any unwanted documentation.

There are a number of things to know, especially if it's your first time.

So whether you're too curious for your own good, like me, or if you're drooling in anticipation for the next one, here are a few things you're sure to encounter if you delve into the layers of Black Party inferno.

1. You will not be very clothed 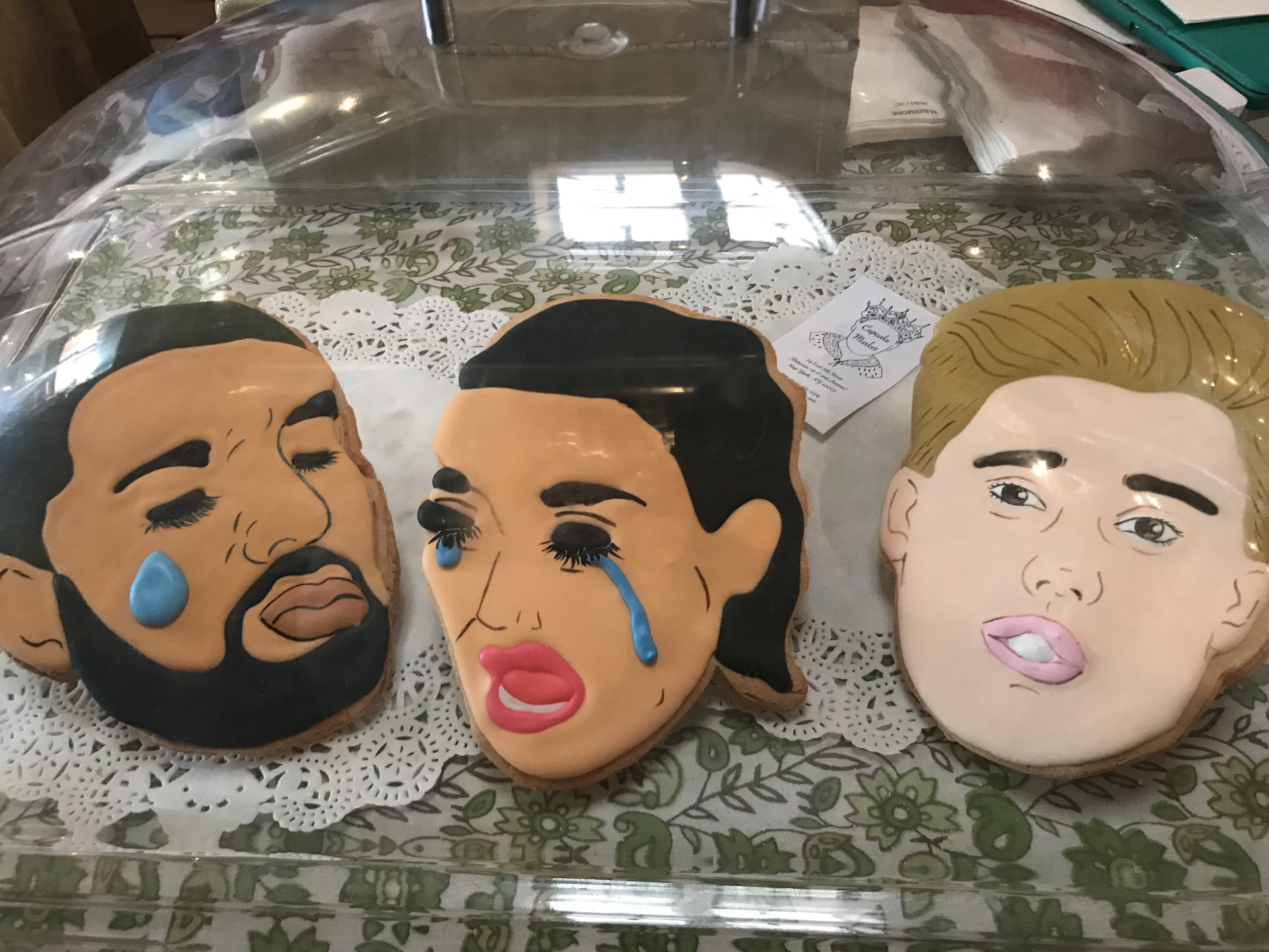 After my phone was safely filed away with all the thousands of others, I came to a large curtained area where, you guessed it, the clothes come off. My six friends and I pushed through to see a handful of other guys just finishing up, two of whom were wearing matching jockstraps.

As the roots of the event are mainly leather and kink oriented, the party's unofficial uniform is a chest harness and some form of skimpy underwear. Many partygoers get ultra creative with their outfits, donning things like glow in the dark paint, kinky costumes and light-up headwear.

I went a little more "conservative," snapping on my own black leather harness and zipped up my knee-high motorcycle boots before adjusting my gray MeUndies with little blue notebook doodles on them.

By the way, MeUndies, from what I'd heard, is the most comfortable underwear you'll ever wear. Of course, that just screams exaggeration, and if that statement isn't wholly untrue, you would certainly assume they're not incredibly durable.

My MeUndies demanded a test, and if the NYC Black Party, a place pulsing and pumping with energy and wandering hands, wasn't the perfect place to test it out, I wasn't sure what was.

Stepping out from the curtain, I at first felt naked but that feeling quickly passed, especially when I started seeing guys who were wearing even less than I was. My buds and I walked down a long red-lit corridor and into the gaping maw of the Black Party.

2. Come with friends, but don't plan on leaving with them

Whether you're among the first to kick off the party or come in when it's in full swing around 2 a.m., I found it's a really good idea to come with friends. Not only do you have someone to share the experience with, but you have backup to help break the ice when you first take it all in.

Walking into that dark sea of bodies with flashing laser lights, smoke and strobes with the unce-unce-unce electronica beat resounding throughout the hall, I'll admit it, it was a little intimidating. Passing guys give you quick up-and-down glances, some lingering longer than others.

We made our way over to the bar and got one round to cheers the night off. Then, we took on the dance floor, squeezing and sidestepping our way towards the middle to take it all in.

That's the last time all six of us were together in a group that night.

As the night went on, everyone ended up doing some sightseeing on their own. The later it got, the more people started packing in. The odds of being able to find one of your friends in a crowd like that, much less all of them at once, is relatively slim.

The fun part I found is that periodically, you do bump into each other.  Whether it's randomly on the dance floor to catch up for a few minutes, or finding one of them getting a blow job in a dimly lit corner where you just wink and keep walking, it's an entertaining element when you come with people you know.

3. You're going to be touched 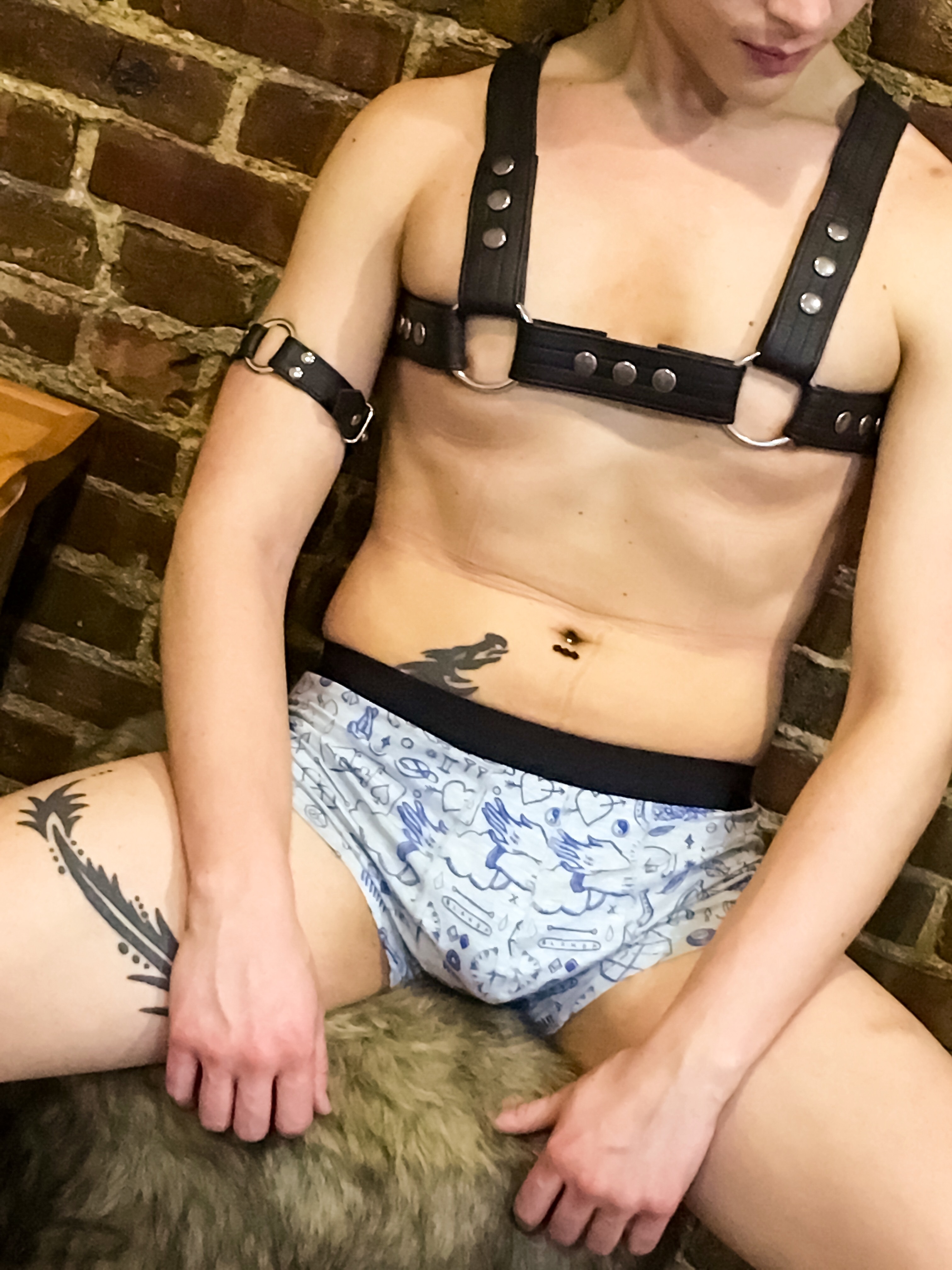 Although there's a dramatically long bar and two massive dance floors, the Black Party is, in essence, a sex party.

I wasn't laser-sighted on getting my rocks off, but I wasn't against the idea completely. And I'm glad I came to that mental acceptance because things escalated rather quickly.

Pushing my way through the dance floor I felt the first hand.

As I side stepped past a towering, muscle-bound man with a leather police hat and criss-cross harness, he looked me straight in the eye and smiled before taking a tug on the family jewels. It was both terrifying and elating.

The feeling of being sexually touched by someone you don't know, many times not even being able to figure out who it is, is not a pleasant idea to many.

However, when you go to a party like this, a certain mindset is in place. If it's not, it's quickly lobotomized into your brain by the party itself. I saw it happen.

I decided to do some exploring of my own and ran into someone I knew, so we caught up for a minute. Before he turned to go continue on his night, he said my I looked hot in my outfit and slapped my ass. The social rules were getting fewer by the minute.

At least the MeUndies were holding their own.

4. Somewhere, at some point, you're going to see live sex

Seeing a sex act happen before your very eyes is like checking someone out in front of your partner; your brain might say you shouldn't look, but your eyes and libido are not paying attention.

Inside an elevated, caged stage entered five men, two of whom had their hands bound behind their back.

They laid one of them on top of what looked like a torture table and strapped him in. A very  endowed man in a leather coat began to pour water on him while another held his legs from the other end. With him bound, stretched out and positioned, the two men started the real show.

Later, back in the cage, two men and a she-male (a woman above the waist, a man below it) swung around in revealing feathered getups.

However, most of the sex you'll see is from the people around you. And you don't have to go looking to find it.

Even the dance floor becomes fair game at a certain time of the night. Although the surprise generally wore off as the night went on, I still found myself marveling at the liberation these guys must be feeling.

5. The sex rooms are exactly what you think they are

Past the massive second dance floor lies a plethora of porta potties, as this party lasts for twelve hours. But right before I walked into the green illumination through the plastic meat rack strip curtains, I noticed a steep metal staircase leading up to an enclosed space separated by black dividers.

My curiosity got the best of me and I trailed behind two other guys headed in the same direction. I already knew what was up there.

I walked inside and my eyes tried to take in twenty things all at once, other than the steady flow of guys passing through the railroad apartment-style corridors.

No matter where I looked, something was going on. And if I stood somewhere long enough, I usually got an invite to join in.

The air was thick and smelled of sweat. It would have been a bit gross if I wasn't so distracted. I continued to walk with the slow pace of the crowd at the guys going at it like nobody's business.

I expected back there to be extra "handsy" when it came to guys gropin' as they passed.

And I was right... except I soon learned that the majority of what I'd felt weren't hands.

On a few occasions I took up an advance for a minute or so if the guy hit my eyes right, unaware of how much of a workout these dalliances eventually added up to. It almost felt like a crowded locker room, just one where all of the teammates wanted to get each other off.

The MeUndies were holding up great, especially when I saw some of the complicated contraptions some of the more hardcore guys were wearing, complete with straps, buckles and zippers.

In more than one instance guys came up for air in front of me and said, "Cute underwear." That's what you call a win.

6. It's an experience you'll never forget

There's no concept of time once you're inside the Black Party.

With no clocks around and sans my phone, I had no idea what time it was at any given point, minus some hints I heard from groups of guys I passed trying to figure it out themselves. I made my grand exit at a crisp 8:47 a.m.

The Black Party is nothing short of an immersive experience. My entire body was swept up in the excitement as it experienced things it never had before. Even my MeUndies were throughly tested, and remarkably came out unscathed.

True Black Party veterans have been attending for years, some for decades, and for good reason.

For all the stigma associated with it, it all comes down to how you want to experience it.

You're never forced to have sex.

You don't have to drink or do drugs.

Guys experience their party in their own way because, essentially, the Black Party is about you.

It's a no-holds-barred, nightlife free-for-all and how you approach it is your choice alone. But no matter when you go or what you wear or who you go with or even if you let your freak flag fly, my first Black Party is a liberating and legendary New York City experience I will never forget.

The only way to feel comfortable as first timer in a place like this is with underwear that makes you feel good, in every possible way. I recommend MeUndies to give you the confidence boost to make it through any situation.