Question What It Means to Be Different: Art Galleries Happening This Month in NYC 🖌🖼

This month the NYC art scene is filled with socio-politically charged work that will question your assumptions on race and gender and will expose you to new narratives on what it means to be different. 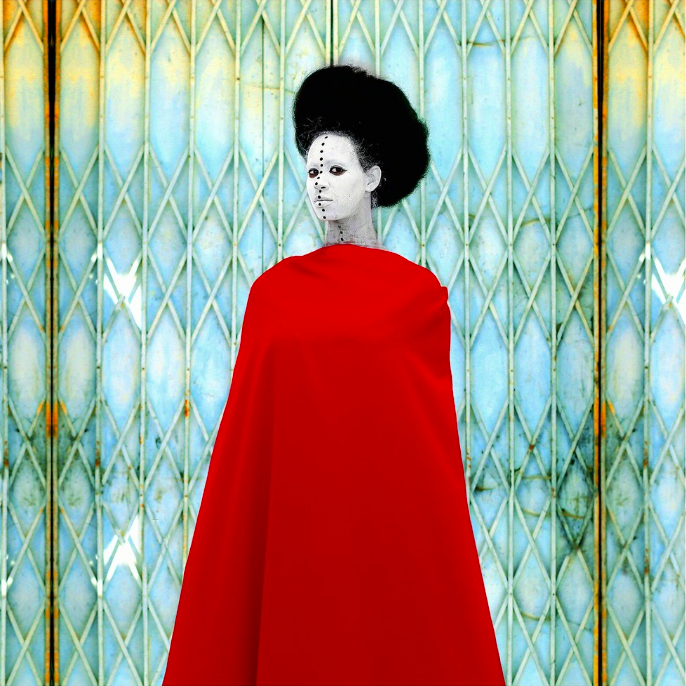 World-renowned photographer Aida Muluneh is bringing her latest body of work to David Krut Projects this spring. Through this exhibit Muluneh is exploring questions about “life, love, and history,” about the “the life that we live – as people, as nations, and as beings.”

Gathering inspiration from her African heritage, she has chosen to continue to work with body painting, which has been traditionally used by tribes throughout the continent for hundreds of generations. Muluneh’s pride of her heritage is further showcased on her choice to feature traditional headpieces, veils, and gowns throughout her photographs, and makes part of her conscious choice as an artist to try to make “Africa digestible in a different way.” Her work is therefore creating new imagery to represent Africa and as its diaspora, one that steps away from widespread stereotypical narratives that equate this continent with war and famine. 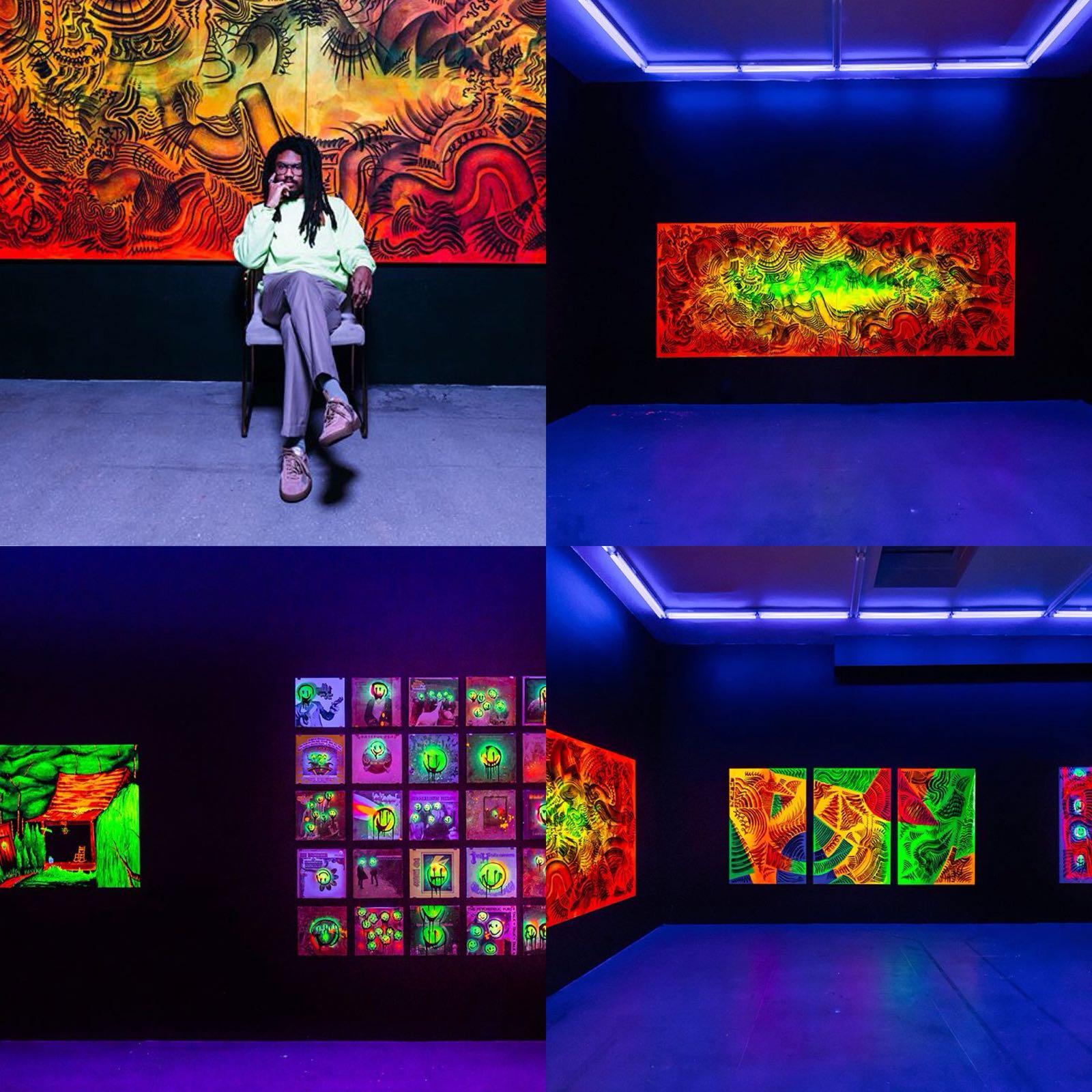 Vernon O’Meally, This Way to That Way, ABXY (Closes May 29th)

Vernon O’Meally’s pieces do not need the sun to set to come alive inside ABXY’s walls. His pieces’ juxtaposition of loud neon colors violently splashed onto the canvas with textured, black lines that spread onto the canvas with intricate patterns, deceive the mind into thinking that his paintings have movement.

O’Meally explains that his pieces are inspired by and a consequence of his fervent passion for music. His work process is informed by the music that moves him at the time of painting, which in this case was Nigerian Psychedelic Rock from the 1970s. He allows “the vibration of the music to inform his charcoal,” so in a sense he uses his brush to dance to the beat of the songs that he finds inspiring.

It, therefore, makes sense when he says that he wants the music that inspired his paintings to “vibrate off his pieces,” to transfer the same raw emotion that music makes him feel. In other words, his intent as an artist is to “create sound visually,” and this is what makes the act of contemplating his artwork a multi-sensorial delight.

ABXY is located on 9 Clinton Street 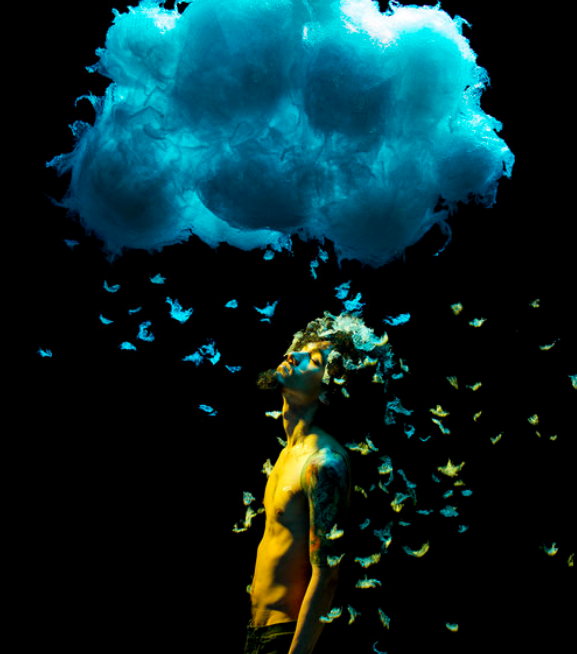 Perfected Scene brings together three artists that are unified in their efforts to create magical imagery with everyday objects and bare bodies.

Jason River’s photographs particularly convey this mystical element that ties this exhibit together. He does this through the depiction of a cloud that with feather-like drops soothes the bare bodies it touches and that changes the skin tones of the ones it touches. River’s cotton like clouds and feathery drops bring to mind childlike dreams where the skies were playfields for children to bounce and play. 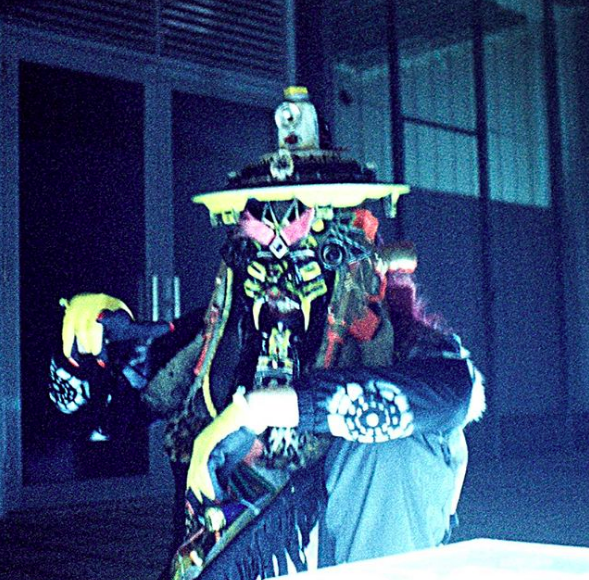 Rammellzee -cultural influencer, legendary artist, graff and hip-hop pioneer, and straight up New York cult icon- is bringing a retrospective of his vast amount of work to New York this month.

Whether you recognize his name from his seminal record Beat Pop, "which is still widely regarded as one of the foundational tracks of early rap, and has inspired artists such as Parliament Funkadelic, the Beastie Boys, and RATKING,” his hip-hop collaborations with Charlie Ahearn and Basquiat, or his cameo on the all-time classic film Stranger than Paradise, this is a show not to be missed.

Racing for Thunder examines the evolution of Rammellzee’s artwork and will provide its viewers with snippets of his vast body of work, including his seminal post-graffiti artwork, pieces from his Letter Racers and Garbage of Gods exhibits, as well as new work commissioned by Red Bull Arts New York. 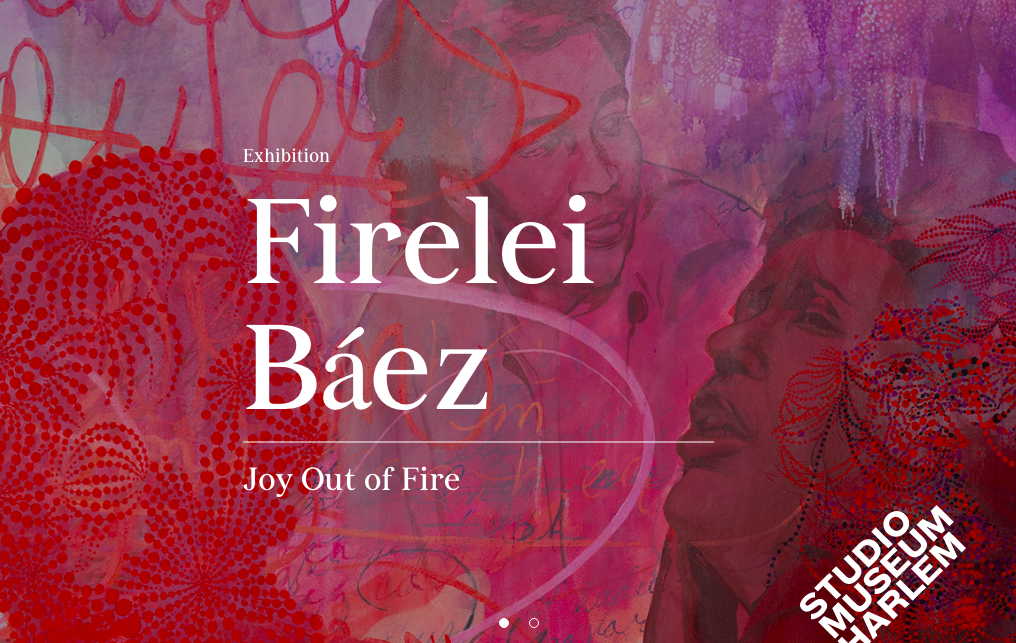 Joy Out of Fire continues Firelei Báez’ longstanding effort to change the way in which women,

particularly Afro-Caribbean/Afro-Latina women, have been represented in visual culture and throughout history.

Baez’ work portrays women from different socioeconomic backgrounds, historic eras, and it intentionally highlights important females of color that according to the artist “have historically been overlooked or thought of as tangential to their male counterparts.” She does this by blending their portraits with “archival photographs, notes, diaries, letters, and manuscripts,” relevant to their histories and narratives.

The artist’s choice to create wall-length canvases from which large portraits of female figures emerge in striking, bright colors, aides Baez’ intent to portray Afro-Latin women as powerful and beautiful. 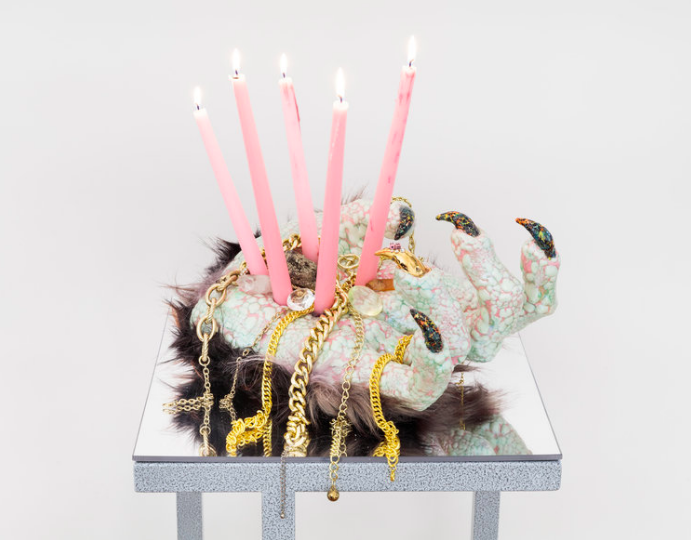 Flamethrowers is unlike any other ceramic show you have seen before.

Roxanne Jackson and Shannon Goff combine luminescent ceramic sculptures of beasts’ paws, jaws, fangs, and claws, with an assortment of animal fur, human hair, jewelry, and brightly colored precious stones, to bring to life whimsical monsters. To breath life into creatures that with their loud colors and lustrous glazing command viewers’ attention from afar and manage to stay interesting from up close with their intricate design and lavish decoration. 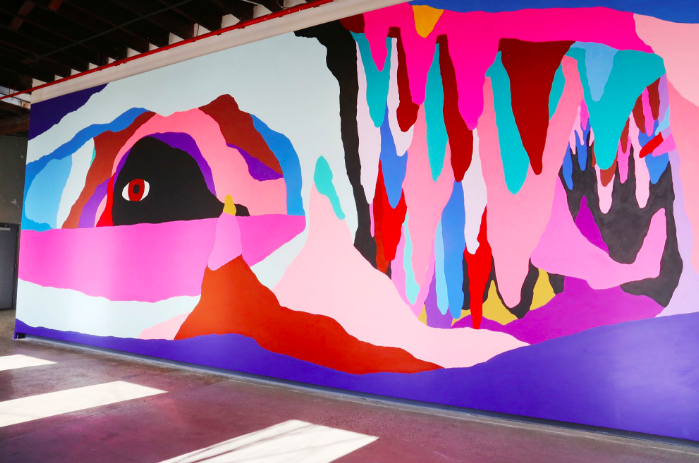 Macon Reed, Who Is Watching You More Than You Are Watching You, Knockdown Center (Closes August 12th)

Macon Reed’s 52-foot-wide mural strikes the eye from afar with its loud neon colors. However, it is this mural’s blend of amorphous shapes and lines, that can be interpreted to be anything from abstract art to Plato’s allegory of the cave, what makes this large-scale painting interesting from up-close.

Who Is Watching You More Than You Are Watching You, makes part of a series of conceptual projects designed to showcase the spaces that still exist in modern society between people both in a literal and figurative way. 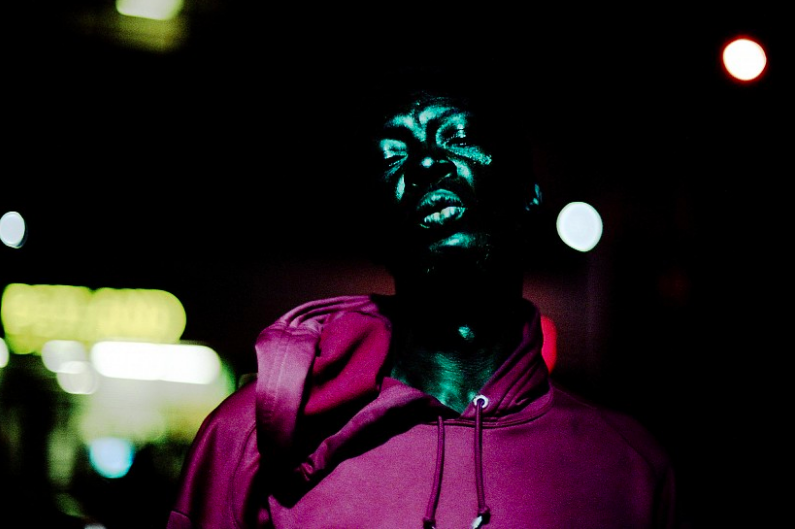 Khalik Allah’s images provide “a glimpse into a world and people that many choose to ignore,” into the realm of the socially disenfranchised that silently inhabit this city’s corners and dead alleys. This artist turns his lense to the homeless and drug addicted with the intent to showcase their unique expressions, body movements, and to highlight their emotions and show both pain and joy through their eyes.

Allah’s work uses a slow color film and nocturnal urban lights from shop windows, street lights, or subway platforms to create portraits of faces that glow under the city’s fluorescent lights; to bring into life photos that showcase his subjects’ unique expressions, smiles and tears, and catch a glimpse of their personalities as well as of their individuality.