This month galleries are showing the most militant and politically charged art we have seen in the last few years.

It will delight your sense of sight while deeply questioning your belief system and stance on current political issues that have come further into light since Trump took office.

These Manhattan galleries offer a small sampler of everything going on this month. 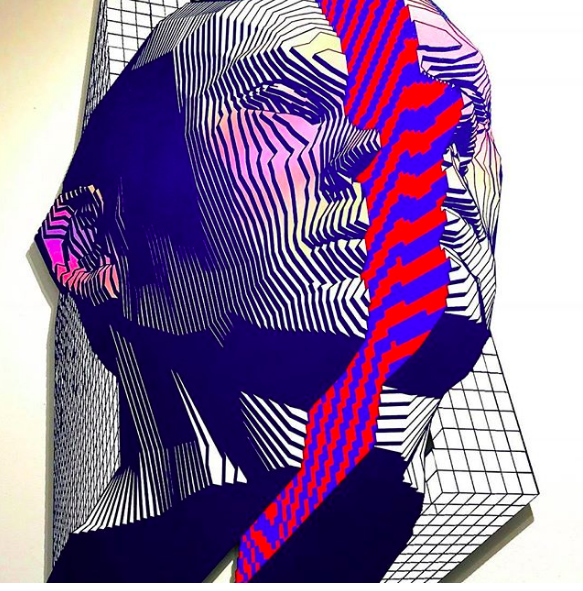 This month, J. Demsky, one of the highlights of last Miami Art Basel, is showing his internationally acclaimed work at GR Gallery.

His paintings will confuse your sense of sight. They will make you wonder about the media that this artist uses to construct his extremely detailed characters.

You will find yourself suddenly pondering about whether his work is computer rendered or drawn by hand and whether it is meant to be two or three dimensional. It will also make you question if his paintings are being referential to 1980s sci-fi motifs or if they are a visual representation of the way Demsky thinks humans will be thought of in the future.

Demsky’s pieces stand out from the crowd because they are mesmerizing from any angle you look at them. They fool your perception by creating what can only be described as a deceptive illusion of movement. His paintings are interesting because they appear to have frozen a moment in time, to have captured a mere instant in time and space. 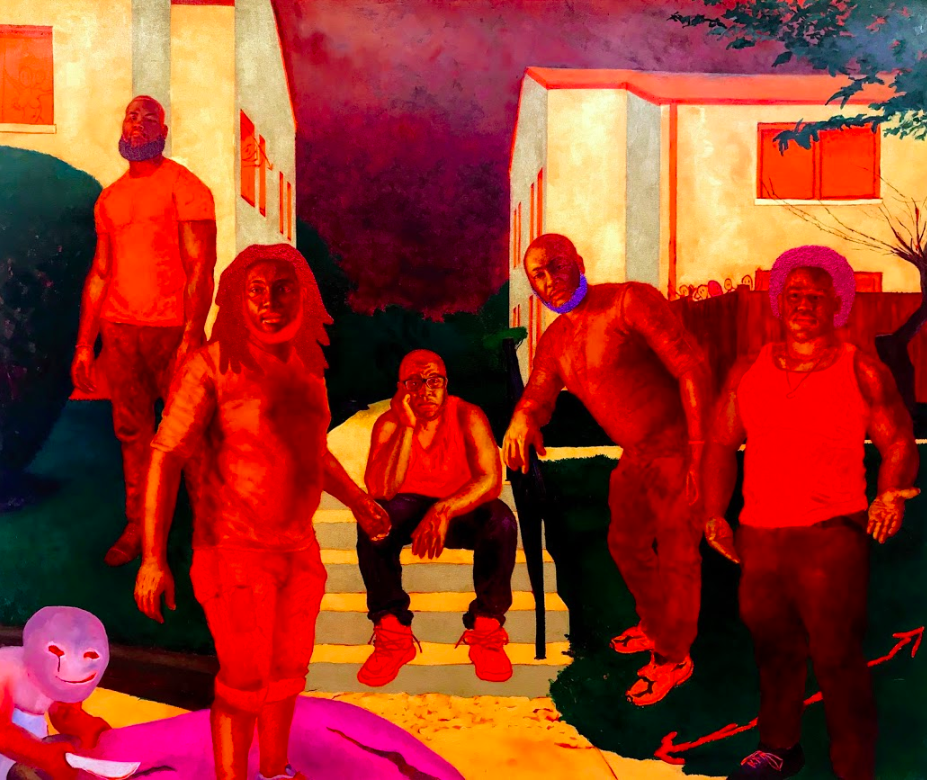 Niles’ work is magic realism presented in paintings. His art feels raw while still conveying a sense of mysticism and playfulness.

The characters depicted in his paintings seem to live in a harsh reality, one that seems to constrict their freedom and stop them from experiencing pure joy.

However, it is the magical elements of his pieces and his chosen dark color palette, what adds a fantasy element to his characters’ reality. The mystical effect conveyed by his paintings might be what sets his subjects free from the socio-economic factors that constrict their everyday life and what sparks up the subtle joy you can see in their eyes.

Niles’ images convey such intimacy that they almost make you feel as if you were being invited into his characters’ reality. Their warmth, joy, and pain is deeply personal and touching. His subjects are raw and real. 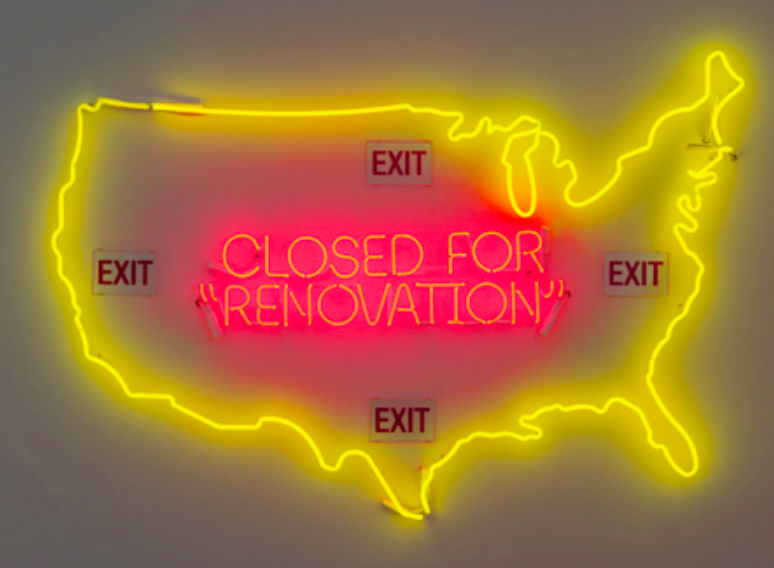 This exhibit asks us to be fully conscious of the fact that the current administration is effectively constricting our civil liberties, silencing our voices, and neglecting minorities’ right to exist.

Throughout the words and images that can be found on this show, you will be confronted with the political turmoil we are presently facing. 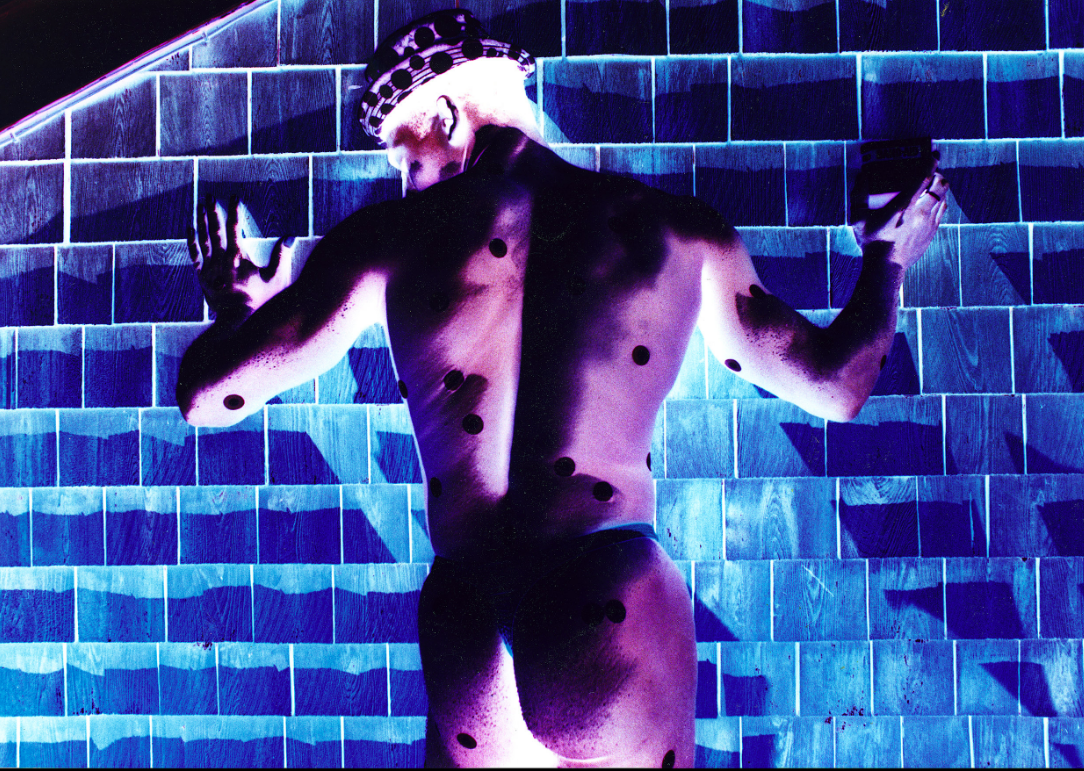 This month, Pen and Brush is presenting a retrospective exhibit of Lola Flash’s work. Throughout this show, you will be confronted with Flash’s politically charged images, which, as according to the author, are intended to "challenge stereotypes and offer new ways of seeing the world that often transcends and interrogate gender, sexual, and racial norms."

This show’s highlight includes her AIDS Art series. The photographs contained in this series depict overexposed, almost luminescent, characters, which make use of their fluorescent looking bodies to display their dark emotions and transport us to a post-apocalyptic alternate reality.

In this dystopian reality that Flash constructed, everyone seems to have accepted the condition of human alienation as a new state of being and her subjects seem to be devoid of the humanity that is meant to define and unite us.

Flash’s images bring to life the reality she had to endure in the late 80’s and early 90s when the AIDS crisis was at its peak. These were years that for her were defined by the pain for the loss of loved ones and by the rage she and the overall LGBTI community felt towards the structural institutions that neglected their need for help to fight this crisis.

However, this show is not only about the human race’s somber undertones. It is a beautiful display of the compassion and support that the LGBTI community exhibited amongst itself back then and a testament to this community’s resiliency and heroic capacity to survive.

Flash’s artwork also reminds us that there have been periods history in which we have chosen to disregard the categories that invisibly divide us. It is speaking to the power we currently have to unite and resist.