Bonkers for Bagels: The Arrival of Bagels in NYC

I was drawn to New York’s bagels before moving to the city, eating them as a staple breakfast item in my Jewish household, served with Garlic Herb Schmear and Lox. Poppy Seed bagels with Garlic Herb Schmear and Lox became my favorite breakfast of all time. Growing up in California, we didn’t have bagels that were as good as those in New York, but we made the most of what we had. Our favorite place was adequately named: Noah’s New York Bagels. This place had everything, and I don’t just mean everything bagels.

There was every type of bagel, cream cheese, and topping you could think of and that’s why I know strawberry cream cheese is surprisingly good. In 1989, the founder of Noah’s Bagels decided to bring a taste of New York to California, and this resulted in the birth of their West Coast location. The power of New York’s bagels was so powerful that it spread to the other side of America, but let’s go back to the beginning. How did bagels come to New York before they even reached California? Bagels came to the U.S in a similar fashion to Jewish Deli foods. 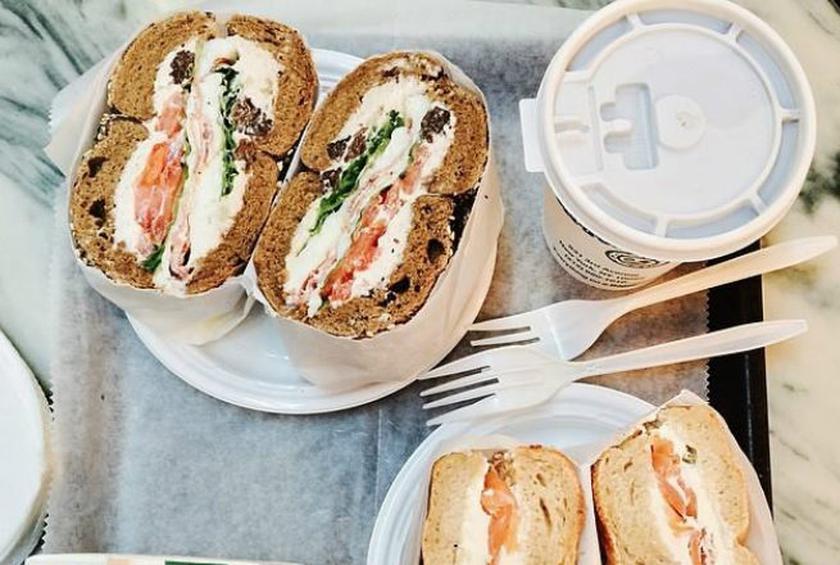 New York City seems to be the home of the best bagels, but the original birthplace of bagels was Poland! Bagels were created in 1683 and didn’t make their way to New York until the 1800s when Jewish Immigrants arrived with their recipes. In time, bagels became widely popular. What was the cause of their popularity? The craftsmanship of course and one small ingredient that is a big deal. When asked, my mom (a New York native) replied, “It’s in the water.” New York bagels are kettle boiled, giving them a much better flavor and texture.

New York state has one of the best water reputations in the U.S. because the water travels over 125 miles to reach our taps and is charged with minerals. According to NYC Food Policy, the water is also “treated with chlorine, fluoride, orthophosphate, sodium hydroxide, and ultraviolet light which makes it safe to drink.” Boiling the bagels in this kind of water is what gives the bagels their bite and color. Several bagel bakers also include spices and herbs inside the water to add even more flavor. A lot of bagel places across the U.S skip the step of boiling bagels to save money.

Rolling the dough by hand is another reason why New York bagels are superior. Hand rolling not only gives the bagel the proper shape but also allows it to be soft and chewy. However, the bagel itself and the process of making the perfect dough isn’t the only cause of the New York bagel’s success. The bagel places in New York also have a huge variety of toppings and flavors to pair with their tasty dough. The first bagel place I went to when I visited New York for the first time was Ess-a-Bagels and they did not disappoint. I haven’t been able to stop thinking about that place since I’ve moved here. Ess-a-Bagels was started by an Austrian baking family in 1976 and currently offers a variety of menu items aside from your standard bagels like pizza bagels, mini bagels, and a great Reuben sandwich.

A popular destination for delicious bagels is often Jewish Delis, like Zabar’s, which offers an abundance of baked goods as well. Russ & Daughters, the Jewish-Polish immigrant-owned deli, has served Bagels and Lox for 107 years. They base their restaurant on the concept of “Appetizing” stores that cater to Traditional Jewish cuisine. Appetizing is used as a noun to describe “the foods one eats with bagels.” Similarly, Frankel’s Delicatessen & Appetizing enforces this same concept to appeal to Jewish dietary laws. Kossar’s Bagels and Bialys, another Polish-owned bakery, is named after “Bialystoker Kuchen”, the Yiddish word for “little bread from Bialystok” which was a bread that immigrants ate with every meal back home in Poland. 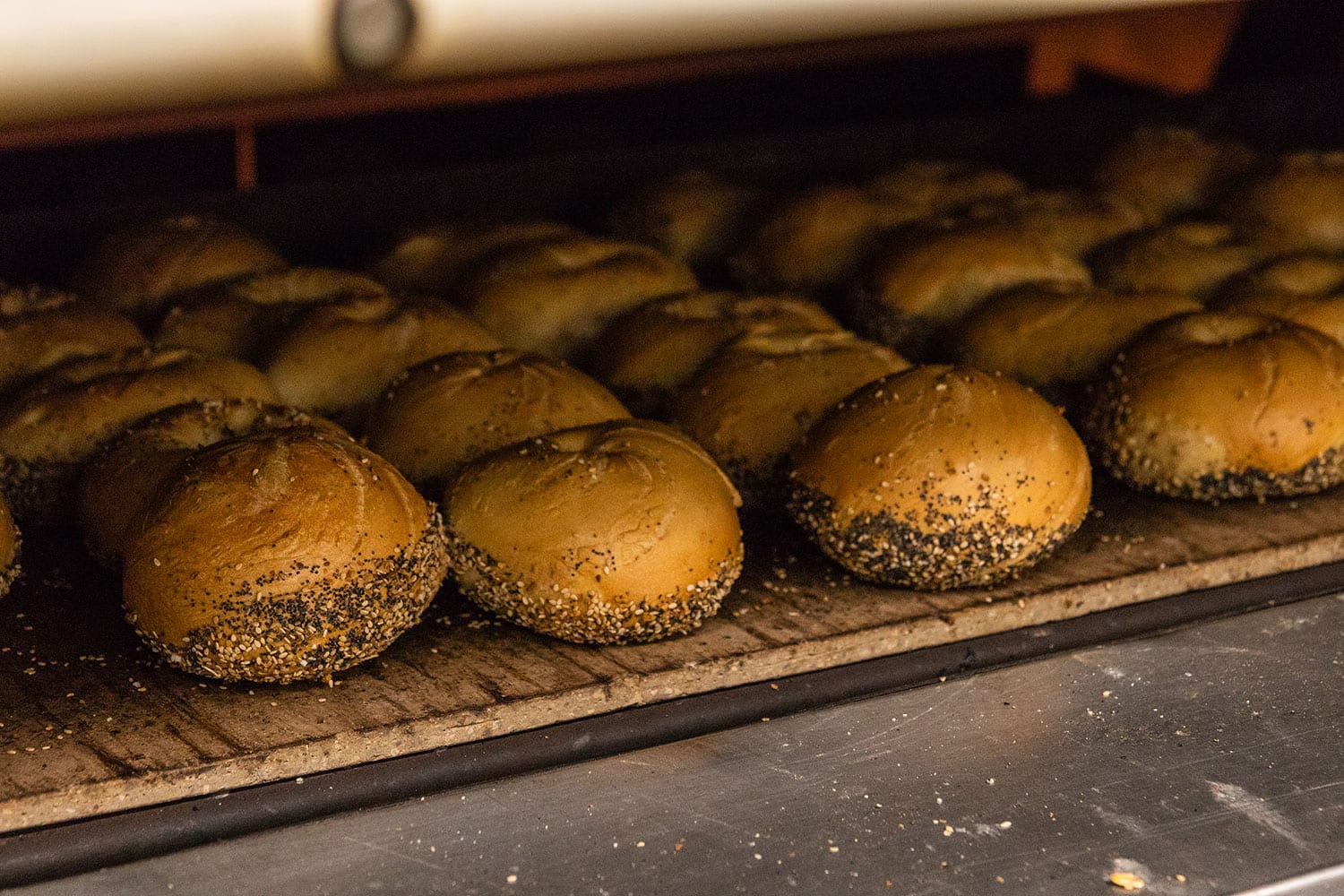 There are also classic bagel and coffee spots like Black Seed Bagels, Tompkins Square Bagels, and H&H Bagels. Tompkins Square Bagels is a hub for celebrities, like Timothee Chalamet, who claims that it’s one of his favorite places to eat. H&H Bagels has been featured in television shows like Seinfeld, The Office, You’ve Got Mail, and Sex and the City. In addition to being common sites for filming, bagel places are a symbol for the New York community. Bagels seem to be the thing that unites people, no matter where they’re from or who they are. There is no shortage of good bagels in NYC.

Next time you go out for a nosh, you’ll remember how bagel recipes were passed down from Jewish and Polish immigrants assimilating in America. As well as the intricate process of making them by hand-rolling dough, boiling them in New York’s mineral water, and pairing them with toppings. Although you can find bagels anywhere, they are hugely significant to the New York City community and diet.