Remember the 2nd Avenue explosion that took place in March of last year?

Well, if you don't, let us remind you. There was a powerful explosion in Lower Manhattan on Thursday, March 26th, 2015 which collapsed two buildings, sparked a large fire, killed three people, and injured 19.

The New York Post reported the latest development on that story: Thursday morning, five people were arrested on charges of manslaughter and negligent homicide from that infamous fire.

Their bodies were pulled from the rubble of Sushi Park, a restaurant destroyed in the blast, after three agonizing days of searching.

19 others were injured in the blast, and in true New York style, there were heroic rescues. More than 250 firefighters responded, and one man even climbed through smoke to look for stranded people.

Of course, less significantly, but still significant, one of the buildings destroyed in the explosion was the beloved Belgian French fry restaurant Pommes Frites.

The five arrested were three contractors and two building owners.

Ioannidis was also charged with false instrument for filing, along with licensed plumber Andrew Trombettas, who were both given a permit to do gas-line work on the building. 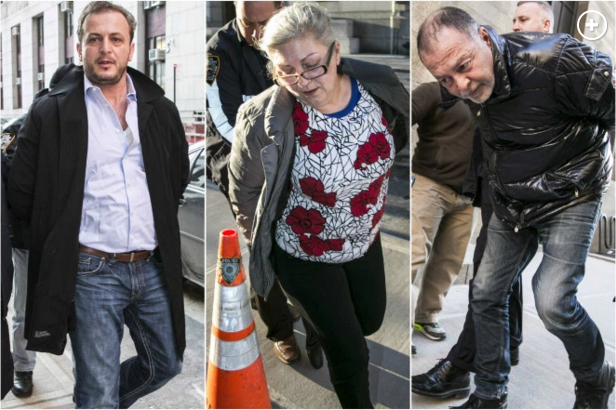 All five suspects are scheduled to be arraigned before Justice Kirke Bartley at 2:15 p.m. on Thursday.

When Hrynenko was brought in by authorities, she said, "I'm a good person."

Of course, we can't make a judgement call on these people's guilt or innocence. We do know that Michael Jr. and Kukic were both among those injured in the explosion, so we're going to hope they didn't actually want it to happen.

Still, we recognize the city needs to crack down on negligence like this, because we'd obviously prefer to avoid any fatal building explosions in the future.

Check out Bloomberg Is Seriously Considering a Run for President.