From Jeff Koons to Zach Blas: Definitive Guide to NYC Art in April 🏙🎇🎨 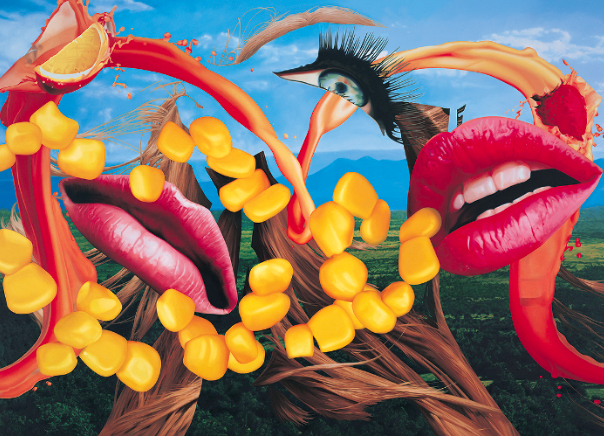 Jeff Koons’ "balloon animal" sculptures, found in Paris, London, and in New York’s World Trade Center, have cemented him as one of the most recognizable and prolific living artists of all time. The Gagosian is presenting Koons’ latest work, featuring sculptures as well as seven large-scale paintings.

This artist’s collages juxtapose eyes, lips, and cascading hair locks with food items and brightly colored landscapes to create whimsical images that are interesting because of their strangeness.

In his paintings, Koons uses images of eyes that convey intense emotion and full lips that are slightly open, to bring to life pieces that are as deeply romantic as they are sensual. 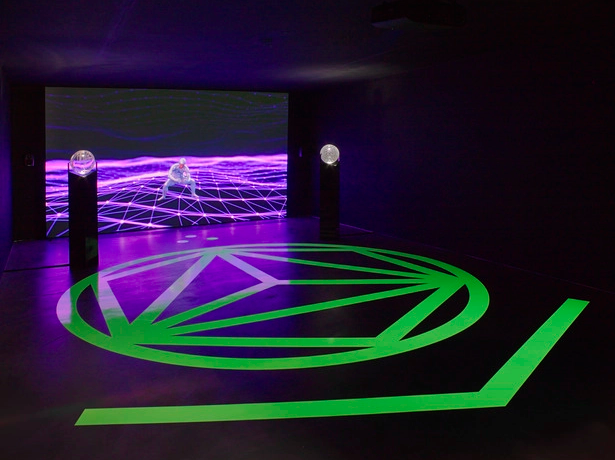 Art In General is presenting Contra-Internet, “a queer science fiction film installation that includes live action, CGI animation, blown glass sculptures and a single edition publication titled The End of the Internet (As We Knew It).”

This exhibit by world-renowned trans artist Cassils creates an alternate universe that viewers can see projected on the screen but can also experience sensorially as this show’s neon moving lights were designed to be projected on people’s bodies.

Based on the opening sequence of British filmmaker Derek Jarman’s seminal 1978 queer punk film Jubilee, this show confronts the “growing hegemony of the internet,” and does so by delving on feminist and queer approaches to technology and sci-fi resistance.

Art In General is located on 145 Plymouth St. 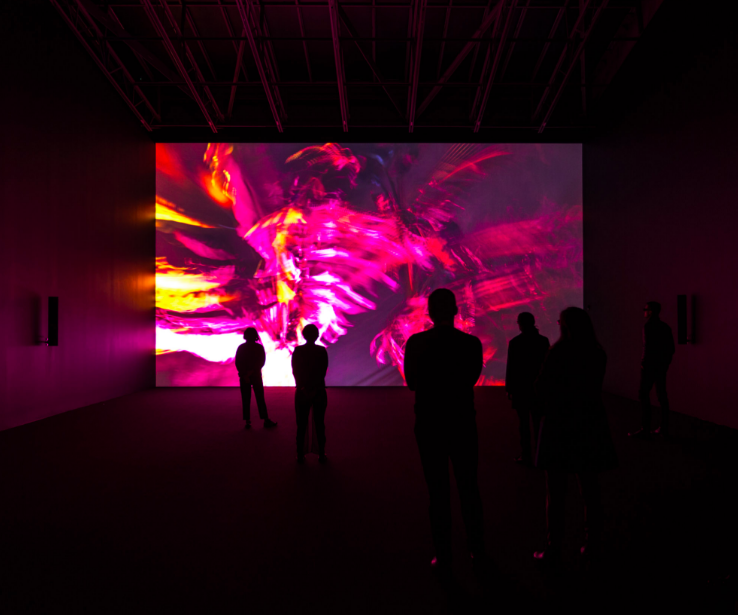 This month Gladstone Gallery is presenting Nightlife, “a three-dimensional film that connects a series of divergent natural and cultural phenomena throughout Cleveland, Los Angeles and Berlin.”

Cyprien Gaillard combines the reproduction of a soothing soundtrack that echoes inside this gallery’s walls with brightly colored projections of fireworks, city monuments, and nature, move and dance around this space to create a “hyper psychedelic experience.”

One of the projections is of the fireworks that were lit up during the 1936 Summer Olympics in Berlin. Gaillard’s close up on these distorted neon lights, which move across Gladstone’s walls while changing in form and incandescence, overall look like a cosmic blast that blurs the “line between reality and a hallucinogenic trip.”

Dalek and Buff Monster are not only internationally recognized street artists; they have more recently become figures of the ‘New Pop Culture’ wave. Their artwork is not only popular on Instagram, but can be found on the streets of Lower Manhattan, ads for major brands such as Nike, and featured on films like Exit Through the Gift Shop.

Space Out will showcase these artists’ latest work in which they mix their famous alter egos and characteristic mazy colorful shapes to create their own psychedelic cosmos. In contrast with other exhibits happening in New York this month that intend to tackle serious socio-political topics, this exhibit with its display of colorful and witty characters and an anarchic array of lines and patterns is one to be see through a comedic lens and to be taken in more lightly.