Here's the situation: Curbed reported that P.S. 186 in Harlem is in the throes of a renovation. It's being transformed from an abandoned, run-down building into a $48.6 million mixed-use development.

The focus of the development? Low-to-middle income housing. What does that mean for you? Well, if your application is chosen, you could get an apartment for as little as $508 a month.

This all began in 2014 when the city's Department of Housing Preservation and Development, in tandem with Monadnock Development and Alembic Community Development, announced that they'd be rehabilitating the building.

Get ready. Housing Preservation and Development will begin accepting applications for the refurbished development's affordable apartments on February 5th.

There will be 78 affordable apartments in the building, so while that isn't a lot, it's definitely worth a shot, right?

As usual, the pricing of each apartments varies with income and the apartment's types. Of the 78 affordable apartments, there are 19 studios, 9 deluxe studios, 38-one bedrooms, and 12 two-bedrooms.

You can check out the full list of units and their pricing requirements here. You can access the application here.

Get your applying hat on, and get ready to submit your application on February 5th. If your income falls within the range of incomes, you might as well apply. You never know what will happen, as they say. 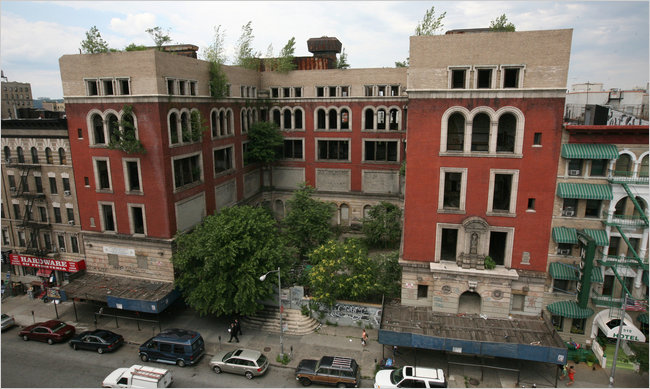 On the other hand, if you're looking for a good deal on a good apartment without having to fork over a hefty chunk of cash for some totally bogus brokerage fee, download the Oliver app here.

Check out Brooklyn Is Officially the Most Unaffordable Housing Market in the USA.