The Only Gallery You Must Check Out This Winter 🎨🖌🖼

There’s absolutely no doubt that ABXY Gallery will deliver its visitors an innovative and fresh art experience whether they decide to go next week, next month, or this second!

New York and around the world: 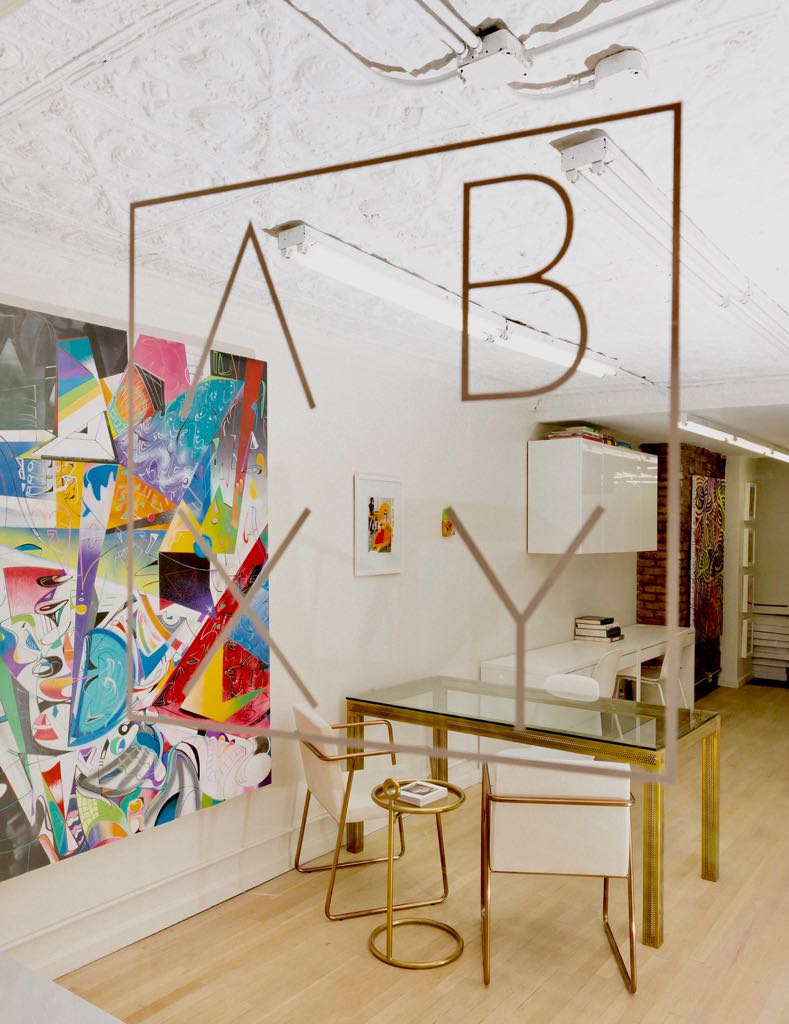 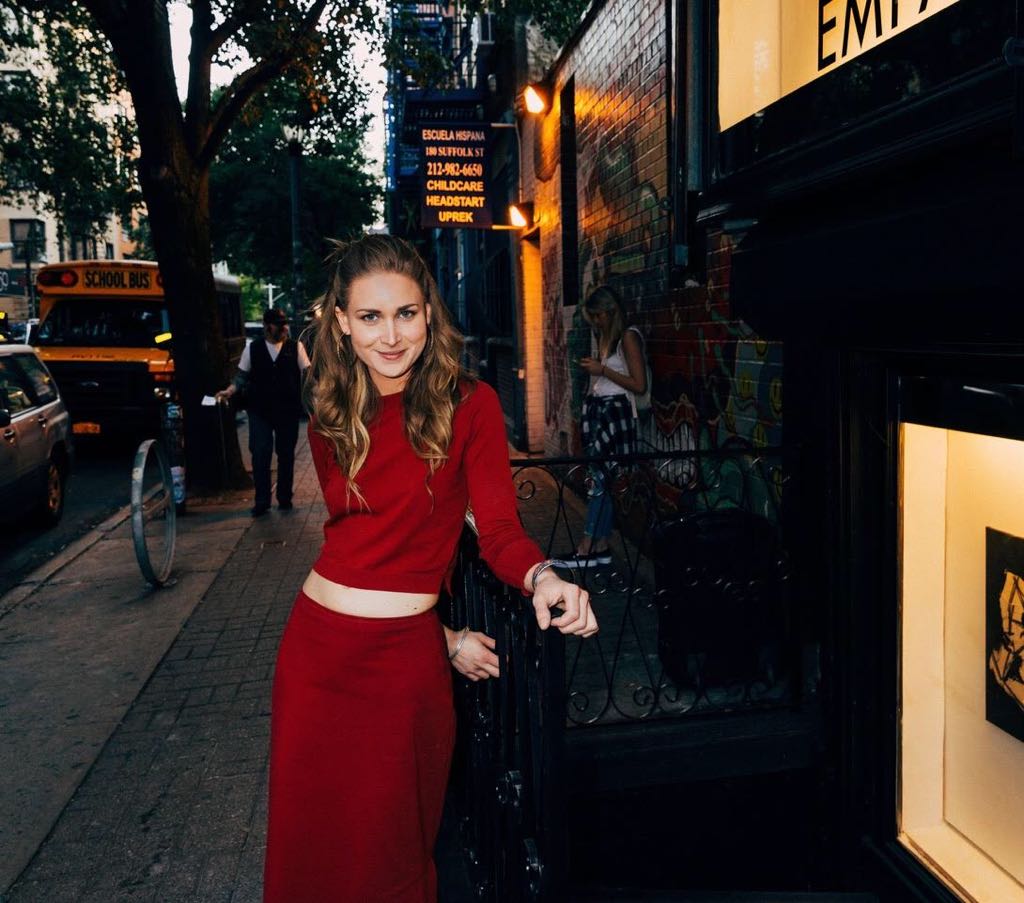 The main reason why this gallery stands out and shows real promise to become a prime NYC art destination is the vision that Allison Barker has for ABXY’s future.

Allison’s impeccable taste for visually striking, socio-politically charged, and meaningful art delivers a sense of trust and certainty that the pieces exhibited at her gallery will always be worthy of your time.

The fact that this space was established solely to support and foster the development of the work of a select few young artists means that you will have the opportunity to see the evolution of their art and aesthetic over time.

Allison’s vision of 2018 for ABXY is to plan solo shows to further expand the body of work of extraordinary artists such as Vernon O’Meally, Corey Wash, Malik Roberts, and Zeehan Wazed. This will provide you with the opportunity to see paintings fresh after their conception.

ABXY’s space and its vibe 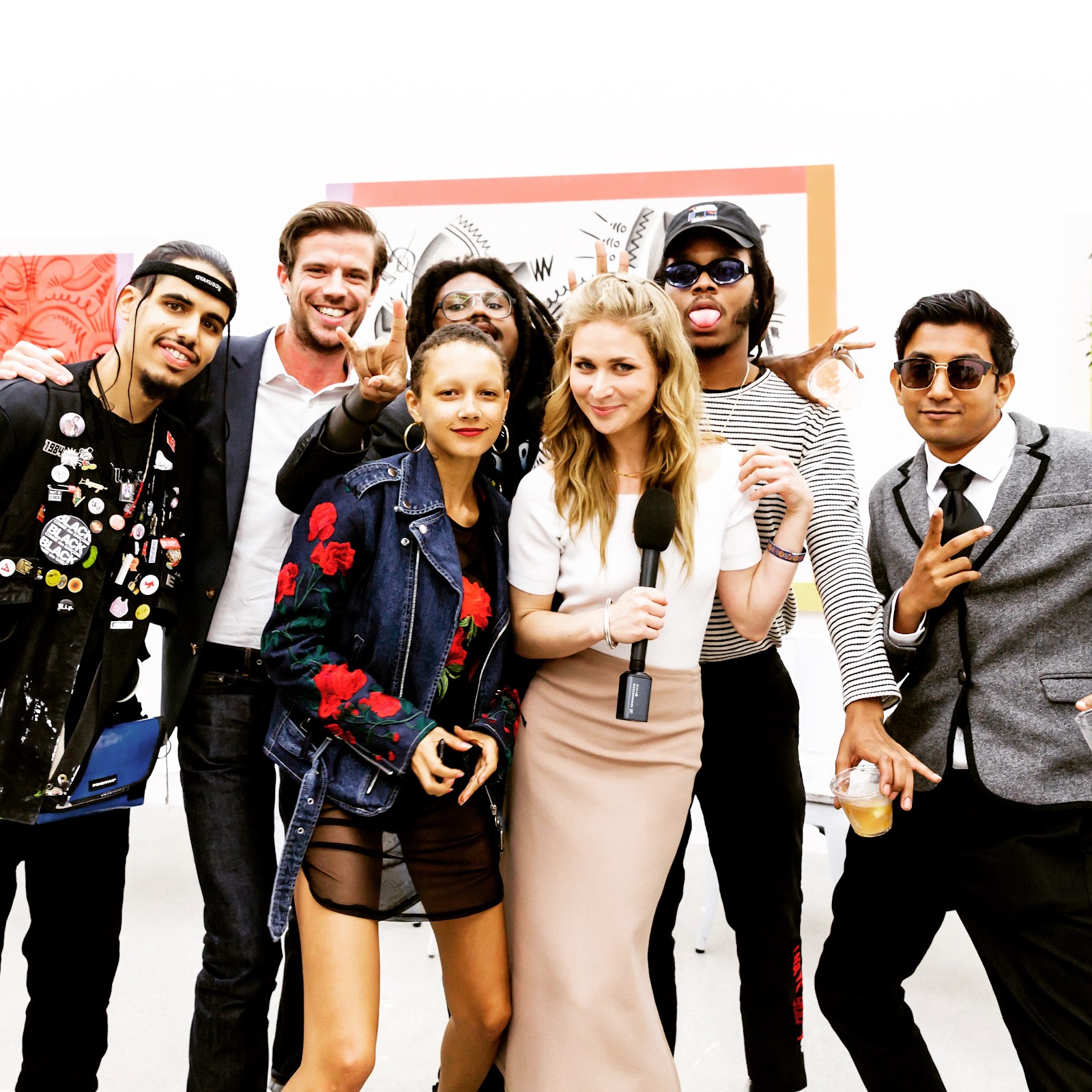 ABXY also stands out from the crowd because of its challenging of the status-quo of NYC’s art scene. ABXY is a female-run business that features the artwork of young minority artists. Not because of their background but because of the sheer talent contained in their work. This sheds light on the importance of having a more diverse range of perspectives represented by NYC’s art scene.

This gallery is also a departure from the widespread cold, intimidating, and uninviting atmosphere that is characteristic of many galleries in Manhattan. ABXY exudes instead a warm and inviting ambiance that allows patrons to truly experience the artwork displayed on its walls and perhaps engage in conversation with Allison or artists featured in the gallery, as they often paint and hang out there.

The artists and their powerful work

What drew me to this gallery with almost violent force were Vernon O’Meally’s paintings. His use of vibrant neon colors which seem to emanate three-dimensionally from the pieces and mesmerizing patterns that coexist in anarchic harmony within the large canvases has held my attention since that summer night.

O’Meally’s pieces have a mysterious power. Their juxtaposition of deep colors violently splashed onto the canvas with textured, black lines transfer intense emotion and deceive the mind into thinking that his paintings have movement. It’s almost as if your visual experience of this artist’s work was transferred onto your sense of touch and was felt by your entire body.

Even though this artist’s pieces absolutely speak for themselves, O’Meally’s persona and explanations of his paintings elevate his artwork to an even higher level. As Allison Barker, succinctly puts it: “meeting Vernon is such an experience, he changes the energy of a room”.

He exudes a sense of tranquility and ease that makes you feel at peace and receptive to his every word. And when you talk to him about his work, everything you have been unconsciously thinking about it finally clicks and it makes you connect with it more profoundly.

O’Meally explains that his pieces are inspired by and a consequence of his fervent passion for music. His work process is informed by the music that moves him at the time of painting, whether that music is heavy metal, punk rock, or psychedelic beats. He allows “the vibration of the music to inform his charcoal,” so in a sense he uses his brush to dance to the beat of the songs that he finds inspiring.

It therefore, makes sense when he says that he wants the music that inspired his paintings to “vibrate off his pieces,” to transfer the same raw emotion that music makes him feel. In other words, his intent as an artist is to “create sound visually,” which is what makes the act of contemplating his artwork a multi-sensorial delight.

Malik Robert’s work is powerful; his voice is loud and clear, and the message he conveys through his pieces is compelling.

Art is at is core supposed to arrest your attention, transfer emotion, and inspire you to question your ideas and belief systems. What is truly remarkable about Robert’s work is that he manages to accomplish all of this from the moment your gaze locks onto one of his pieces.

There are layers to Robert’s paintings. It’s strange and almost frightening beauty is captivating from afar, but it becomes conceptually interesting as you deconstruct it from up-close. His deformed and almost demonic pop-culture subjects, which range from characters such as Batman to, Kim Jong-un to Kim Kardashian, blur the line between a dystopian, alternate reality and the absurd and sometimes enraging world which we live in.

Robert’s work makes us wonder what the differences are between Gotham city, the state of North Korea, and our Westernized reality, one in which we glorify superficiality over justice and fame over substance. It also makes us question who our heroes are as well as why we have chosen them to take this socially charged status in our collective consciousness.

This artist’s pieces have become increasingly political over the last couple years, especially since the murder of Trevor Martin and failed prosecution of his killer George Zimmerman. He has since been consequential with his desire to use his platform and voice as a means to invite people to empathize and be confronted with the socio-political issues that are at the core of our society.

‘Stolen,’ Robert’s latest show at ABXY, explored what has been historically taken from Black communities through means such as systemic racism and cultural appropriation.

This is evident in his piece “Champagne Incident” (above), a re-imagination of Kim Kardashian’s ‘break the internet’ photograph, which was, in turn, a recreation of a controversial 1980s picture of a 1976 photo of Carolina Beaumont by the same photographer. Here the fact that Kim’s face appears to be deformed and somewhat diabolical serves as a reminder that this photograph was in itself the subtle reincarnation of imagery steeped in centuries of racism, oppression, and misogyny. This painting also poses the question of why we choose to glorify a person that has consistently profited from the exploitation, fetishization, and appropriation of Black culture.

On the other hand, Zeehan Wazed’s paintings will playfully challenge your sense of sight. The intent of his work is to “play with people’s perceptions and how they inherently see things. "Wazed’s pieces will capture your attention with their striking juxtaposition of vivid and dark colors and with their unique subjects, which stand out individually but also manage to blend in with their surroundings.

This artist’s paintings will make you wonder what it would be like to be transported to this artist’s whimsical universe, one in which diverging realities and dimensions collide and the geometric laws that rule our universe are non-existent.

There is absolutely no reason why you should ever miss out on coming to ABXY whether it is with friends, out-of-towners, or on a date. It will most definitely be worthy of your time!