Extreme Makeover! 5 Boozy Spots in NYC That Have Gotten A Facelift

How do you stand out in a city that's constantly changing?

New York City is all about reinventing yourself to stay fresh and appealing in a city full of people driven to make their mark.

This is known all too well by bar and lounge venues, who often refresh their look to keep up with the myriad of other watering holes found in NYC.

We're inclined to b*tch and moan at the slightest changes to our beloved city, but we've gotta admit, an update can sometimes be welcome.

It takes a lot of guts to do a complete makeover, so these are some of the hot spots that if you knew them before, you might not recognize them now.

1. The Django (2 Avenue of the Americas)

Nestled in the sub-level of the swanky Roxy Hotel you'll find The Django, a chill jazz club with an intimate feel and live shows nightly from Wednesday through Saturday. The hotel, formerly known as the Tribeca Grand, did a complete overhaul on the venue during its massive renovation this year.

In exchange from a more grungy and "underground" feel, The Django classed it up a bit with exposed brick, intimate mood lighting, and a full mirrored bar that could rival any '20s speakeasy. It's a great spot for a subdued night on the town. We'll drink to that! 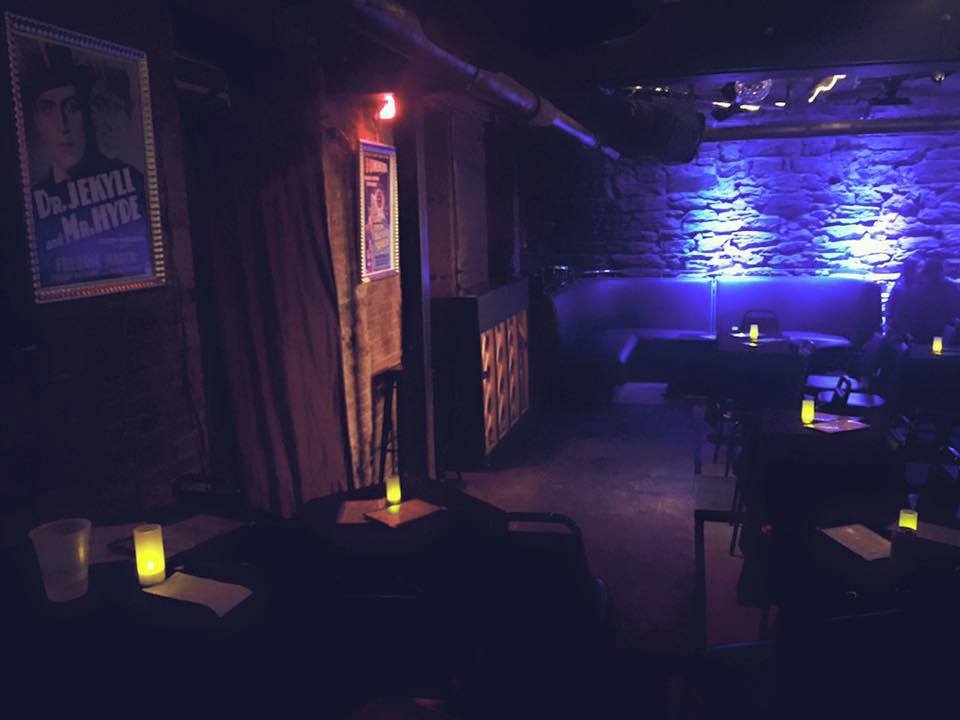 A Columbia hole-in-the-wall turned into a cozy sultry cabaret space, The West End on the Upper West Side has come a long way from its previous life as The Underground, a quiet and deserted corner dive bar. Owner John Forslund dove in headfirst to create a warm and welcoming gay-friendly bar.

Though the bar has gone through waves of renovation, its biggest was their backroom cabaret theater, which was unveiled last month. It revolutionized the stage and seating to create an extra intimate feel with more fluid maneuverability throughout, for an enhanced performer and audience experience.

Forslund hints that the front bar is also set to undergo a noticeable facelift during the winter months, so stay tuned for even more changes to come uptown!

A new restaurant and bar with a bluesy-southern charm has just made its debut in Sunnyside. Owner Paul Longo bought the old Molly's Bloom restaurant in January and gave it a totally different layout, menu, and vibe but kept the classic "neighborhood" feel that the locals loved Molly's for.

Inspired by his friend's ranch in Montana, Longo created a rustic yet "homey" atmosphere. The stuffed wolf watching over the bar is Ida, the venue's namesake, as she was passed down to Longo from his friend's mother and embodies his memories of the ranch.

The heavy emphasis on blues music, combined with the mythic ranch legend of Ida, work together to complement the rest of the decor for the restaurant, reflecting timeless Americana motifs.

Although its name might be less than creative, the old shell of River Styx in Greenpoint has undergone a huge overhaul to be a more upscale version of its former self. Along with a brand spankin' new bar, owners Syd Silver and Homer Murray added a new kitchen and renovated the posh dining area as well.

On opening weekend, Murray's father, Bill Murray (yes, THE Bill Murray) got behind the bar and was serving drinks alongside his son. They've also crafted an innovative menu that will change seasonally and get their food ingredients exclusively from local farms.

A legendary Coney Island mainstay reopened this year as a beer garden chock full of memorabilia from the early days of the amusement park, including the creepy “funny face” that park owner George C. Tilyou made himself, which is still a Coney icon.

Owner James Quigley says that beer brewed here is made with hops grown right in the beer garden as well as selections from the Coney Island Brewery, which has an establishment right next door. The grub on the menu has also gotten updated, including new Lobster BLT's and smoked bratwurst.

Photos of the classic rides and attractions at Steeplechase Park, which stood right where the beer garden is, make up the decor of the interior alongside People’s Playground-themed artwork.