We Wish This City Would! 4 Best New NYC Transportation Ideas We're Absolutely in Love With

So, things are starting to look pretty bleak for the subway. If you've been keeping up, this is nothing new.

Recently, the MTA announced that it'd be closing more than 30 stations for as many as 6 to 12 months at a time.

If that news wasn't devastating enough, they shut down nine stops on the N train between Eighth Avenue in Sunset Park and 86th Street in Bensonhurst, and they're going to stay closed for 14 months.

Just when we thought it couldn't get any worse, the MTA hit us with the kicker. The announced the L train might not run between Manhattan and Brooklyn starting in late 2017, and lasting until 2020.

This is a tough blow both for the more than 300,000 riders who rely on the L train to get to work every day, and all the residents of Manhattan who love visiting Brooklyn and partaking in all the awesome activities off the L train.

Needless to say, we're just about done with the MTA. We're interested in other travel opportunities. Luckily, there are several initiatives in place to improve travel in New York City, and none of these initiatives involve the less and less reliable subway.

Read on to learn which NYC travel proposals we're so, so excited about. 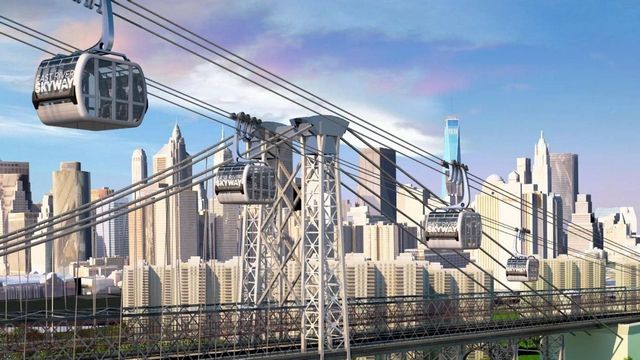 If the East River Skyway is put in place, all our transportation woes will be solved.

If the East River Skyway becomes a reality, we will be able to get from Delancey Street in the East Village to Williamsburg in five minutes.

We will be able to get from Williamsburg to Long Island City in 12 minutes, and travel with ease between the notoriously dead subway zone between Williamsburg and Brooklyn Navy Yards.

Bet you didn't think this plan could get any more excellent, but it can. This plan is green, as in, it creates no emissions. Plus, it's three times safer than buses and trains, and has the potential to transport more than 5,000 people per hour in both directions.

If this sounds as great to you as it does to us, help get the East River Skyway built by clicking here and offering support to the project by adding your name, email address, and comments at the bottom of the page. 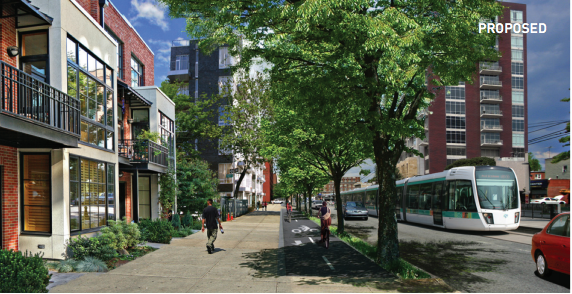 Plans are already in place to make this happen.

A committee of some of NYC's most prominent developers have merged to solve the problem of crowded G trains, and no transportation between Queens and Brooklyn.

The committee commissioned HR&A Advisors (the designers of the High Line) to determine the cost of building a street car or light rail that would travel from Astoria to Sunset Park, crossing through Red Hook, Williamsburg, and Downtown Brooklyn on its way.

"The funding issue is a critical one and part of the idea is to figure out if it can be self-financed with user fees or figuring out how to capture revenue streams from the areas that will benefit from it," said Regional Plan Association President Tom Wright.

The good news is that the light rail would not be operated by MTA. Wright said a private operator "would probably be a good thing."

Needless to say, if put in place, the light rail would make traveling between Brooklyn and Queens much less of a headache. 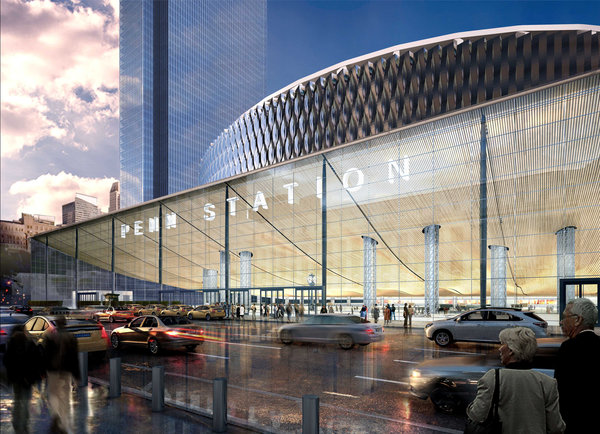 Which, if the MTA continues slashing our transportation opportunities, is something we'll desperately need. Plus, it definitely adds insult to injury having to ride low-quality subways to our low-quality train station to leave the city.

If Governor Cuomo has his way, he'll revamp Penn Station by adding a third track to the LIRR's Main Line, and spend $22 billion to improve roads and bridges upstate.

He also wants to build new air and rail terminals, new transit systems, and a much needed revamp of the Hudson River rail tunnel, plus he'd also build a gorgeous glass-walled entrance to Penn Station on Eighth Avenue.

The project would involve both sides of Eighth Avenue between 31st and 33rd Streets. The state is currently soliciting proposals from developers in tandem with Amtrak and the Metropolitan Transportation Authority.

The problem? The very first part of the plan is already behind schedule, as in, the request for proposals has not been issued.

Still, our hopes are high. This would improve our lives a lot. 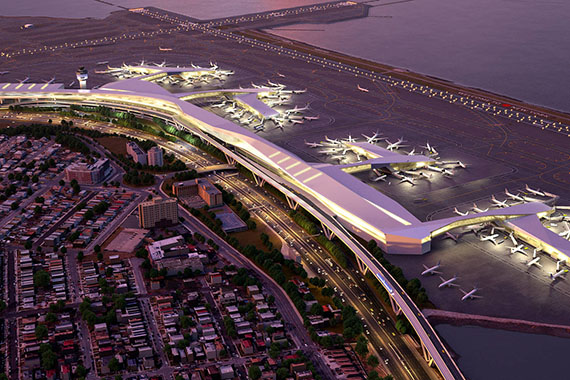 So, everyone knows LaGuardia airport is the absolute worst, right?

So, it's lame, and it makes getting out of the city difficult. Like we mentioned with Penn Station, it's really kicking us when we're down to have to ride terrible subways to a terrible airport.

Luckily, Governor Cuomo officially announced LaGuardia's revamp in July, with a plan to completely redesign and rebuild the airport. He plans to more than double the amount of space for travelers.

The new LaGuardia will have three terminals instead of two, 1.3 million square feet of space, and 35 gates for outgoing flights. It'll be designed to accommodate 17.5 million passengers, which is way more than the 8 million it's designed for now.

The great news about this proposal? It's actually happening. The first part of the $4 billion remodel will begin next year. Hallelujah!

Check out This First Look at What Open Subway Cars Will Actually Look Like in NYC!