#2ndAveEmotion: The MTA Officially Added 2nd Avenue Line to the Map, But When Is It Actually Going Down?

New Yorkers have been anxiously waiting for this extension to the Q-line - which will run from 96th street (Manhattan) to Coney Island-Stillwell Ave (Brooklyn) - for decades.

While the MTA has previously announced that they were aiming for a December deadline to begin running the first phase of the Second Avenue line, we were all understandably wary when it came to the eventual existence of this too-good-to-be-true subway addition.

Given the controversy surrounding funding for the expansion, New Yorkers were totally in the right to wonder whether the Second Avenue line was ever going to actually exist.

The MTA previously pandered to excited New Yorkers when they released a simulator that allowed you to virtually test drive the upcoming Second Avenue line.

Is the release of this updated map just another attempt to give us all hope that we'll see this expansion before our great-great-grandchildren?

At the very least this is something the MTA can't take back, which makes the Second Avenue line seem all the more real. 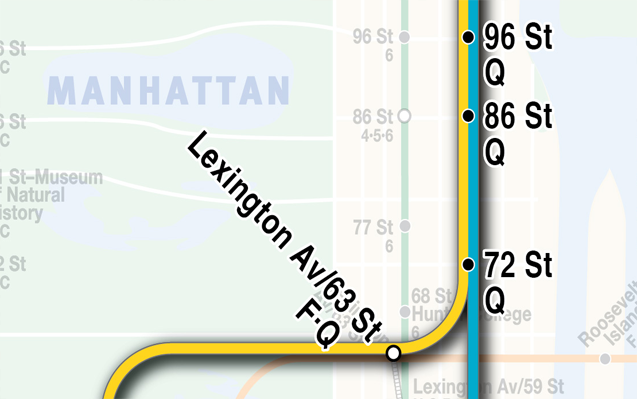 Of course, while we wait with baited breath for the 2nd Avenue Subway line, we’ve partnered with Transit Wireless to give away a free monthly MetroCard, $100 MetroCard, AND a smartphone that lets you use Transit Wireless’s widespread subway Wi-Fi.

Enter this giveaway above and take care of a month’s worth of MetroCard swipes– on top of another $100 you can use when that month’s up –but more than that, save yourself the huge bites you take out of your data plan by using Transit Wireless while underground.

Check out It's Going to Cost $619 Million to Replace Those Old NYC MetroCards.