This. Is. Reality. There's a Cozy Williamsburg Dumpster on Craigslist for $1200/Month

You know, you can't really buy an apartment in Manhattan for less than $1 million nowadays.

It's not really a surprise, is it? And on the other side of the East River, rent is just as high or higher than many parts of Manhattan.

Plus, the trend of micro-units-- those tiny apartments people are dying to live in-- has taken over the imagination of some New Yorkers, with the first micro-unit development going up in Manhattan right now and lots of demand, even in Queens.

But now, this tiny-to-pricey ratio has gotten out of hand. There's a dumpster in Williamsburg on Craigslist going for $1200 per month, and it looks pretty nice. We think.

It's not as expensive as that bodega storefront on AirBnB for $329/night, but it's also a dumpster. And it comes with amenities.

In fact, it's kind of like something out of Xzibit's Pimp My Ride but for garbage receptacles-turned-living spaces, featuring a sink, toilet, stove, deck, shower, barbecue, mini-bar, and even a retractable roof.

This dumpster is pretty impressive, and it turns out this is the work of designer Gregory Kloehn, who was featured on HGTV as part of the 2013 series, "You Live in What?"

The Craigslist ad reads, "This art deco hipster retro mini-apt from a converted dumpster is green-friendly... sustainable... trendy... all for $1200/month. Or $200/night." 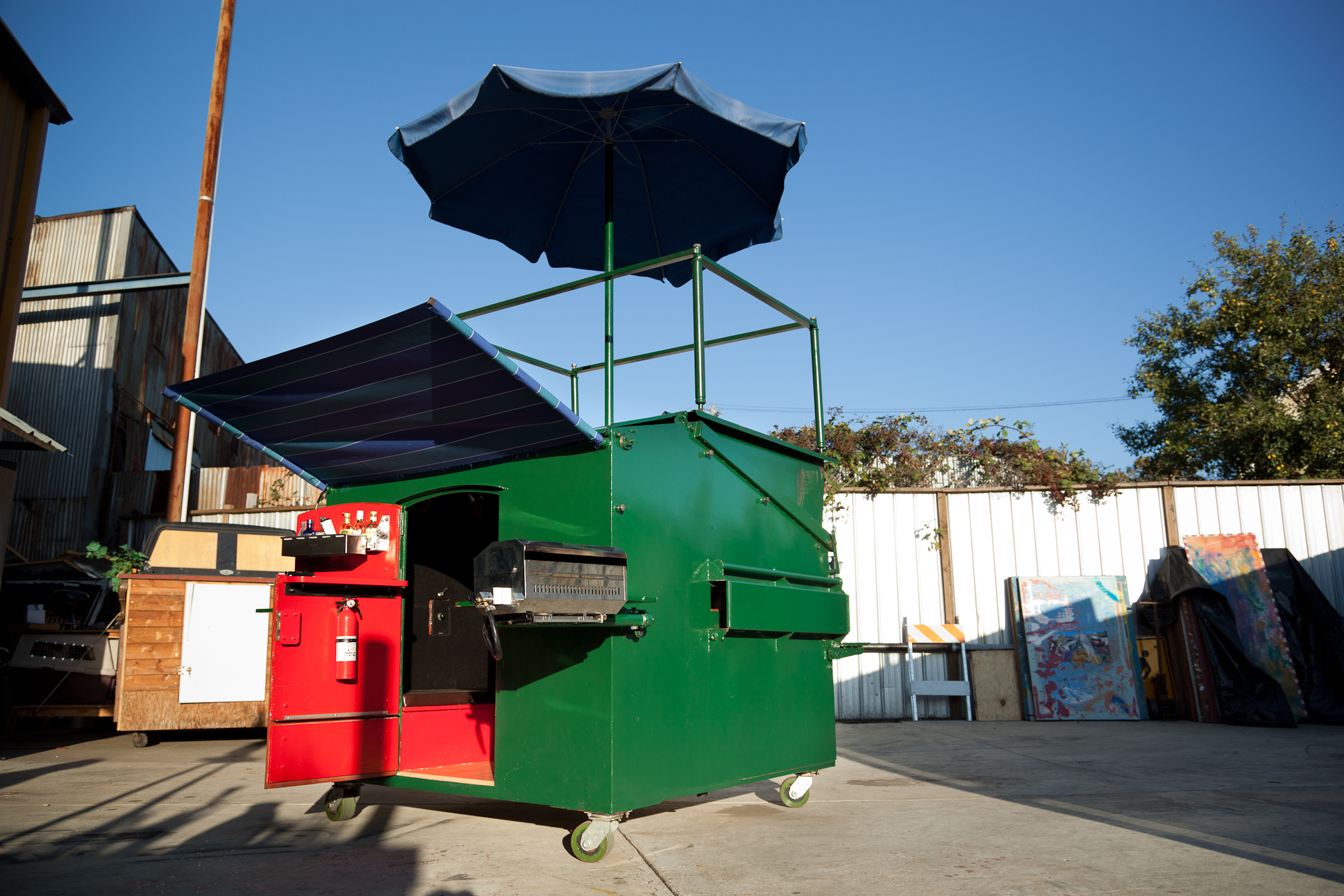 So what do you think? Is $1200 per month too much, not enough, or just about right for this? It's probably true that most other NYC units do not feature a bar and a mini-bar for that price, so there's that.

One thing is for sure, though, if you do park this thing next to a regular dumpster, you'll definitely be considered a gentrifier.

But whether that's considered a good or bad thing, we'll leave up to you to decide.