You Come at the King, You Best Not Miss: 9 Lessons We Learned from Grantland's Shutdown

Pour one out for Grantland. Pour two out. Pour the whole damn kitchen sink out. Mixed metaphor? Absolutely, but that’s what happens when you’re distraught, right? And as a startup media company in the throes of its first full year, it’s okay to admit, yeah, we’re—I'm—a little distraught.

This is not a eulogy, though. It’s easy to get emotional about the loss of a friend, and as a fan of their collective work over the last four years, I’ll consider them as such.

This is just a small-ish reflection on the lessons learned in the three days since ESPN said operation of the site has been suspended.

These are 9 important lessons we’ve learned through it, and we’re doing it in the style it deserves; one of the unspoken, wholly agreed upon pillars of Grantland’s appeal: HBO's original series, The Wire.

1. D'Angelo: Look, pawns man, in the game, they get capped quick. They be out the game early.
Bodie: Unless they some smart a** pawns. In this scene in The Wire, Bodie doesn’t exactly understand D’Angelo Barksdale’s chess analogy here. If Bill Simmons is a Barksdale, then the Grantland staff is a bunch of Bodie's, following him to prison (not that HBO is prison), or getting gunned down on the corner.

Bill Simmons isn’t king. Even if he was the face, content was king, and they had it all. Articles. TV specials. Videos (Bill Simmons helped create the 30 for 30 series, by the way). Podcasts available on Youtube, iTunes, and recorded live in different spots throughout New York City.

But as a millennial media company we survive by two abiding principles: content creation and distribution. In a climate where startups can barely make it out of the first year without imploding, it's important to remember that Grantland didn’t even need to suffer the pains of proper distribution.

This is Disney! This is the company that owns both the Marvel Cinematic and Star Wars Universes! Seriously. Sports Center, Mickey Mouse, and Captain effing America! Bill Simmons notoriously had an issue with how traffic was run to Grantland on ESPN, so, needless to say, distribution was an issue.

You would think that a site that never fails to mention Obama welcoming another sports team to the White House would feature a story on a writer interviewing Obama himself on the first page, right? Right?! You think a parent company would do right by the innovative content of its progeny, right?!

We can ask the hypothetical: If ESPN didn’t have it, would Grantland have survived on its own? But we lived in a world where it didn't need to, and ESPN totally botched it. Lesson: Fight like hell no matter what
*Secondary Lesson*: Truth will out.

Who knows exactly why this site collapsed? We don't have all the details. We're not insiders. We're not here to give the scoop. We have issue with ESPN's reasoning though.

ESPN has their nice little reason for it being suspended until further notice, but there’s no real context to it. Here are three main points prior to its end October 30th.

September 2014: Bill Simmons gets suspended for calling NFL Commissioner Roger Goodell a liar on his podcast, The B.S. Report.
May 2015: Bill Simmons’ contract is not renewed with ESPN.
October 9th, 2015: The exodus begins.

The B.S. Situation (what we’ll refer to as all things pertaining to conflict with Bill simmons) was everything in the end, but Executive Vice President Marie Donoghue fired the first shots when she told staff that they “shouldn’t worry, because whether or not Bill stays at ESPN, the company is committed to Grantland.”

The lie implicit here, the one that Slim Charles encourages us to fight on, is that Grantland could ever be anything but Bill Simmons. The more noticeable lie (hence the secondary lesson), is that ESPN was committed.

As melodramatic or tawdry as it might seem, Bill Simmons and Grantland seem to prove an exception to the idea that the individual doesn't mean more than the institution they represent. Even if that's a lie, you fight on that lie.

Lesson: The internet is as unknowable as we ever thought.

What does success look like now? Readership analytics? Unique visitors? Reach? As of last year, Grantland wasn’t exactly ridin' sexy in those categories.

But this year Grantland had an Oscar preview air on both ABC before the Oscars and ESPN weeks before. This year, Grantland’s Rembert Browne interviewed President Obama on Air Force One. If neither of those are, “Look, Ma! We Made It!” moments, then what the Hell is?

Of course, the internet is never as unforgiving as it is when you find out you lost your job at the same time everybody else in the world did.

Seriously, how bad does ESPN look right now? Not bad enough. They're not fighting for corners. They can suspend or not suspend anybody at any time with impunity. They can "let go" a full staff of writers over twitter.

Think of it this way: Stephen A. Smith still has a TV show, a radio show, and a penchant for sexist and absurdist commentary. He was suspended about six weeks before Simmons in 2014 for the godawful garbage he spat during the Ray Rice fiasco.

Simmons called Goodell a liar (which hasn’t exactly been disproven), and Stephen A. Smith suggested Ray Rice’s wife was almost as culpable in that situation… you know, the one where Ray Rice knocked her unconscious in an elevator.

One of these guys still has a job, and yep, it’s the same one who threatened Kevin Durant, an NBA superstar in saying, “You don’t want to make an enemy out of me.”

A guy who makes more than the average NFL player but doesn't really need the access more competent journalists need because apparently journalists don’t need to “talk to you to talk about you.” Needless hate? A little. But we can't blame Stephen A. for ESPN's ineptitude, right?

5. McNulty: If Snotboogie always stole the money, why’d you let him play?
Man on Stoop: Got to. This America, man.

Lesson: Every risk is worth it.

If you write, chances are you want people to read it. Grantland excelled at this. Yes. They wrote. People read it. It was a nice relationship for a while. But they wrote on just about everything, and they found a way to make it feel like, if anything, the very experience of reading it was something worthwhile.

For every in-depth breakdown of why Peyton Manning is better off dead, there's a column like "Bragging Rights." For every weekly mailbag from The Sports Guy himself, there was something like a power ranking of Boogie Nights characters.

They wrote truly powerful, complex pieces on Ferguson and beautiful podcasts on Baltimore. There wasn't a conversation they were afraid to engage in, and no matter how far off kilter content could have spun, it never felt off-brand. But what does off-brand actually mean? 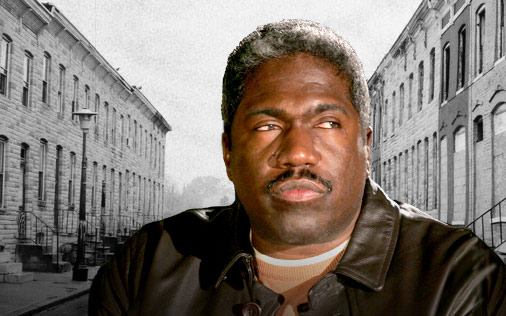 Lesson: There will always be consequences to sentiment and morality.

From the anti-millennial side of the boardroom, the writers doomed the site with their loyalty.

It’s important to note (albeit secondhand) that Bill Simmons, according to high ranking executives at ESPN, carried himself as very anti-big corporation, so much so that he was believed to be hated throughout the company by many. Whatever. That's personal. ESPN let it get too personal.

Simmons' personality was also described like a coach’s mentality. Fitting because ESPN likes sports. He roused the troops with this underrated, under-appreciated, counted out before the fight’s begun narrative.

"How are you underrated if you're number one?" self-described Simmons Haters ask. "Besides, he's not even the best writer there."

To the first, because someone still needs to stand up for their writers. Why would anyone ever believe a giant company might not have your best interests at heart? Where would they get an idea like that? Why would millennials ever leave big corporations?

We seek qualitative purpose, and someone who has our best interests, if not at heart, at the very least, in mind. That's not something only millennials deserve or should covet. It's what should be expected.

To the second, for an NBA analogy, Kevin Garnett hasn't been a top player in the league for at least 5 or 6 years, but he's been one, if not the most important person on every team he's been on. You don't build your team around the absolute best player, you build it around someone who wants you to be better. 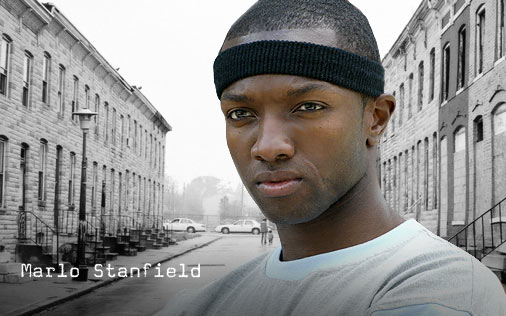 Too many times we forget how much we’re sharing, and even if we’re not sharing, we forget how easily we can be found and found out. Your name is your name. Simmons knows this, and while it’s why Grantland isn’t running anymore, it's also why there was still somewhere else to go immediately before it shut down.

The naysayers run and point fingers saying, "This is what happens when you build a site around one personality!"

No, no. This is what happens when you let one personality build something, and then you dump on what he's built. We're a workforce with empathy, and that's not a bad thing either.

ESPN knew what they were getting with Bill Simmons. He's snarky. He's intelligent. He can be an ass. These are just observations. If ESPN was worried he was too off-brand for them or that what he would build was going to be a little off-brand, then they made a mistake on day one.

8. “Shining up sh*t and calling it gold so Majors become Colonels, and Mayors become governors. Pretending to do police work while one generation f*****g trains the next how not to do the job.” - Lt. Daniels When people criticize millennials as lazy or entitled, what they’re getting at is that we’re a generation who can’t get our act together enough to fix the problems of the present. What they're more afraid of is that we won’t get it together in time enough to take care of them when they need it.

That’s fine. That’s a rational fear to have. Just say that though. Companies and talking heads need to refrain from telling anyone to get their act together when their solutions take the form of the ill-conceived, ill-prepared, or seemingly inept.

Millennials, we’re not draft busts. We just have the wrong GM’s (see: Kaaaaaahn!)

9. “There ain't no back in the day, n***a! Ain't no nostalgia to this sh*t here. There's just the street, the game, and what happen here today.” - Cheese Wagstaff 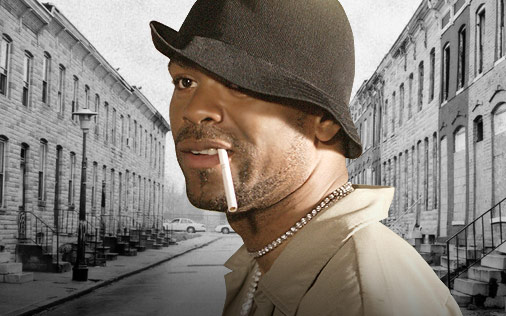 If you know anything about Grantland or The Wire, you knew this was coming. There's just the street, the game, and what happen here today.

Grantland and all of its contributors may not have known that they made us better readers, insufferable TV, Film, and music critics; that they made us want to be better writers, gave us a better reason to watch the game, or made us question why we watched the game at all, but I'd like to think that's why we create the shit we do.

Thank you for power rankings, bragging rights, podcasts, and just brilliant prose throughout. Your eye for the world is as enviable as ever because we're struggling to find it elsewhere.

But this is not a eulogy.

Check out Power Rankings: The Best 25 Characters from Scorsese's 'Goodfellas'.