Have you ever sat down near the door to a subway car, and somewhere along the course of your ride, you catch someone staring intently in your direction? Maybe their eyes dart, meet yours, and dart away quickly?

Chances are, they're from out of town and trying to read that subway map posted up behind your head

It happens all the time. Sometimes, the most likely tourist will ask you (the poor sap who inadvertently sat near the map), a series of questions expressing the fact that they have absolutely no idea how the subway works.

We feel your pain-- and a lot of other people do too. That's why there are oftentimes people trying to make the subway map better, or at least easier to read.

There's been a late night subway map, illustrating which lines are and aren't running after midnight and such, and there have been plenty of adaptations and redesigns.

But now that we have the Hudson Yards station extending the 7 line, and some other ongoing changes, it seems like an appropriate time to redesign the subway map for everyone, right?

So a man by the name of Tommi Moilanen updated Massimo Vignelli's sleek design for the year 2015, and here it is. 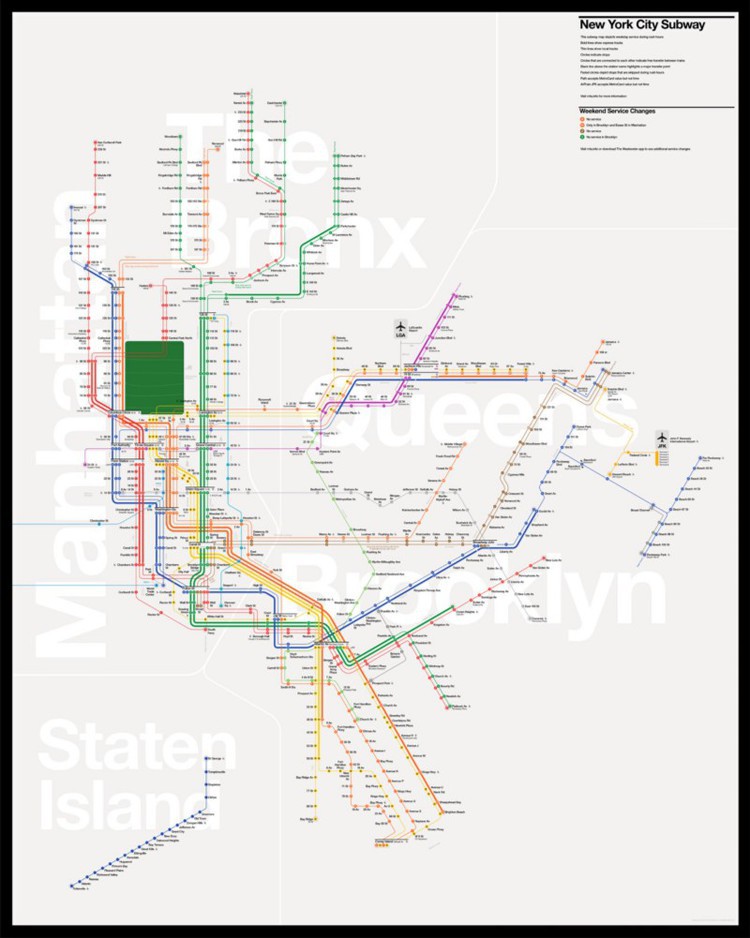 According to Miolanen, his idea was to "create a subway map that is beautiful to look at, easy to use and custom designed for New York City."

We'd say great job, but to us the jury's still out. Can a newbie New Yorker read this map so quickly that he or she doesn't need to bother anyone on the subway or make it awkward for the person sitting under the map, or standing next to it on the platform?

That much is yet to be seen. But, Mr. Miolanen, your redesign looks clean, and it's definitely an upgrade from what we currently have.

So kudos to you for that, sir.

Does This NYC Subway Map of Calories Prove We Walk the Most of Anyone in the Entire Country?