Whomever you voted for, can't we all agree that we're going to miss the epic bromance between Barack Obama and Joe Biden?

You know Pence is never gonna ever truly bro with Trump–he's from Indiana, where men can only legally compliment each other if they follow up by screaming, "NO HOMO!" and going straight to a three-hour mass (coincidentally, it was Pence who wrote this law himself).

Anywayyy, Joe Biden's exaggerated internet persona is nothing new– he's starred in many a Borowitz Report, Onion article, and meme.

Foiled by a stern President Obama (although we bet IRL he's waaay more chill, we gotta say), Uncle Joe has been providing us with internet gold for 8 beautiful years.

However, post election, Biden and Obama memes exploded in unprecedented numbers, rising like a phoenix from the ashes of– idk, it's just been a really depressing week and these helped. Thank you, meme-rs of the interwebz.

The only downside? Looking at these also serves to remind us of every little reason we will miss the coolest President and VP we'll ever have.

Or at least, we'll miss making up improbable conversations between them.

Trying to imagine any potential conversations between our new president elect and his VP is significantly less fun. A little more oppressive and apocalypse-y and yeah, definitely less fun.

1. Biden's always got our back 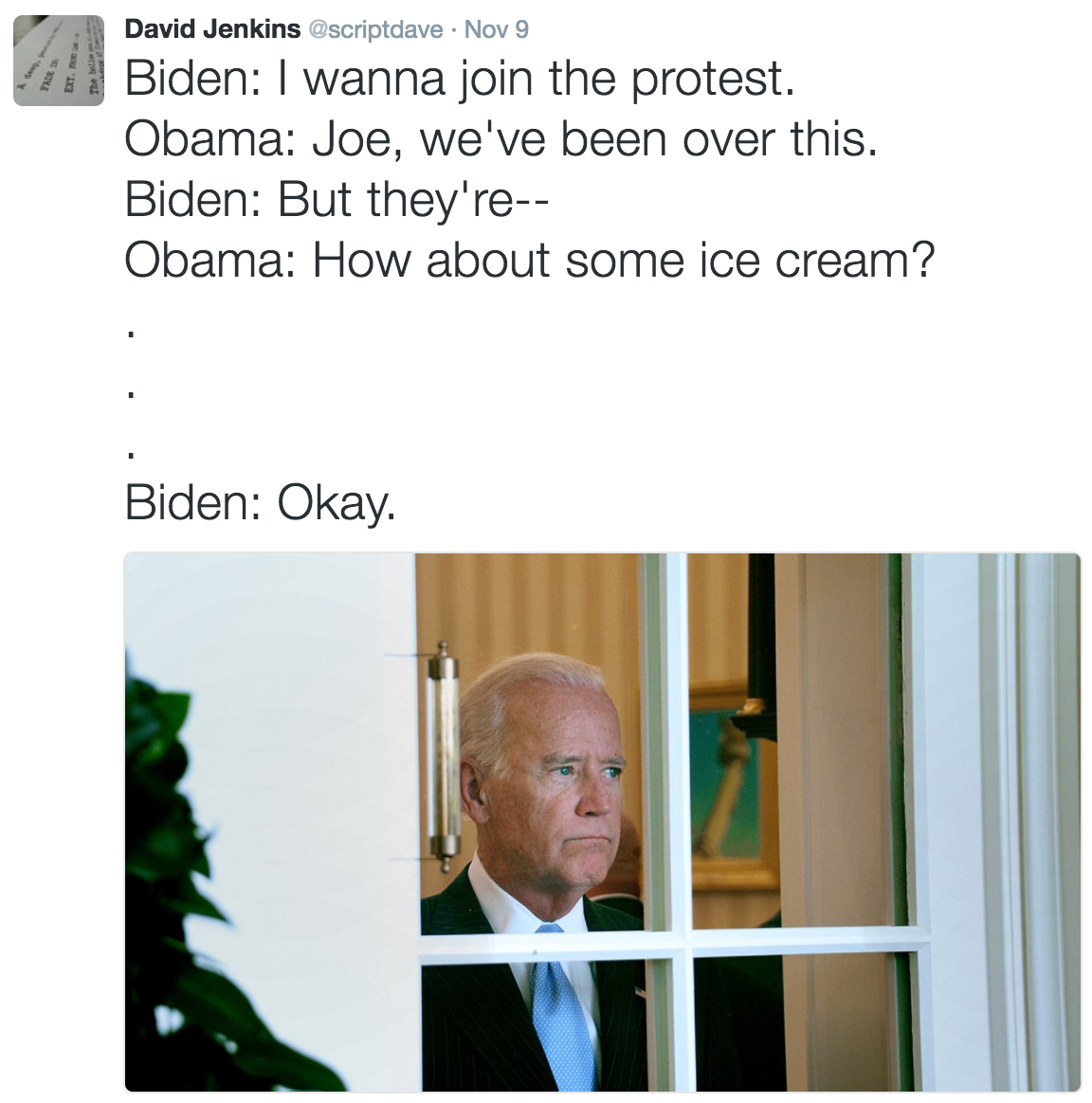 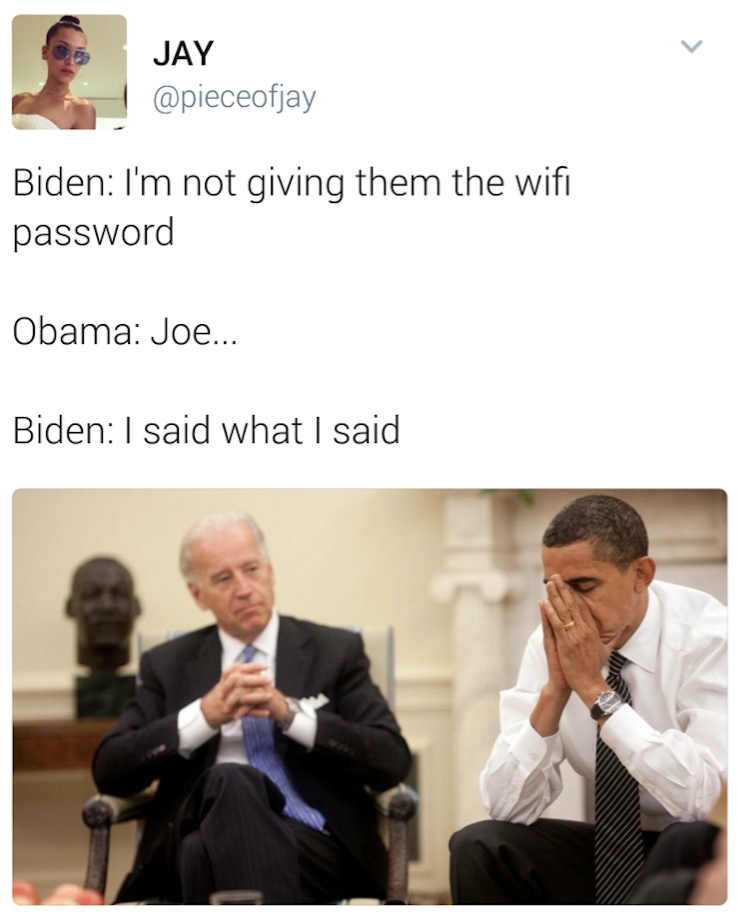 7. Leave a Quran in there too

11. RIP memes, they will never be the same 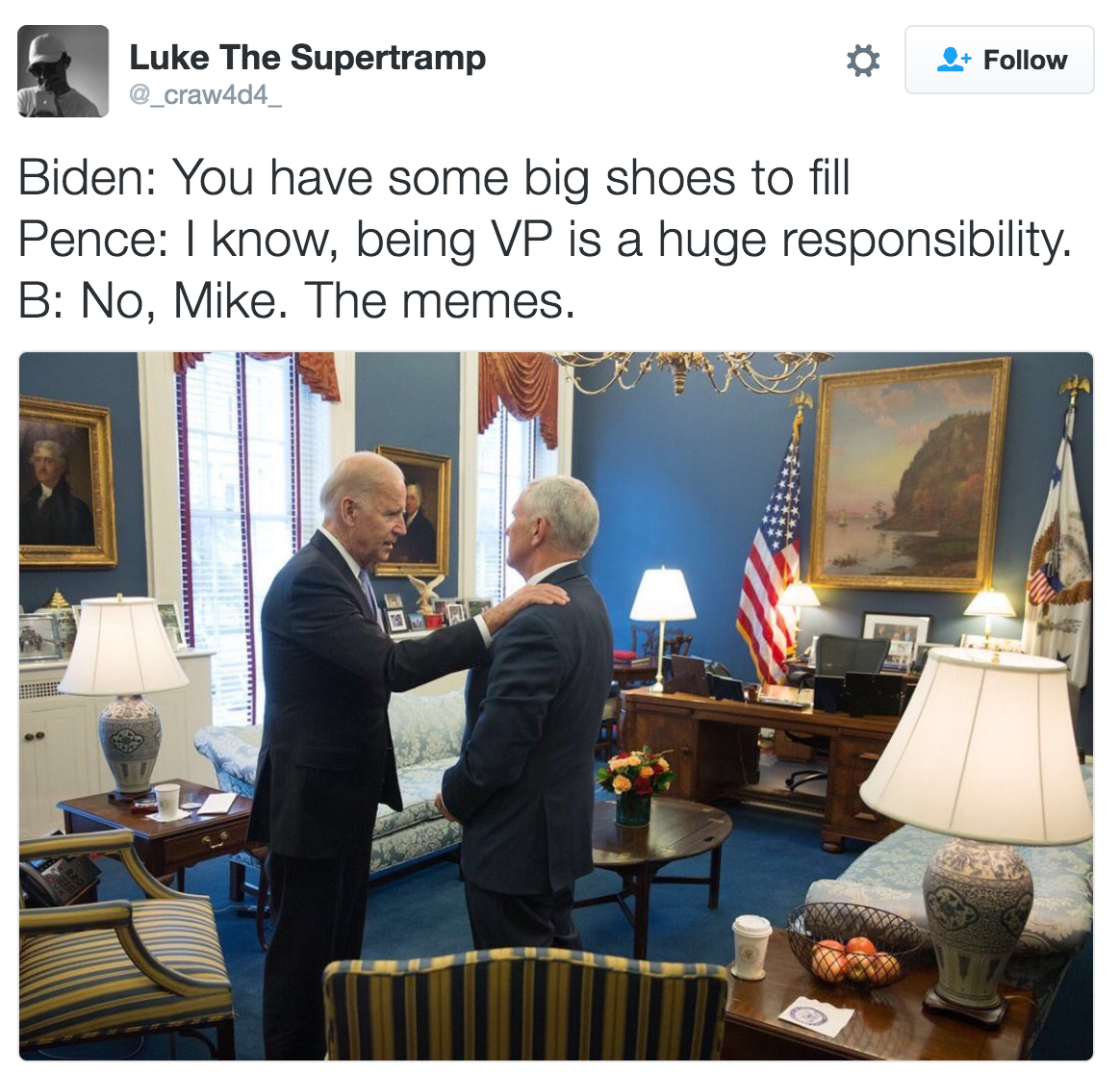 13. The bromance to end all bromances 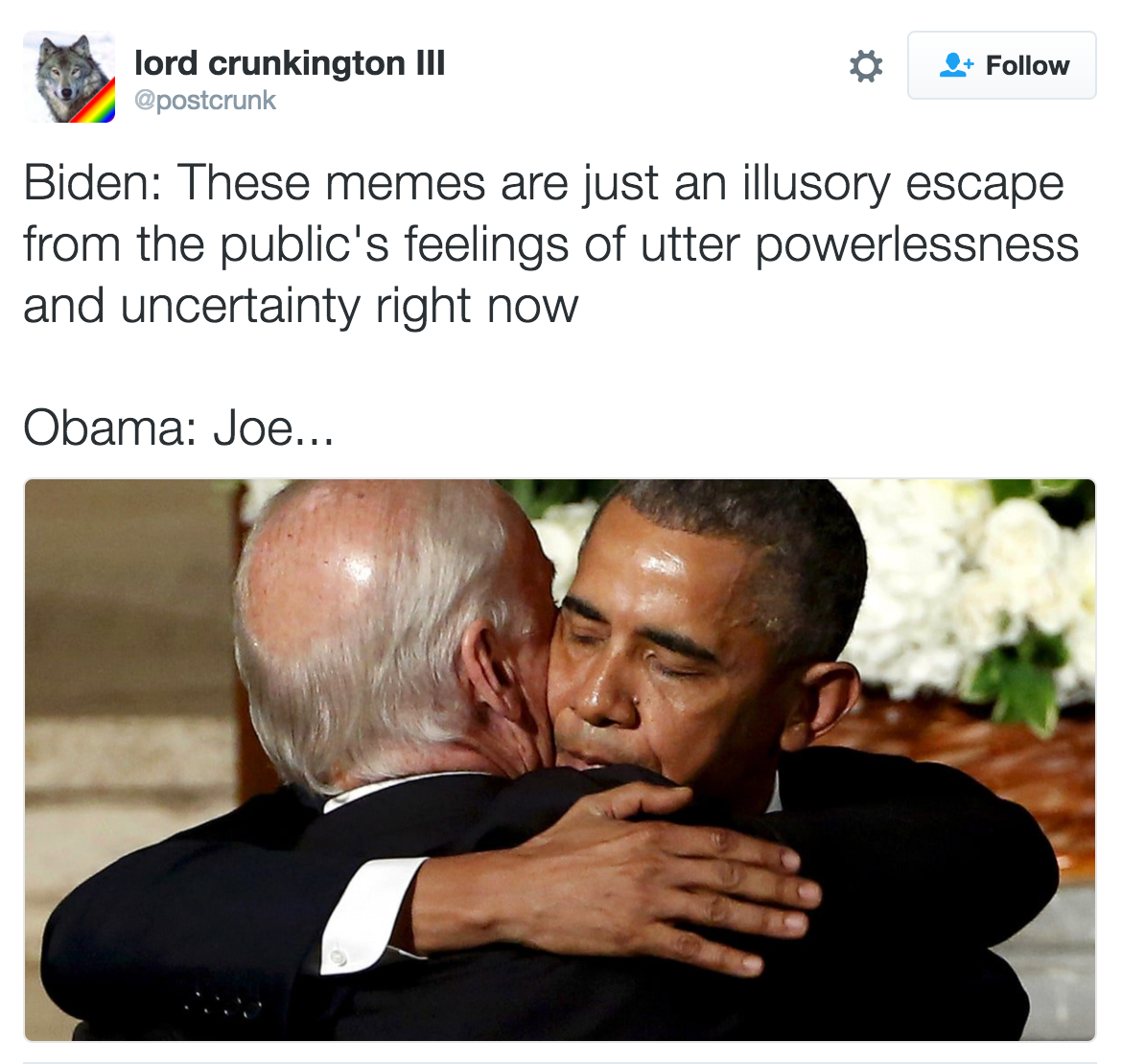