Well, we've got to tell you. If you were hoping to slap your eyes on some famous paintings and works of art, you are absolutely in the right city to do it.

We mean, you do know New York City tends to get referred to as 'the cultural capital of the world,' right?

Right. So that's why NYC's most famous museums: the Museum of Modern Art, The Metropolitan Museum of Art, the Guggenheim, the Whitney and the Brooklyn Museum, house some of the world's most famous paintings.

Are you in NYC and about to tour some museums? Excellent. You're in for a treat. Read on to feast your eyes on the world-famous paintings housed in world-famous NYC museums. 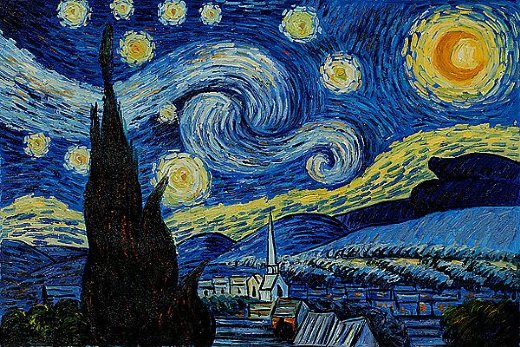 This is one of the most famous paintings in the world, and we're lucky enough to have it in our city. To be precise, it's at MoMa.

It was painted by Vincent van Gogh - yes, the same guy who cut off his own ear. The painting depicts the view from his window at the Saint-Rémy-de-Provence asylum.

It's been at the MoMa since 1941, and sadly only achieved its current level of fanatic stardom after van Gogh's death.

2. The Persistence of Memory by Salvador Dali (MoMa) 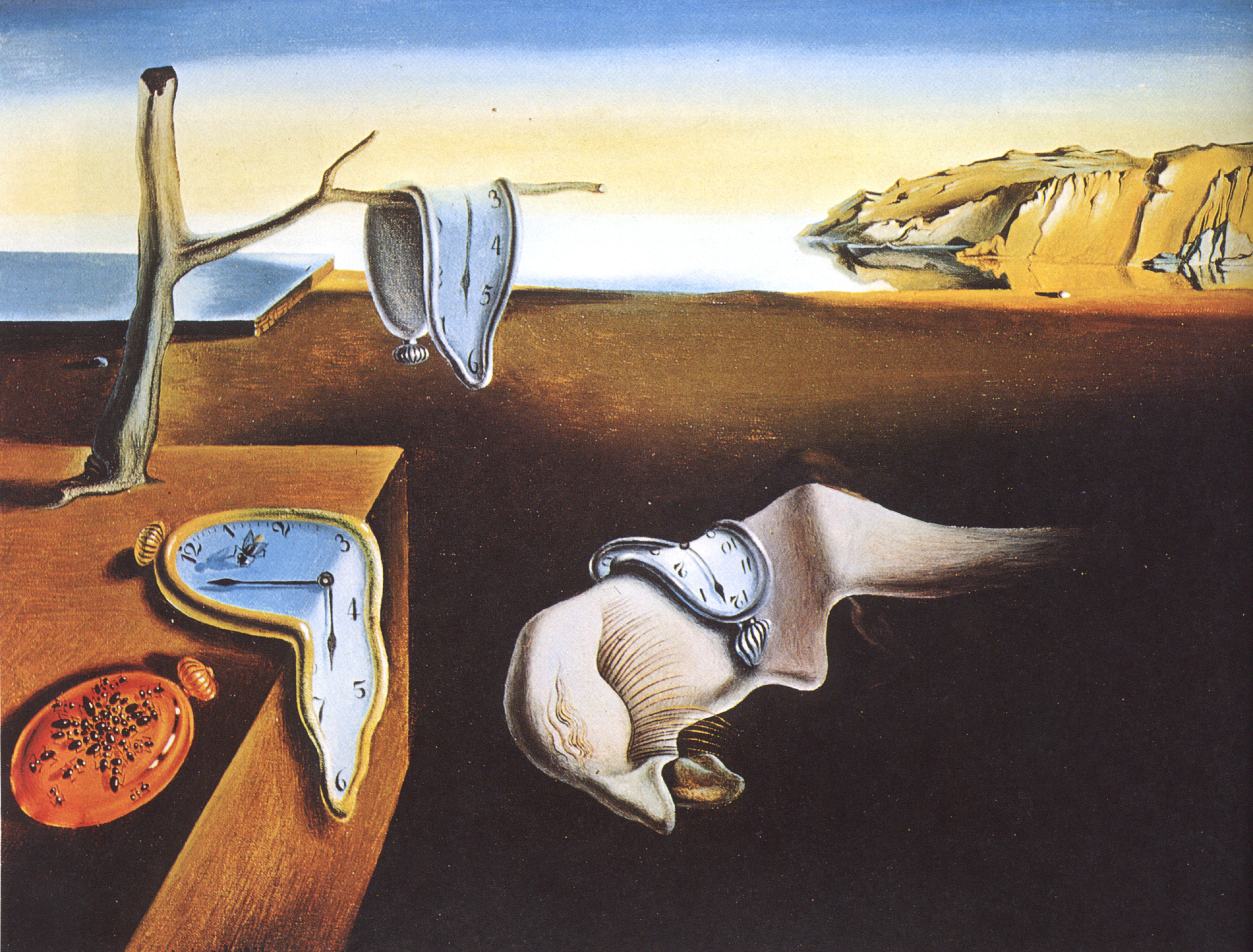 Dali's seaside landscape masterpiece, "The Persistence of Memory," was based on the seaside cliffs where he lived in Catalonia, spain.

The theme of the painting is clearly time. The melted watches convey significance, as do the swarming ants. 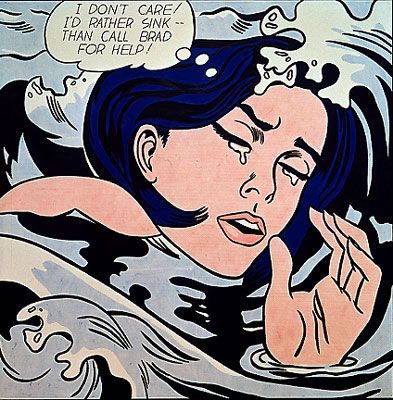 This 1963 painting is our favorite. Probably because to us, it represents the existential quandary of humanity. No other species would die because they were too proud to ask for help.

Lichenstein appropriated comic book imagery in many of his paintings, and the inspiration for this one is from "Run for Love!" The lead story in DC Comics' Secret Love #83.

It's been in the MoMa's permanent collection since 1971, so you should come check it out.

4. Fulang-Chang and I by Frida Kahlo (MoMa) 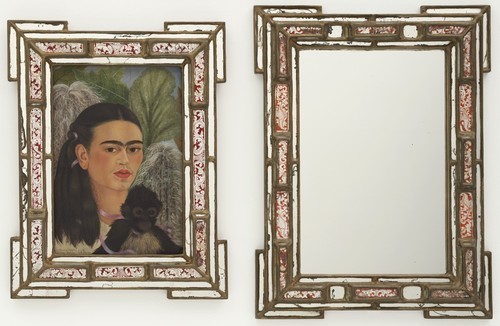 Oh, Frida, how we love you so.

Yes, NYC is a city that celebrates Frida. Like, for instance, there was a whole Frida exhibit called "Art, Life, Garden" at the New York Botanical Garden last summer.

It's an intriguing portrait, and it's showcased in the MoMa's Painting and Sculpture collection. It's created in the echoes of Renaissance paintings.

It was painted in 1937, and first displayed in Kahlo's only solo exhibition in the United States during her lifetime at the Julien Levy Gallery in 1938. It currently sits on the fifth floor of the MoMa in Painting and Sculpture I, Gallery 11.

5. The Water Lily Pond by Claude Monet (The Met) 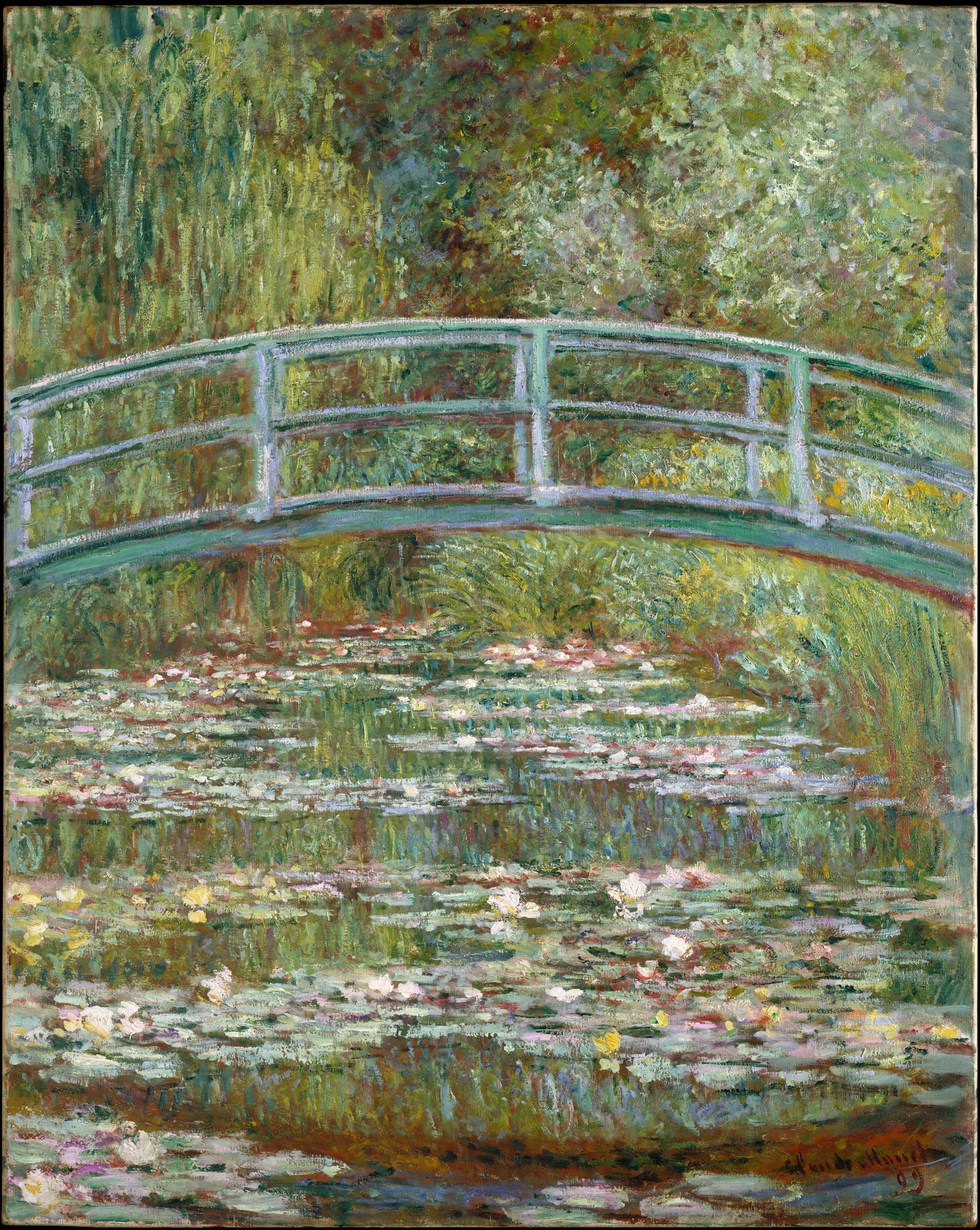 This painting, which lives permanently at the Metropolitan Museum of Art, is just one of the more than 250 oil paintings Monet made of water lilies.

Really, we dare you to love anything as much as Monet loved water lilies.

It was painted in 1899, during a time where Monet created twelve paintings of water lilies over a wooden footbridge. Before Monet painted the water lilies, he planted them.

6. The Death of Socrates by Jacques-Louis David (The Met) 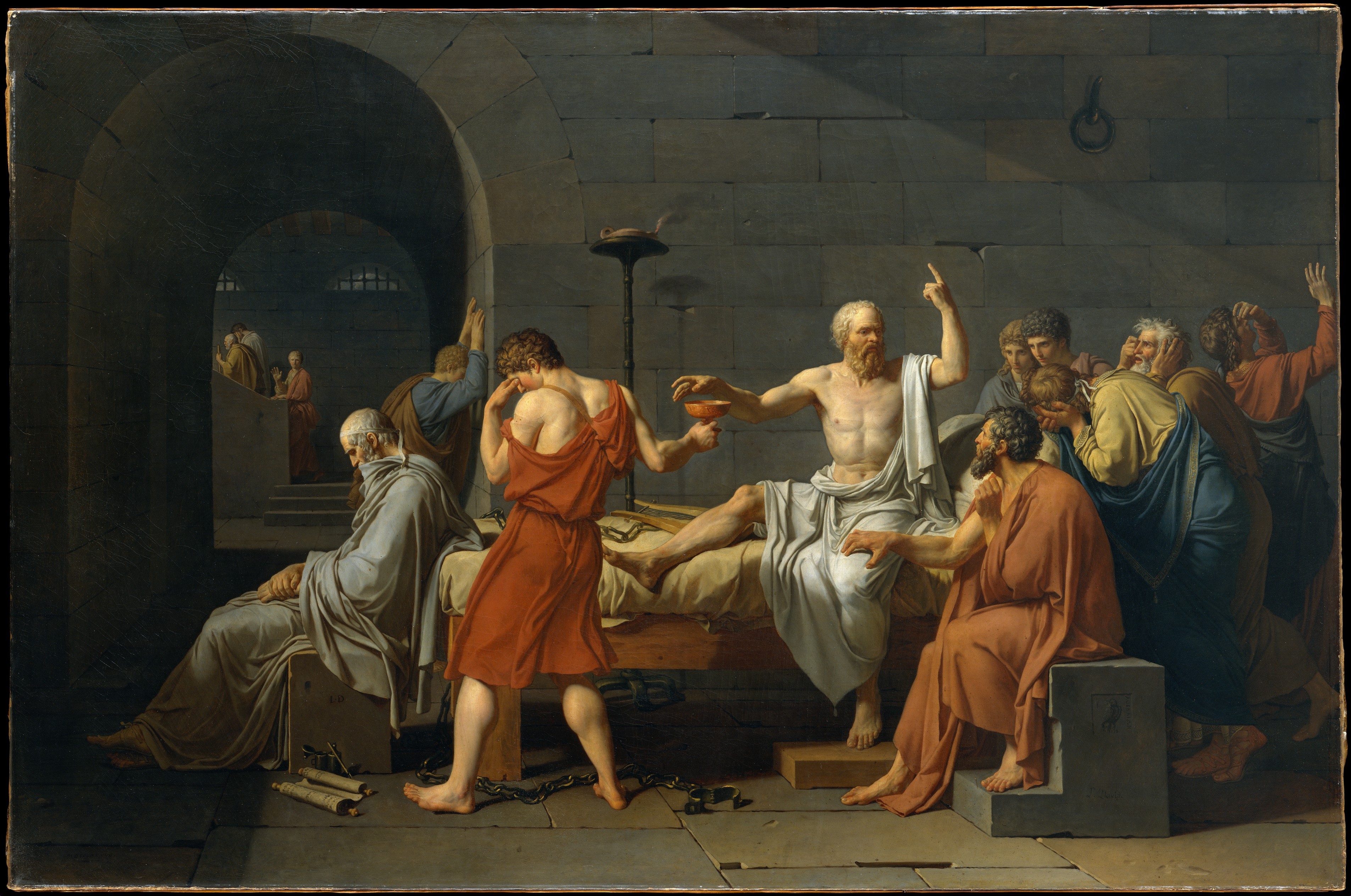 This oil on canvas painting was created by Jacques-Louis David in 1787.

It's a permanent fixture at The Met, housed in the Catharine Lorillard Wolfe Collection. It depicts Socrates' having been accused by the Athenian government of denying the gods and corrupting the young.

Socrates had the choice of renouncing his beliefs or dying by drinking a cup of hemlock. The painting depicts socrates about to drink the hemlock, surrounded by his grief-stricken disciples.

This Egyptian temple at the Met will completely take your breath away. If you're in NYC and you're wondering what's worth seeing at a museum, this is definitely it.

Carvings of papyrus and lotus plants line the temple's base, as well as figures of the Nile god Hapy. The temple's two columns rise toward the sky like bundles of papyrus stalks. 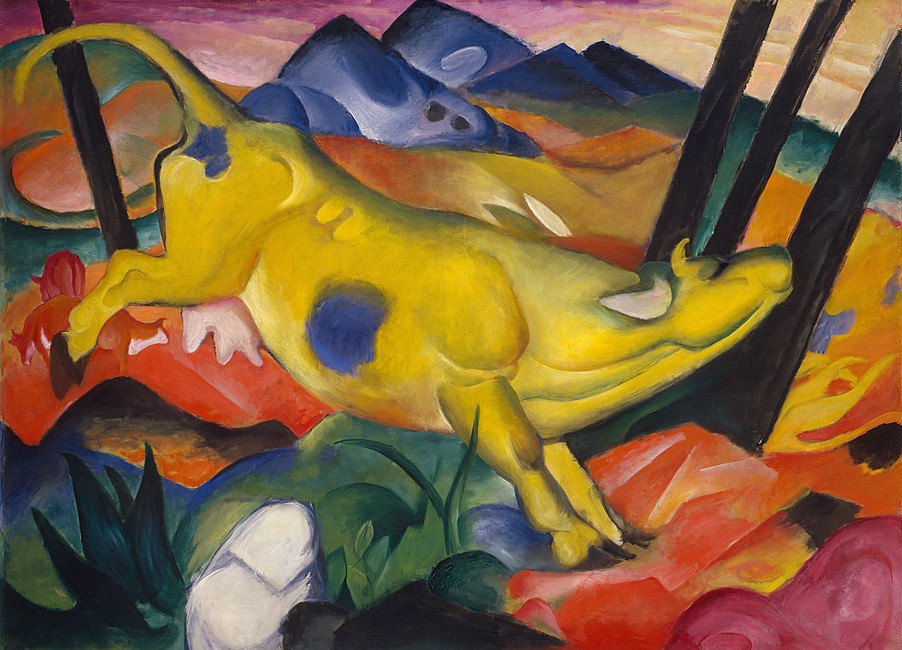 Housed at the Guggenheim and created in 1911 by Franz Marc during the Expressionism movement, The Yellow Cow represented Marc's passion for animals.

"People with their lack of piety ... never touched by true feelings. But animals with their virginal sense of life awakened all that was good in me," Marc wrote. 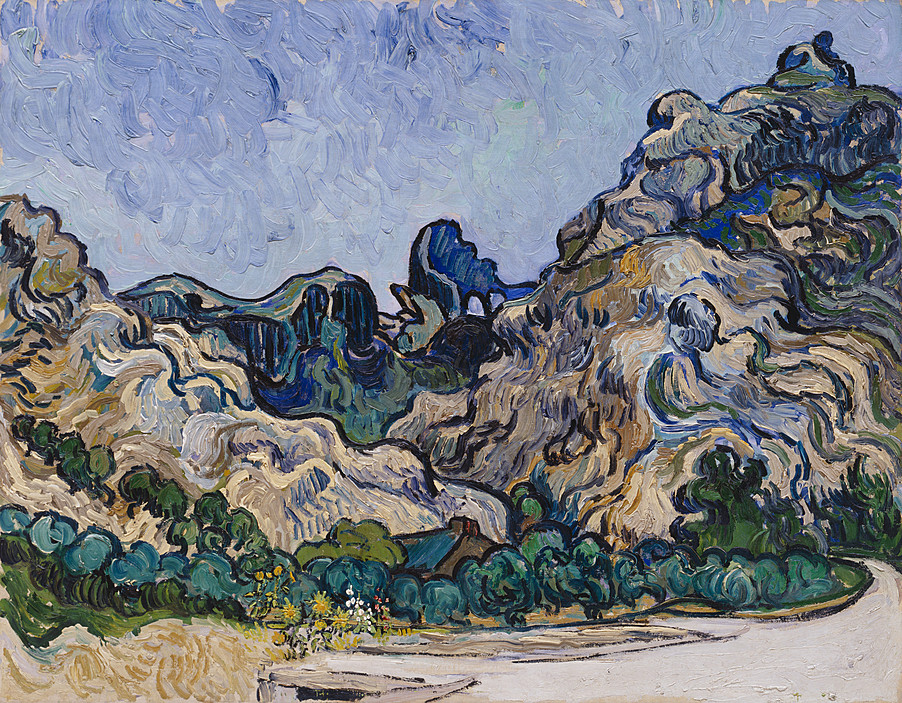 Well look at that. The MoMa is not the only NYC museum with a painting by van Gogh.

The Mountains at Saint-Rémy is one of van Gogh's most stunning works. It doesn't hold a candle to The Starry Night, in our opinions, but it still makes us catch our breath.

It was painted in July of 1889 while van Gogh was suffering an attack of mental distress at the hospital of Saint-Paul-de-Mausole in southern France.

The painting lives at the Solomon R. Guggenheim Museum, which is just as stunning architecturally on the outside as its vibrant paintings are on its inside. 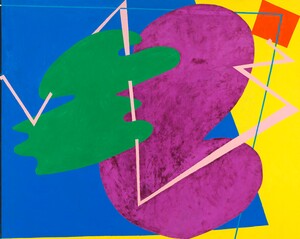 Murray often used lines, shapes, and colors associated with comic strips, as well as abstraction in her oil paintings.

Murray said the painting itself "grew out of a confidence about being able to lay down the colors and put in the goofy shapes that were beginning to emerge."

Murray made Children Meeting when she was a young mother, and was witnessing her children play every day.

11. A Ride for Liberty -- The Fugitive Slaves (Brooklyn Museum) 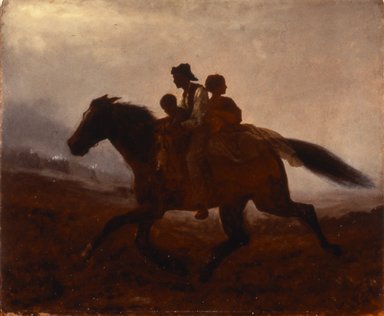 On display in the American Art section on the 5th floor of the Brooklyn Museum, "A Ride for Liberty -- The Fugitive Slaves" was painted by Eastman Johnson in 1862.

Johnson said he based the painting on an actual event he witnessed on March 2nd in 1862, days before the Confederate stronghold ceded to the Union in 1862.

It was a part of the collection "Facing History: The Black Image in American Art" in 1990, but is now a permanent part of the Brooklyn Museum's collection.

Check out the 7 NYC Museums to Cross Off Your Bucket List ASAP.